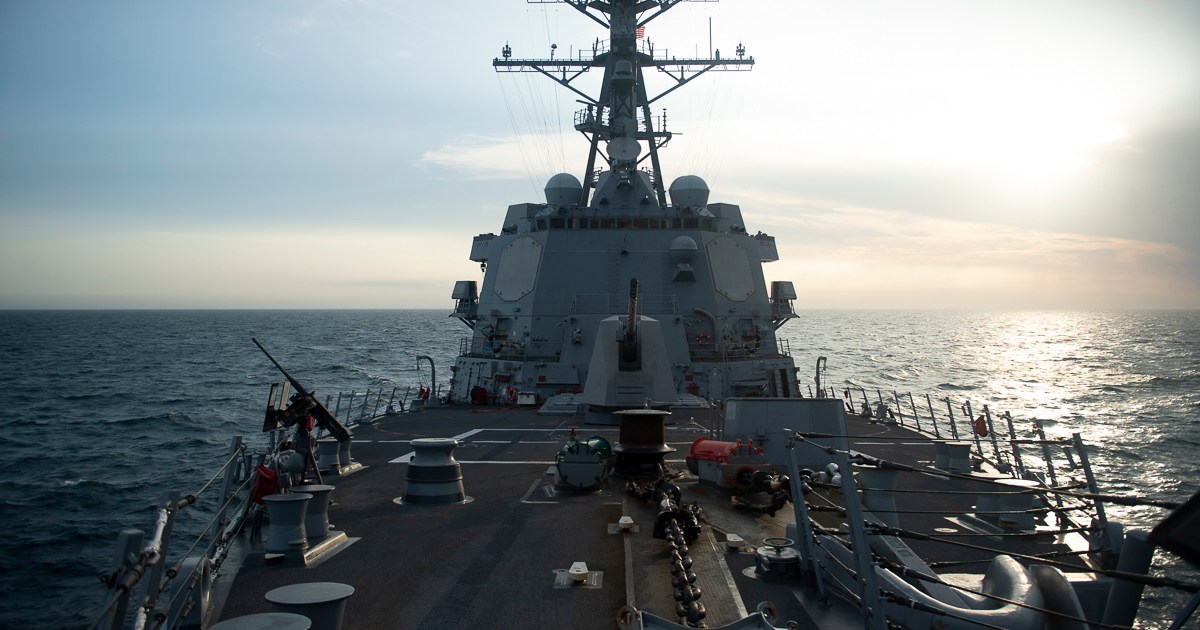 USS Sampson conducted a monthly patrol of the Strait, which the US regards as international waters

China’s military has accused the United States of undermining regional peace and security after it sent a naval destroyer through the Strait of Taiwan on Tuesday as part of a routine freedom of navigation exercise.

The People’s Liberation Army’s Eastern Theatre Command accused the US of “provocative” naval activities and said the move sent the “wrong signals to ‘Taiwan independence’ forces” in a brief statement.

The US regularly sends destroyers through the strait, although sometimes other allies such as France might send a naval patrol in its place.

The 180km (112 miles) wide South China Sea waterway separates China from Taiwan and its outlying islands, all of which are claimed as sovereign territory by Beijing.

The US regards the Taiwan Strait as international waters.

The US 7th Fleet said the USS Sampson had sailed from north to south through the strait on Tuesday.

“The ship’s transit through the Taiwan Strait demonstrates the United States’ commitment to a free and open Indo-Pacific,” the 7th Fleet said in a statement after the event. “The United States military flies, sails, and operates anywhere international law allows.”

Taiwan’s Ministry of National Defence also confirmed that the destroyer had sailed from north to south as part of a “routine” patrol.

The US does not formally recognise Taiwan, a self-ruling democracy also known as the Republic of China, but in practice, is one of Taipei’s closest allies.

Beijing regards the US patrols as a show of support for Taiwan and President Tsai Ing-wen, whom Beijing has labelled a “separatist”.

The US has pledged to help Taiwan defend itself if it were attacked by China, although its promises fall short of a promise to intervene.

US Secretary of State Antony Blinken on Tuesday told US lawmakers that Washington remains committed to helping Taiwan defend itself and build up its asymmetric defence capability to ward off any attack, according to the South China Morning Post.