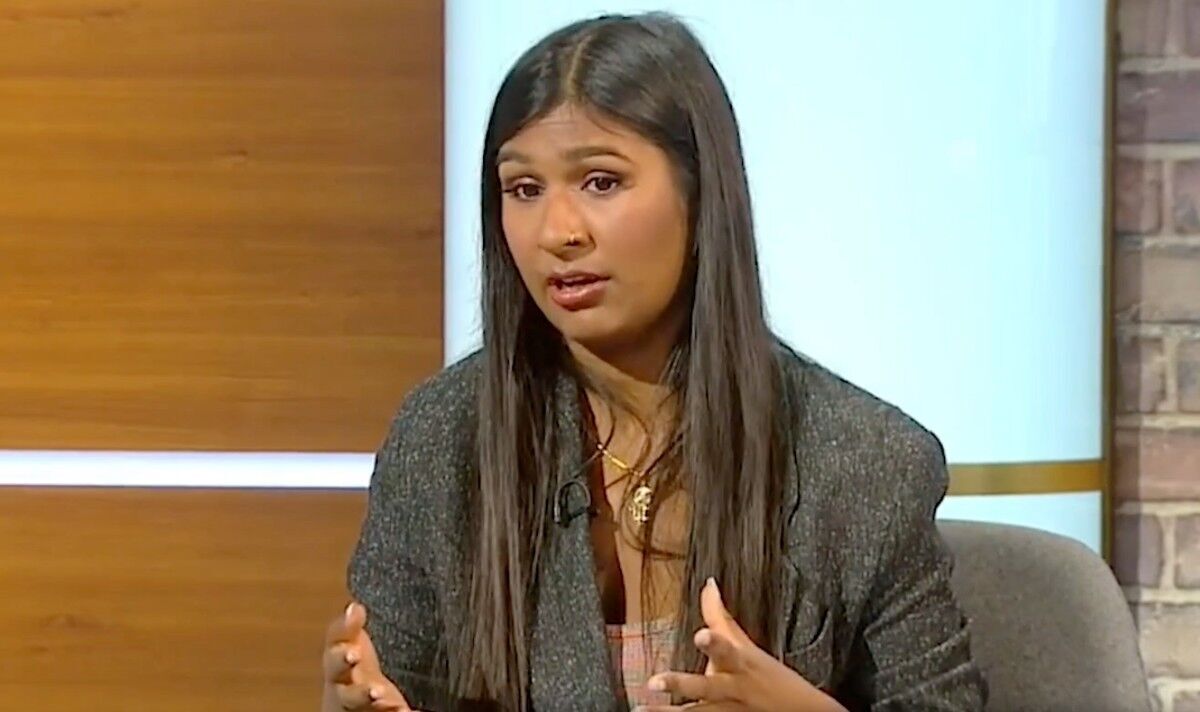 Corbynista Ash Sarkar has branded the culture around the Royal Family “warped” during an anti-monarchy outburst on Jeremy Vine. The left-wing pundit was asked to share her view on Prince Harry and Meghan Markle being banned from the Buckingham Palace balcony during the Queen’s upcoming Jubilee celebrations.

Ms Sarkar told Jeremy Vine: “I don’t care about these people, the only dysfunctional family I care about is my own.

“I just think that this is a horrible cartel, a monstrous hybrid of private people with public responsibilities and the fact that we obsess over them, that we end up putting in the same category two people who’ve become emotionally distant from the family, and somebody who was accused of having sex with a trafficked minor just shows how warped the culture around the Royal Family is.

“I think chuck them all in the bin,” she added.

Recently surfaced plans for the upcoming Platinum Jubilee have determined that the Buckingham Palace balcony appearance by royals at the end of the Trooping the Colour ceremony will be limited to working members of the family only.

The decision, which will see Prince Andrew, Prince Harry, and Meghan all excluded was taken “after careful consideration”, according to the Palace.

Nevertheless, the new arrangements have been taken as further evidence of the gulf between the Duke and Duchess of Sussex and the rest of the Royal Family since the pair chose to leave the firm and set themselves up in the US two years ago.

Prince Andrew has also fallen out of favour with senior members of the Royal Family following his civil sexual assault case with Virginia Guiffre which ended with an out-of-court settlement.

British soldiers will perform the Trooping of the Colour on June 2 to mark the beginning of four days of national celebration for the Queen’s 70 years on the throne.

Her Majesty is said to be”looking forward” to the landmark occasion.

A Palace spokesman said: “The Queen is looking forward to the weekend and will be taking part in the celebrations but her presence will not be confirmed until much nearer the time or even on the day itself.”

The move to limit the members of the Royal Family joining the Monarch will see a total of eighteen people join her on the iconic terrace.

A Palace spokesman said: “After careful consideration, the Queen has decided this year’s traditional Trooping the Colour balcony appearance on Thursday, June 2 will be limited to Her Majesty and those members of the royal family who are currently undertaking official public duties on behalf of the Queen.”

In addition to the new balcony protocol, there will be no ceremonial journey to the service of thanksgiving at St Paul’s Cathedral on Friday, June 3 as the 96-year-old monarch, who is facing mobility issues, will use a different entrance rather than scaling the steep steps.

The 18th century Gold State Coach will however appear on the streets of London for the first time in 20 years when it leads the Jubilee Pageant procession on Sunday, June 5.