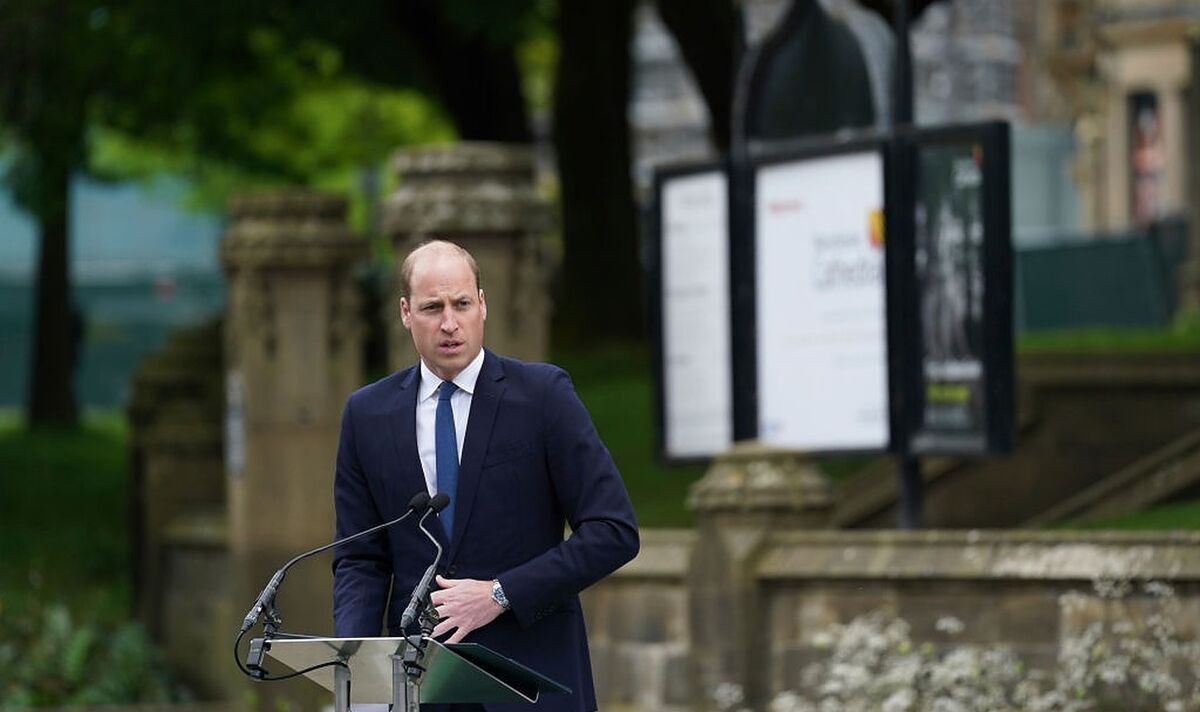 The Duke and Duchess of Cambridge paid tribute to the victims of the 2017 Manchester Arena terror attack by attending the opening of a new memorial. Travelling from London to Manchester for the poignant engagement, William and Kate were seen arriving at the Glade of Light Memorial on Tuesday afternoon.

The memorial commemorates the victims of the attack which took place at Ariana Grande’s concert five years ago on May 22.

It honours the 22 people whose lives were taken in the horrific attack, as well as remembering everyone who was left injured or affected.

William and Kate attended a service which was held alongside the memorial, where the Duke gave some short remarks, addressing his own experience with grief.

William, who attended a National Service of Commemoration at Manchester Cathedral in May 2018, said: “I remember only too well the shock and grief on the faces of those I met when I visited Manchester in the days following the atrocity.

“And the rawness of emotion at the Commemoration Service, held at your Cathedral just here, a year later.

“Five years on I know that the pain and the trauma felt by many, has not gone away.”

His speech was applauded by royal fans who couldn’t stop praising the couple for paying tribute to the victims.

A Twitter user, Crystalawrey, tweeted: “Bless you for going! So many children were killed there. So many lives were destroyed by evil that day! No one should ever forget that night so it’s not repeated.”

A second Twitter user, Annasoftsoul, added: “Thank You for your service, for the love and compassion you show towards everyone. Thank you for your resilience and maturity. We are proud of you two!”

A third user, Tamplintwins, wrote: “Lovely speech, hopefully it brought some comfort to the loved ones of those who lost their lives.”

William also addressed his experience as he added: “As someone who lives with his own grief, I also know that what often matters most to the bereaved is that those we have lost are not forgotten.

“There is comfort in remembering. In acknowledging that, while taken horribly soon, they lived. They changed our lives. They were loved, and they are loved.

“It is why memorials such as the Glade of Light are so important. Why Catherine and I so wanted to be amongst you today.”

A fourth Twitter user, Royallybelle, tweeted: “The Duke of Cambridge has arrived at the State Opening of Parliament in his role as a Counsellor of State. This just screams ‘Future King’.”

Another, Verouchki1700, tweeted: “A truly beautiful speech: understanding, warmth and hope for all who were affected by the tragedy.”

Twitter user, Linnyb2709, applauded the royal couple: “Compassion, sincerity, love, a brilliant speech from William for the people of Manchester.”