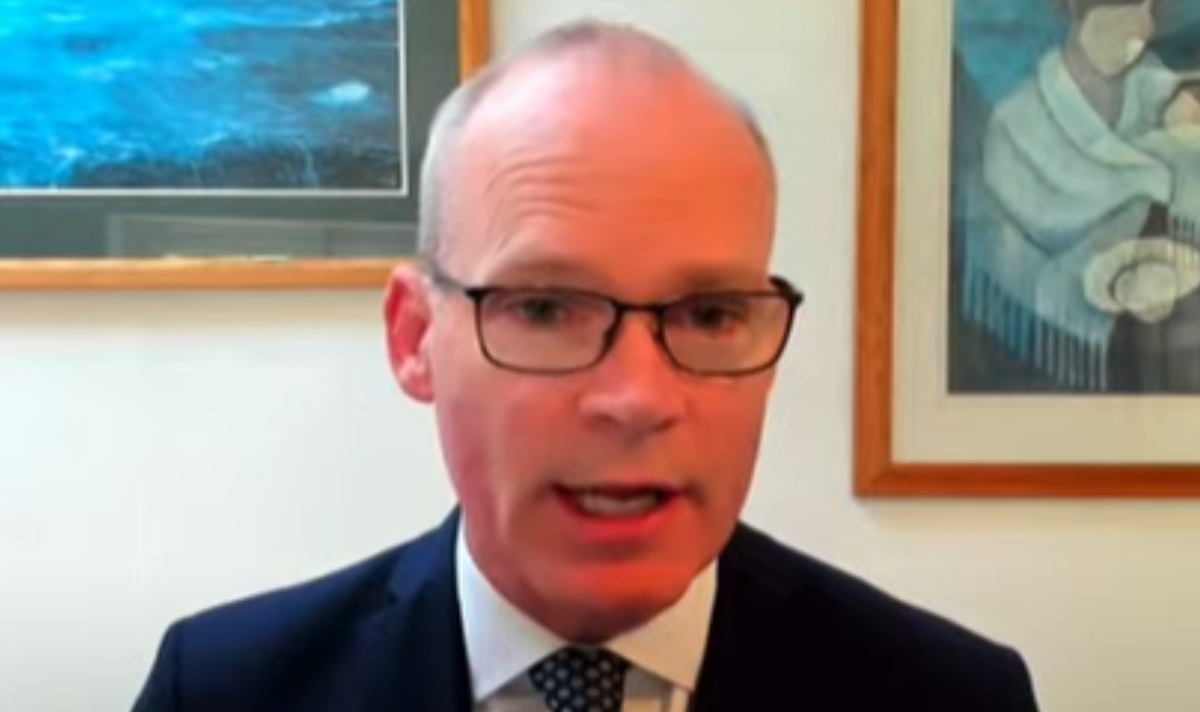 Mr Coveney said: “Well first of all just to correct something that you said.

“The EU hasn’t threatened anything, not a trade war not anything else.

“What the EU wants is a partnership so that we can work together, to resolve the issues that remain in relation to the protocol.

“Which of course was designed to try and manage the disruption of Brexit on the island of Ireland.

“Particularly at the moment given what’s happening in Ukraine, Russian aggression and the need to work together on an international stage.

“But unfortunately it has been the briefings that have come from the British Government this week that has raised a real red flag in Dublin and in Brussels.

“Because the British Government is now threatening to break international law to break a treaty that they signed with the EU, and that they designed.”

When discussing working in partnership with the UK Government, Mr Convey added: “But you know sabre rattling and grandstanding in Westminister, ratcheting up tension is not the way to do it.

“And what I am saying, and I’ve invited Liz Truss to come to Dublin to talk to me in detail about those concerns.

Due to the concerns that have arisen about the possible scrapping of the Northern Ireland protocol, a spokesperson for the Foreign Secretary issued comments.

A Foreign Office spokesperson said today: “The Foreign Secretary outlined why EU proposals would take us backwards, by creating more checks and paperwork.

“Vice President Šefčovič confirmed that there was no room to expand the EU negotiating mandate or introduce new proposals to reduce the overall level of trade friction.

“The Foreign Secretary noted this with regret and said the situation in Northern Ireland is a matter of internal peace and security for the United Kingdom, and if the EU would not show the requisite flexibility to help solve those issues, then as a responsible government we would have no choice but to act.”