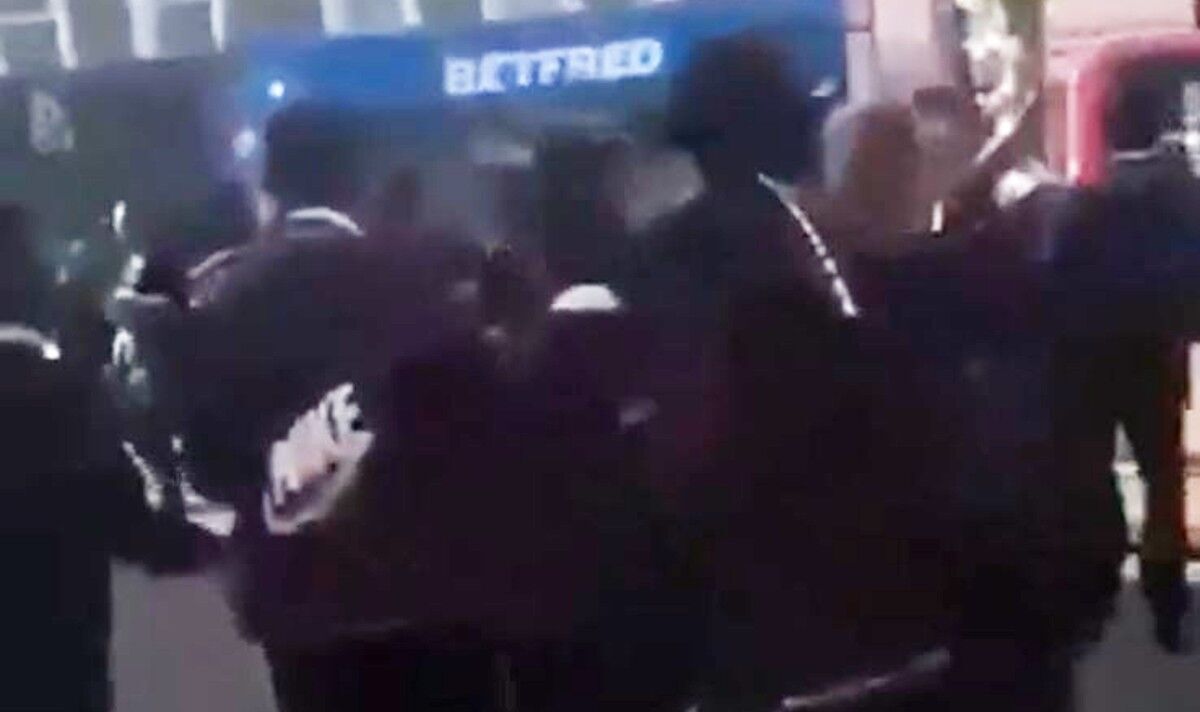 The incident occurred on Tuesday afternoon in broad daylight in Croydon, south London. The Metropolitan Police said the woman’s injuries were “not life-threatening”. The force said that the boy – whose name has not been disclosed for legal reasons – remained in custody and that investigations were ongoing.

Police and the London Ambulance Service were called to Grosvenor Road, a small street a short walk away from Norwood Junction Overground, at 4.35pm yesterday.

It followed reports of a tussle between a group of young people and a woman, said to be aged in her 40s.

A video of the incident has circulated on social media, which appears to show the woman being attacked by a boy carrying a knife.

The Met asked that the footage not be shared further, in case it risks prejudicing future litigation.

Detective Sergeant Danielle Power, of South Area Command, said: “We understand the concern that will spread through our communities in relation to this horribly violent incident and would like to reassure parents and local residents that enhanced, highly visible patrols will take place at the end of the school day to reassure pupils, their parents and the wider community.

“We continue to work closely with the local school and to support the victim.

“We are aware of footage circulating on social media and ask that this is not shared further to avoid prejudicing any future legal proceedings.”

In a statement released today (Wednesday), Croydon Metropolitan Police Service said: “Police were called at 4.35pm on Tuesday, May 10, to reports of an altercation between a woman and a group of youths at Grosvenor Road, SE25.

“Police and London Ambulance Service attended. At the scene a woman, aged in her 40s, had suffered a slash wound. Her injury was not life-threatening.

“A 15-year-old male was arrested on Tuesday, May 10, on suspicion of grievous bodily harm [GBH]. He remains in custody at this time. Enquiries are ongoing.”

Anyone who witnessed this incident but has not yet spoken with police has been asked to contact the Met Police, quoting 5441/10May.