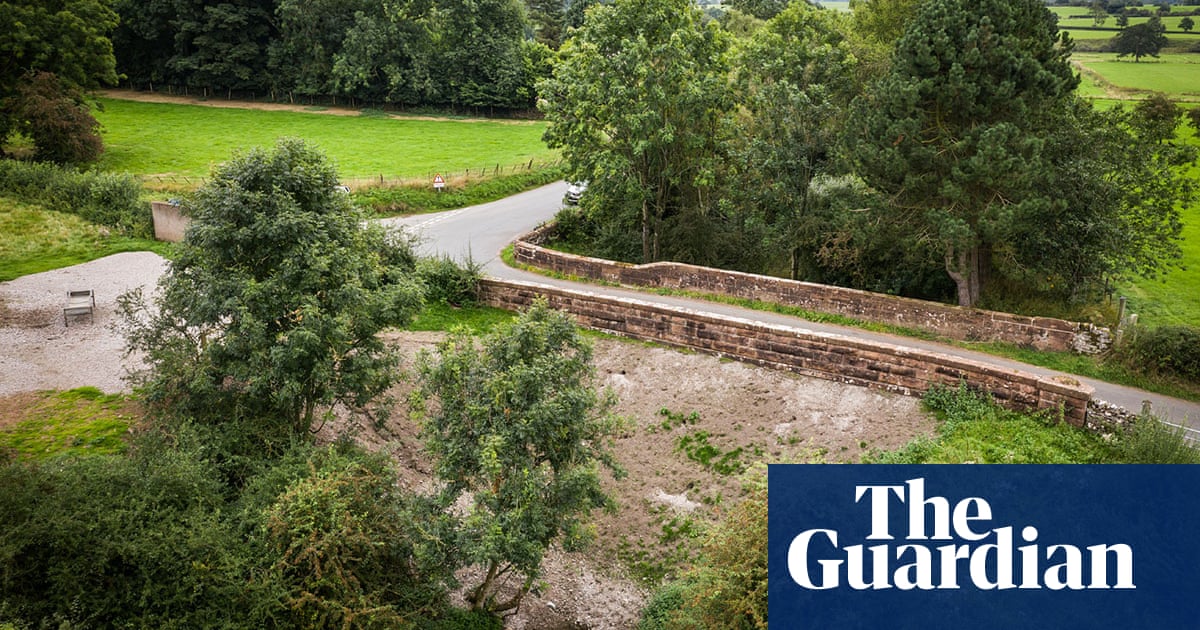 The UK government’s roads agency is facing hundreds of objections a week to its decision to bury a Victorian bridge arch under concrete in a move widely condemned as “cultural vandalism”.

National Highways (NH) was forced to apply for retrospective planning permission for a decision last May to pour 1,000 tonnes of concrete and aggregate under the arch of the bridge in Great Musgrave, Cumbria.

Since the agency submitted the application to Eden district council at the start of last month, the council’s planning department has received 795 objections and only nine expressions of support.

A council spokesperson said: “It’s unusually large, but is not surprising given the strength of local feeling about the issue.” A national outcry last year about the Great Musgrave infill project prompted government intervention to pause NH’s plans to infill dozens of other Victorian bridges across England.

If the council rejects the application, NH will be obliged to restore the bridge to its former condition at an estimated cost of £431,000, in addition to the £124,000 it spent on the infilling work.

Campaigners argue that restoring the bridge will help allay fears about the resumption of NH’s previous plans to infill or demolish up to 78 other historical bridges.

Graeme Bickerdike, a member of the HRE Group, an alliance of engineers and sustainable transport advocates campaigning to reuse the historical railway network, said: “While it remains infilled Great Musgrave bridge will stand as a monument to National Highways failure and dishonesty.”

He says the Musgrave bridge requires only £20,000-worth of pointing repairs to make it safe enough to carry 40-tonne loads.

In its planning objection to the project, the HRE said it was an “opportunistic act of liability reduction, surrounded by deceit, hysteria and questionable competence”.

It accused NH of inventing safety fears about the bridge to justify the work. “There was no evidence of an impending emergency; the powers were being abused,” the objection said.

A NH spokesperson denied it had behaved dishonestly. A spokesperson said: “We consulted with the planning authority which told us that it considered the works to be permitted development. Infilling was the most cost-effective solution for this weak bridge.”

The HRE Group has established that 15 other historical bridges due to be infilled by NH using emergency powers, including one near Saltash designed by Isambard Kingdom Brunel, have since been removed from NH’s works programme. “How can ‘emergencies’ at 15 bridges have simply disappeared into the ether?” Bickerdike asked.

Phil Dew, an Eden councillor and chair of the Upper Eden Railway Heritage Partnership, said: “This was a case of cultural vandalism and desecration of a highly valued structure. Any issues would have been far better resolved by maintaining the bridge in a proper way. The two railways have been ridden roughshod over.”

Bickerdike added: “Planning is decided on the quality of the objections, not the volume, but what 795 objections does show is that the public is not happy about this and that’s an important message.”

National Highways’ head of Historical Railways Estate programme, Hélène Rossiter, insisted that infilling the Great Musgrave bridge was crucial for public safety and that “all relevant processes and procedures were followed” before the bridge was infilled.

She pointed out that those hoping for an Eden valley railway under the bridge have yet to find funding or provide a date for the project. But she added: “We’ve committed to reversing it [the bridge infill] if a viable future use for the track bed beneath the bridge is found, that has all necessary approvals and is ready to be delivered.”