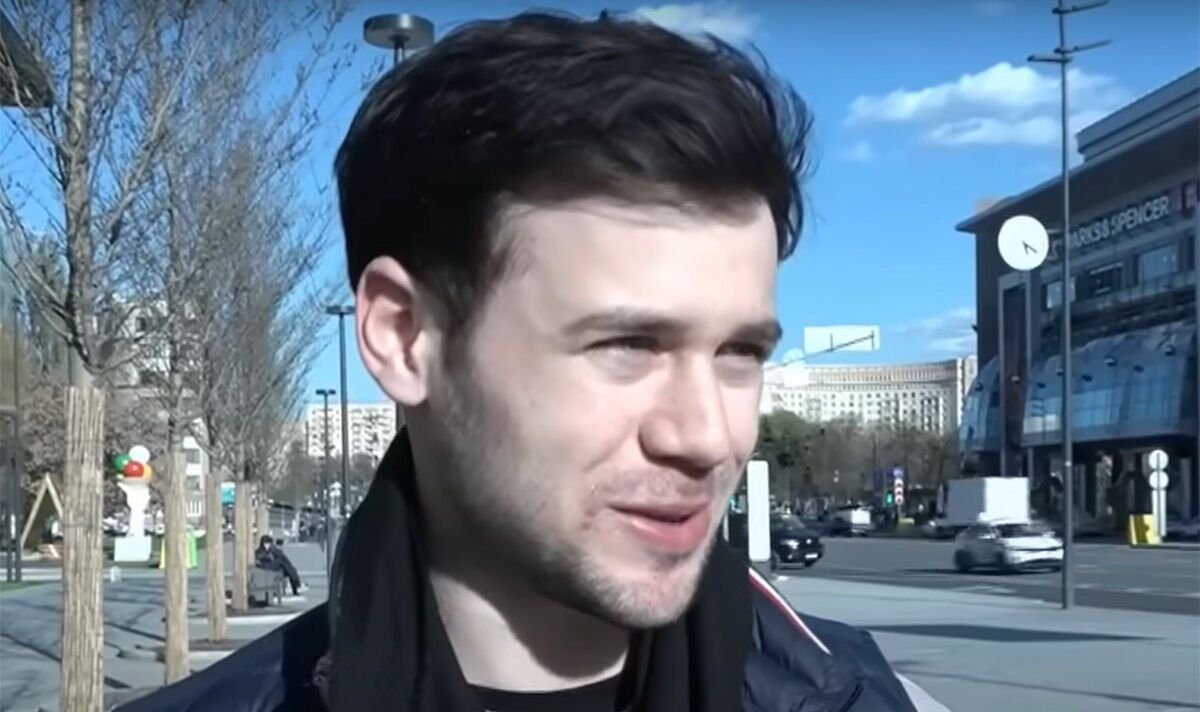 Russian reservists have been contacted and called into recruitment offices as Vladimir Putin moves towards a “national call-up”. Civilians in Moscow reacted to the reports with panic, telling Sky News that they were “very afraid” of being called up. The fear of mass mobilisation comes ahead of Monday’s Victory Day parade, where it is suspected President Putin might announce the drastic plans.

Another said: “If you’re interested in whether I would like to go, no, I don’t want to.”

A third added: “As a law-abiding citizen, I wouldn’t have a choice, so it’s not my choice.”

Human rights groups say Russian reservists are being contacted in what could be the start of a general mobilisation and an all-out war.

Mr Waghorn reported: “There is fear that the Russian Government could soon call them up to fight in Ukraine.

“Russia denies general mobilization is about to be announced.

“But human rights groups claim that reservists are already being contacted by authorities in what could be the first stage of a national call-up.

“Reservists have confirmed to Sky News that they are being called into recruitment offices.”

Mr Wallace claimed that Putin has “been rolling the pitch, laying the ground for being able to say, ‘Look, this is now a war against Nazis, and what I need is more people'”.

Ukraine’s intelligence and security chiefs echoed this prediction, suggesting that the Kremlin might be preparing for a broader mobilisation.

It is thought that Russia has suffered significantly depleted ranks in its struggling invasion force.

Western officials estimate Russia’s death toll may already be as many as 20,000 — 5,000 more war dead than its armed forces suffered in Afghanistan over 10 years.

Thousands of soldiers will march across the Red Square in Moscow on Monday to mark the 77th anniversary since victory in what Russia calls the Great Patriotic War.