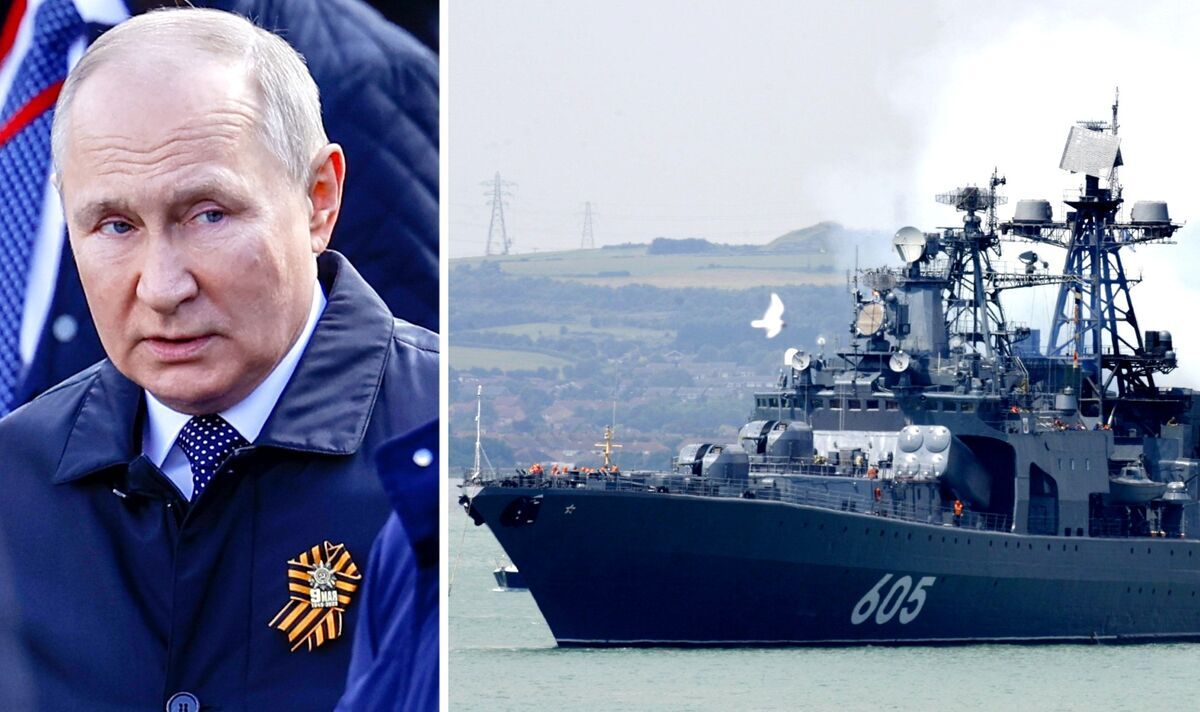 The Russian warship, Admiral Levchenko, is reportedly showing signs that her engines and generators have been active. The move comes seven years after the ship was retired from service. In 2021, it was reported the ship would be modified in order to return to the Russian fleet.

Repairs on the ship began at the start of 2021, taking place in the city of Snezhnogorsk at the Nerpa shipyard.

The repairs were planned so that the ship could rejoin the fleet by the end of 2022.

But there have recently been reports that the ship is up and running already.

This comes after Putin‘s forces lost two major vessels during the conflict with Ukraine.

In an operational update, the UK Ministry of Defence (MoD), described the losses as “embarrassing” but warned that the Russian navy could still strike Ukrainian targets.

It said: “Approximately 20 Russian Navy vessels are currently in the Black Sea operational zone, including submarines.

“The Bosporus Strait remains closed to all non-Turkish warships, rendering Russia unable to replace its lost cruiser Moskva in the Black Sea.

“A fire broke out.

“Other units of the ship’s group tried to help, but a storm and a powerful explosion of ammunition overturned the cruiser and it began to sink.”

According to UK Defence Secretary Ben Wallace, Russia has lost at least 2,000 armoured vehicles in the war in Ukraine, including 530 tanks.

More than 60 Russian helicopters and fighter jets have also been destroyed.

The human death toll has also been high, with the UK Ministry of Defence estimating that more than 15,000 Russian troops have been killed.

Putin has reportedly lost as many as 40 colonels in the fighting so far.

The death of Lieutenant Colonel Alexander Blinov, the 40th colonel to be killed in the onslaught, was confirmed on Monday when a photo emerged of his picture on a grave in Volgograd.

Russian officials had previously denied that the colonel, who served in a motorised rifle unit, had been killed.