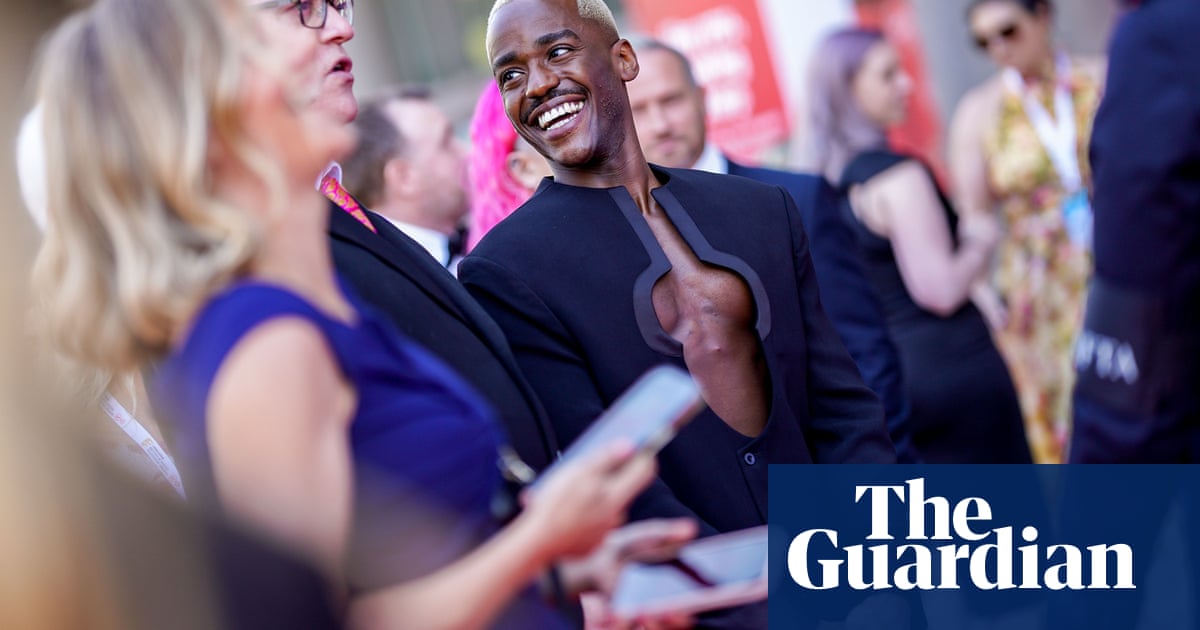 Unusually, the announcement that 29-year-old Scottish actor Ncuti Gatwa is to be the new Time Lord seemed to set non-Doctor Who fans alight as much – or even more – than avid followers.

After the beloved Sex Education star was named as the 14th doctor on Sunday, compliments rolled in from both sides of the Atlantic.

Sex Education co-star Gillian Anderson described him as a “natural on camera”.

Kasimiira Kontio, founder of a London PR agency, wrote: “I don’t even care about Doctor Who but I will 100 percent watch anything with Ncuti Gatwa in it.”

Meanwhile, US writer Meecham Whitson Meriweather tweeted: “Me googling ‘what is Doctor Who about’ after hearing Ncuti Gatwa is gonna be playing them.”

But until fairly recently, he was a relative unknown.

Born in Nyarugenge, Rwanda and raised in Scotland, where his family moved when he was two during the 1994 genocide, he has said he was “an easy target” at secondary school in Edinburgh, where there were few black families, but he “always had faith in my charisma”.

The family lived in university accommodation while Gatwa’s father studied for a PhD in philosophy and theology. But his father was forced leave the family and move to Cameroon because he was unable to get work as an academic in the UK, which Gatwa has described as “an amazing sacrifice”.

Gatwa went to church and Bible study growing up as his father was a minister. He still has faith, he has said, but is “not the biggest fan of organised religion”.

The idea that he might become an actor first came when he was 17 and his drama teacher complimented him on his talent. After training at the Royal Conservatoire of Scotland, he moved to London where he struggled to make ends meet.

Before landing his breakthrough role in the Netflix show Sex Education in 2018, he spent time homeless after burning through his savings.

“Being a 25-year-old man with no money or job affected my sense of self-worth,” he wrote in the Big Issue. “Rejection became unbearable. Auditions weren’t just acting jobs, they were lifelines.”

While working as a temp at Harrods and sharing a friend’s bed, he lost weight because he could not afford to eat. He also suffered from depression but did not tell friends because he did not want to be a “burden”.

“I would get compliments for looking so presentable. When I lost weight due to eating only one meal a day, people told me how lean and healthy I looked,” he wrote.

He started his onscreen career as an extra in the 2014 BBC sitcom Bob Servant. Two years later he played Demetrius in A Midsummer Night’s Dream, in Emma Rice’s first show at the Globe.

In perhaps an indicator of his stratospheric rise to fame after the release of the first season of Sex Education, he had fewer than 1,000 followers on Instagram at the beginning of 2019.

After his breakout turn as Eric Effiong, a gay teenager from a British Nigerian family, in the show, he amassed 2.6 million followers – a total sure to rise following the Dr Who announcement.

He was named best actor at the Scottish Baftas the following year and at Sunday’s Bafta TV awards he was nominated for best male performance in a comedy programme.

He has spoken about people calling his identity into question because of his Scottish accent.

“People really cannot understand the concept of a black boy in a tracksuit in London being from Scotland,” he told the Independent. “People think I’m taking the piss. I’m like: ‘Stop taking my Scottishness away. You don’t define me.’”

His parents are his role models, who he said have inspired his work ethic and a sense of responsibility.

“I’ve not completed the spot yet, but do things with intention and it’s not just you … you’re doing this for other people that are looking up to you and your future kids,” he told Teen Vogue.