Skip to content
HomeNewsDon’t just condemn just our lying PM: save some anger for the cowards who enabled him | Jonathan Freedland 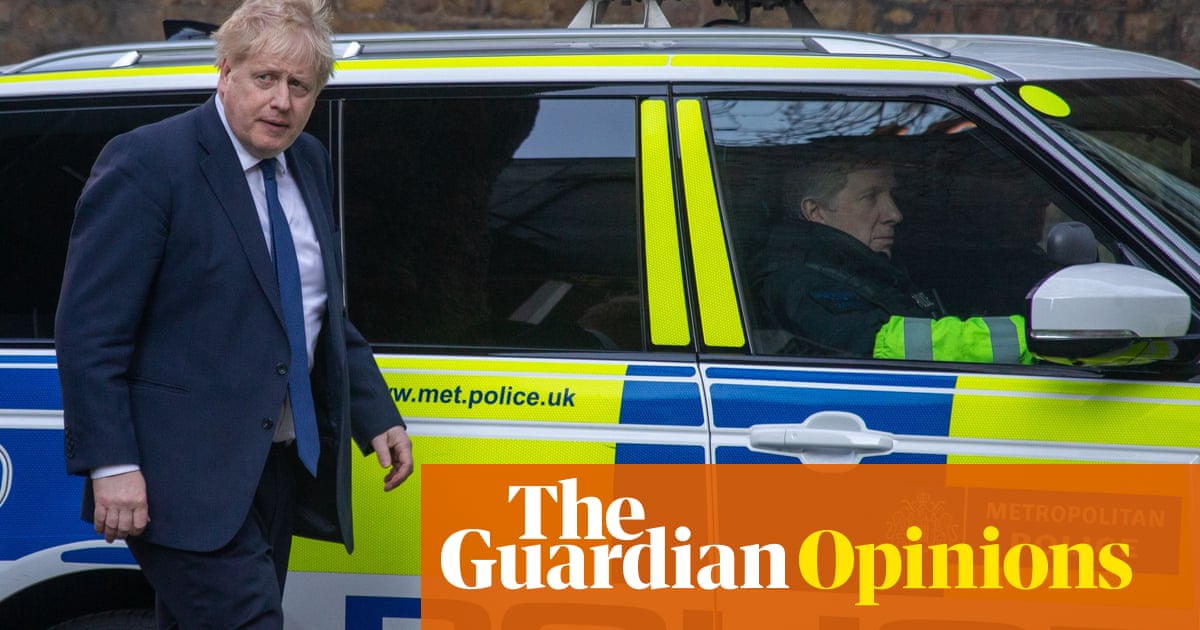 Digest for a moment the words of Sir Charles Walker, a Tory MP once bent on toppling the prime minister, but no longer. “Love him or loathe him,” says the lapsed rebel, comparing his party leader to a cricket all-rounder who averts apparently certain defeat by taking five wickets and then smashing a century, “Boris Johnson is an extraordinary politician. He just rewrote the script.”

There’s been quite a lot in that vein since the Metropolitan police announced that Johnson will face no further criminal sanctions, despite his running Downing Street like a student dorm while the rest of the country was locking down against a deadly virus. Even Johnson’s more sceptical colleagues have been putting on their “You’ve got to hand it to him” faces, marvelling that even as the police announced that No 10 was the venue for 126 breaches of the law committed by 83 people, the prime minister himself will face no more than the single fine he received last month for attending a birthday party in his honour. The talk among Conservatives – one part infuriation, two parts admiration – is that Johnson is once more the “greased piglet” of David Cameron’s memorable description, slipping out of the grasp of the perennially frustrated butcher who wants his head.

But what is this supposed talent of Johnson’s exactly? Does this image, in fact, say less about the supposed agility of the prime minister than it does about the hamfistedness – or worse – of those who should be catching him? Could it be that Johnson’s political survival is only partly a function of his skill and owes rather more to the uselessness and cowardice of those who should have stopped him months, years or even decades ago?

Start with the police, whose job is to investigate violations of the law. Recall that they did not do that in the case of Downing Street, that they only deigned to look into the matter after a legal challenge. Then consider the sheer strangeness of the decisions they announced on Thursday. As Adam Wagner, the leading authority on Covid law, puts it, the Met’s position amounts to a finding that Johnson “attended six illegal gatherings but attended five of them legally”. Other people – more junior people, unable to pay for top-drawer legal advice – have been fined for their presence at the very same events, so why not the prime minister?

Fine legal brains have looked for small, technical loopholes that Johnson might just have slithered through, but there is a clearer explanation. Even though the police knew that Johnson attended six get-togethers, they only investigated two of them: the “ambushed-by-cake” birthday party and one other. By way of explanation, my colleague Vikram Dodd reports that the police only looked at cases where evidence was of the “slam-dunk” variety, which suggests they were only interested if there were photos. But that is odd. Why not just ask Johnson, via those notorious questionnaires, if he was present? As Wagner tells me: “The absolute best slam-dunk evidence is an admission.” But it seems Johnson was never asked.

Recall that Johnson was telling people a month ago that his first fine would be his last – it seems the Met had kindly tipped him off – and you can see why people start talking of stitch-ups and the like. But you don’t have to resort to conspiracy theory. As Dodd writes, “the Met has painful experience of tangling with politicians and the powerful”: perhaps doing as little as possible seemed the safest course.

In other words, the inaction of the police says less about Johnson’s talent for political escapology than it does about the Met’s timidity in the face of power. Which matters far more.

Even so, to focus on the police is to miss the larger point. It suggests that the only standard that counts is the narrow, legal one: so long as you don’t get fined, you’re in the clear. There was a revealing exchange on this morning’s Today programme, when Dominic Raab – who is the, er, justice secretary – suggested that Johnson had shown “full accountability” by paying his fixed penalty notice. It had to be explained to Raab that handing over £50 hardly counts as being held accountable for presiding over a culture of serial lawbreaking in the very building that drew up the laws that bound the rest of us.

Regardless of what the police did or didn’t do, that fact alone should have been enough for Raab, his fellow cabinet ministers and Tory MPs to have ejected Johnson long ago – and it should be still. They don’t need to wait for the final Sue Gray report. Redacted as it was, the update the senior civil servant gave in late January was sufficiently damning, identifying “a serious failure to observe not just the high standards expected of those working at the heart of government but also of the standards expected of the entire British population at the time” and “failures of leadership and judgment” in No 10. It wasn’t some astonishing act of political dexterity by Johnson that prevented Conservatives doing the right thing in the face of that interim verdict. It was their own lack of courage, their decision to put partisan self-preservation over the national interest, that saved him.

And so it has been throughout his career. When Johnson destroyed Nazanin Zaghari-Ratcliffe’s prospects of freedom, by recklessly telling a Commons committee she had been “simply teaching people journalism” in Iran, contradicting her insistence that she had been in the country on holiday, he should have been fired as foreign secretary. But Theresa May’s desire to keep the Brexiters on side stayed her hand. When he presided over corruption and incompetence as mayor of London, too many saw him as a route to power, or funding, to act. When he served up fictions as a correspondent in Brussels, designed to tickle the tummies of the Telegraph’s Euro-loathing readers, his editors indulged him. In each case, it was not some preternatural talent but the weakness of his colleagues and superiors that enabled him.

The question now is whether Gray, in her imminent, final report, will follow the usual pattern and act as yet another of Johnson’s enablers or whether she will lay out the evidence that shows exactly who he is. If she follows the path of the police, Johnson’s past employers and the Conservative party, and lets him off the hook, then it will be left to the only people who might just have the stomach to do what is required: the voters.