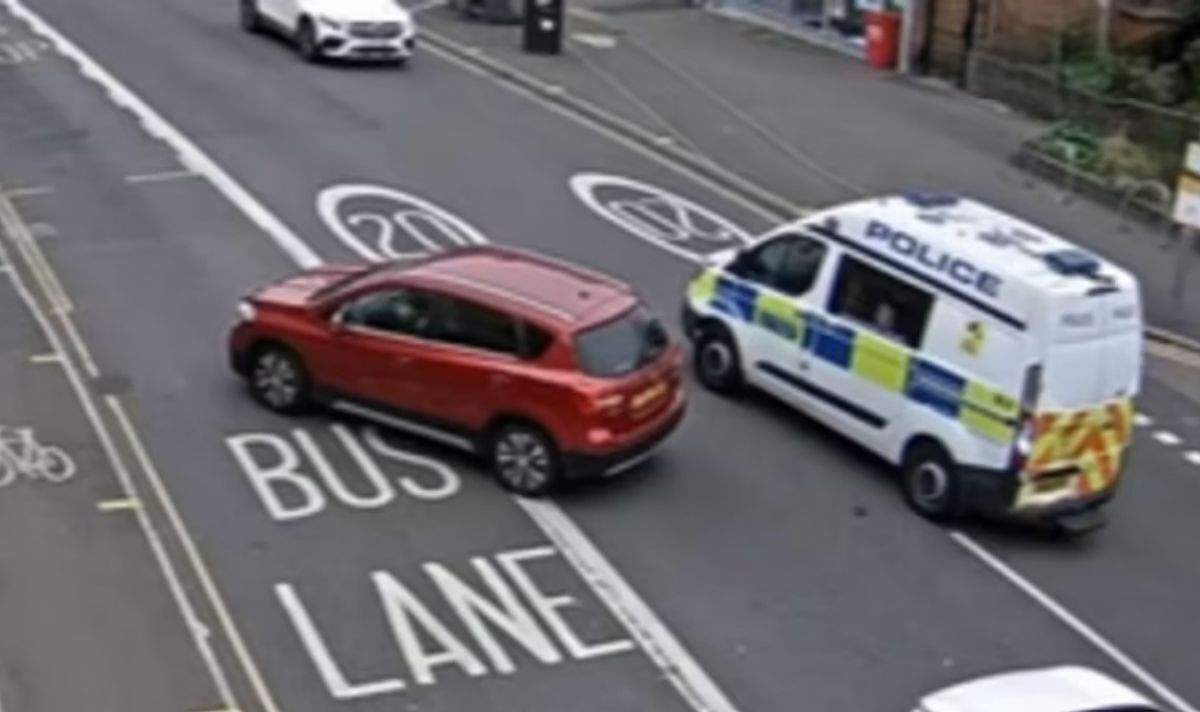 A driver was shocked to receive a £195 fine after pulling into a bus lane to allow an emergency vehicle to pass. Stephen James, 37, was driving along Forest Road in Walthamstow when a police van needed to get past him and other cars. Footage shows the van unable to get past while a car coming towards them was making a turn.

Stephen decided to pull into the bus lane to allow the officers to pass after noticing them behind him.

But he was shocked when he later received a fine from the council charging him £195.

Stephen said he missed the first letter sent to him, so only found out about the fine when he got a second notice.

“When I got the second one I looked at the evidence and thought it’s rubbish that I’ve not seen the first one but should be ok to appeal this one looking at the evidence,” he told ITV.

Speaking of the moment he pulled in the bus lane, Stephen added: “You see [the police van] coming up and you know you need to do something to help in that situation. They weren’t going to be able to go past so some action was needed.

“I done it trying to the right thing, and I’ve been penalised for that.”

He was surprised his appeal had failed after reading an article where a council said drivers would not be fined if they moved out of the way of an emergency vehicle on blue lights.

A Waltham Forest Council spokesperson said: “The rules in London are very clear about entering bus lanes, and it is the responsibility of drivers to know and follow them.

“The driver can be seen moving into the bus lane to let the emergency vehicle pass, before proceeding to drive the length of the bus lane, despite having the opportunity to re-enter the carriageway.”

The council explained that drivers will not be fined if they move aside for an emergency services vehicle that is responding to a call and displaying emergency lights and sirens.