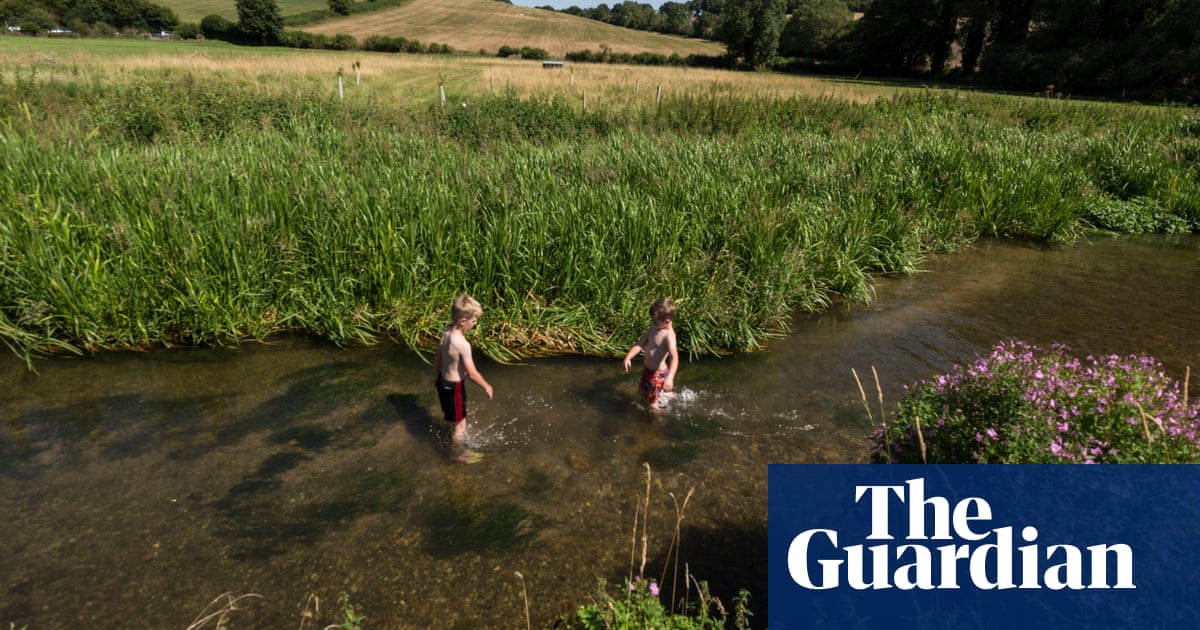 With some parts of eastern England having had less than a quarter of normal rainfall in April following a dry March, these are testing times for chalk streams. At their best, the 283 of these recorded in England are crystal clear and teeming with life – brown trout and water voles being among the top species associated with them.

But for decades chalk streams have been disappearing – some are now just empty hollows in grassland because of overabstraction for water supplies. Others have been ruined by pollutants including sewage overflows.

Efforts to save these internationally important habitats have been steadily growing in recent years. One of the most active and successful is on the River Chess in the Chilterns. The river rises just outside Chesham in Buckinghamshire and runs 11 miles to empty into the River Colne at Rickmansworth, gathering water on the way from many hillside springs.

Archaeological evidence of settlements from the bronze age onwards is testimony of the importance to this river through human history. To keep it both clean and flowing in 2022 has become a major challenge. A 10-year-plan involving utilities cutting extraction, locals using less water and removing invasive species such as mink is restoring this precious river.