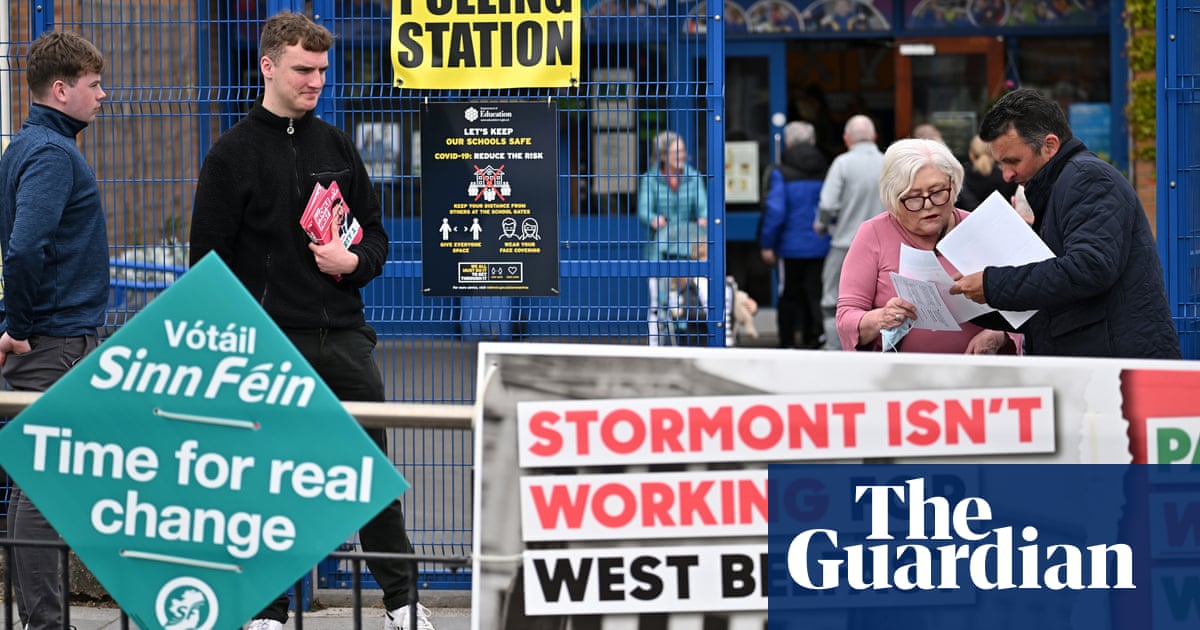 The Democratic Unionist party has vowed to paralyse the Stormont assembly and block the formation of an executive in a dramatic escalation of its campaign against the Northern Ireland protocol.

Sir Jeffrey Donaldson, the DUP leader, said his party would refuse to nominate a speaker when the assembly meets for its inaugural session on Friday afternoon, a move that will derail the legislature and raise the stakes in a dispute over the protocol between London and Brussels.

The party had been expected to block the appointment of a first and deputy first minister in the power-sharing executive but in a statement early on Friday it announced it would also pull the plug on the assembly to further pressure the UK government to take “decisive action” on the protocol.

Sinn Féin, which emerged as the largest party in Stormont after last week’s local elections, called the announcement “shameful”.

The move will paralyse Stormont and plunge Northern Ireland into political crisis a week after a historic assembly election in which Sinn Féin overtook the DUP as the biggest party, making Sinn Féin’s deputy leader, Michelle O’Neill, the putative first minister.

The DUP move is designed to send a signal to Downing Street and the European Union that the party is willing to ratchet up tension in Northern Ireland to secure changes to the protocol, which puts post-Brexit checks on goods entering the region from Great Britain.

“Today the DUP will not support the election of a speaker in the assembly,” Donaldson said in a statement to the Belfast News Letter. “The protocol is a direct challenge to the principles that have underpinned every agreement reached in Northern Ireland over the last 25 years. It erodes the very foundations that devolution has been built upon.”

Donaldson hinted at no swift resolution to the impasse: “I have both patience and resolve in equal measure to see the Irish Sea border removed, and stable as well as sustainable devolution restored.”

The mothballing of Stormont means civil servants and ministers from the outgoing administration, with reduced powers, will run Northern Ireland in what has been termed a “zombified” state. They cannot make important decisions or launch new initiatives.

DUP strategists hope this will embolden Boris Johnson, the prime minister, and Liz Truss, the foreign secretary, and strengthen their hand in a showdown with the European Commission. They have threatened to unilaterally abandon parts of the protocol but Donaldson said he wanted action, not words.

Other parties condemned the DUP.

Naomi Long, the leader of the third-placed Alliance party, called the DUP move a disgrace. She said: “We need the NHS fixed, the cost of living addressed and a budget set. How is this going to help?”

“Today is the day we should be forming an executive to put money in people’s pockets and to start to fix our health service,” said O’Neill. “The DUP have confirmed they will punish the public and not turn up. They are disgracefully holding the public to ransom for their Brexit mess. Shameful.”

“Our health service is on the verge of collapse,” they said a joint statement.