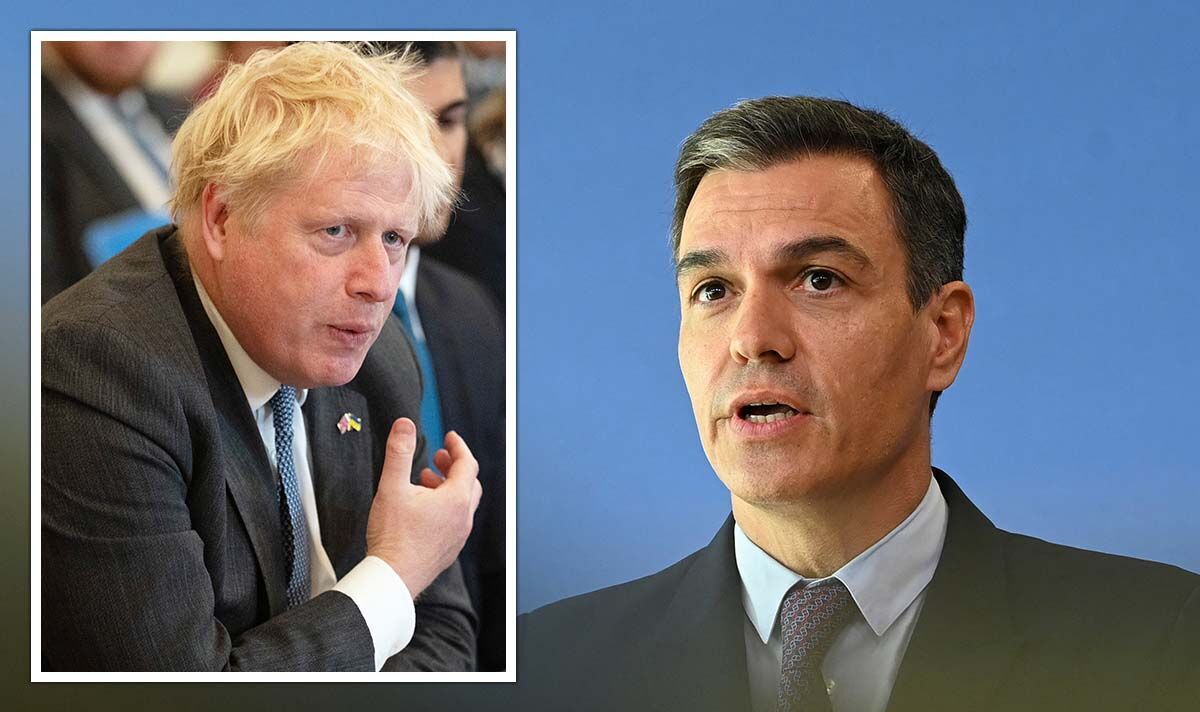 On Wednesday, Spanish Prime Minister Pedro Sánchez announced a five percent VAT reduction on electricity prices, as part of the government’s latest efforts to fight the energy crisis that’s being aggravated by Russia’s invasion of Ukraine. In a speech before the country’s Parliament, Mr Sánchez confirmed that beginning next weekend, VAT on electricity will be halved from 10 percent to five percent.

This reduction was one of the measures included in a new Spanish anti-crisis package to ease the suffering of millions of families who could be facing fuel poverty.

Mr Sanchez said: “This government speaks clearly to citizens who know that the source of inflation in Spain, Europe and the world is a war on Europe’s doorstep.”

This reduction to five percent came after the Spanish government slashed it from 21 percent to 10 percent just a year ago.

These mitigation measures shine a light on Prime Minister Boris Johnson, as he is accused of betraying Vote Leave over promises he made to scrap the five percent EU VAT that Britain no longers needs to pay since leaving the bloc.

Previously, both Mr Johnson and Michael Gove wrote in The Sun during the Brexit campaign: “Fuel bills will be lower for everyone. In 1993, VAT on household energy bills was imposed.

“This makes gas and electricity much more expensive… When we Vote Leave, we will be able to scrap this unfair and damaging tax.”

However, earlier this year Mr Johnson suggested that he will not cut VAT on energy bills because it would help “a lot of people who perhaps don’t need the support” with rising living costs.

Meanwhile, UK households are facing the crippling effects of the global fossil fuel energy crisis, as Ofgem announced recently that the price cap for household energy bills is set to rise to around £2,800, with some experts putting the figure at £3,000.

Last month Jonathan Brearley, the chief executive of Ofgem, told the Business, Energy and Industrial Strategy Committee that he expects around 12 million people to be thrown into fuel poverty, where energy bills eat up a significant share of their income.

As a result of the April increase to £1,971 a year, there are 6.5 million people in fuel poverty.

Aside from scrapping VAT, Spain and Portugal also moved to temporarily leave the EU energy market, which experts noted could slash their energy bills by 30-40 percent.

Last month, the European Commission allowed Spain and Portugal to place a temporary cap on the prices for natural gas and coal used by power plants.

Spain and Portugal, despite having large amounts of renewable energy capacity, were paying high electricity prices as the EU energy market is heavily influenced by fossil fuels.