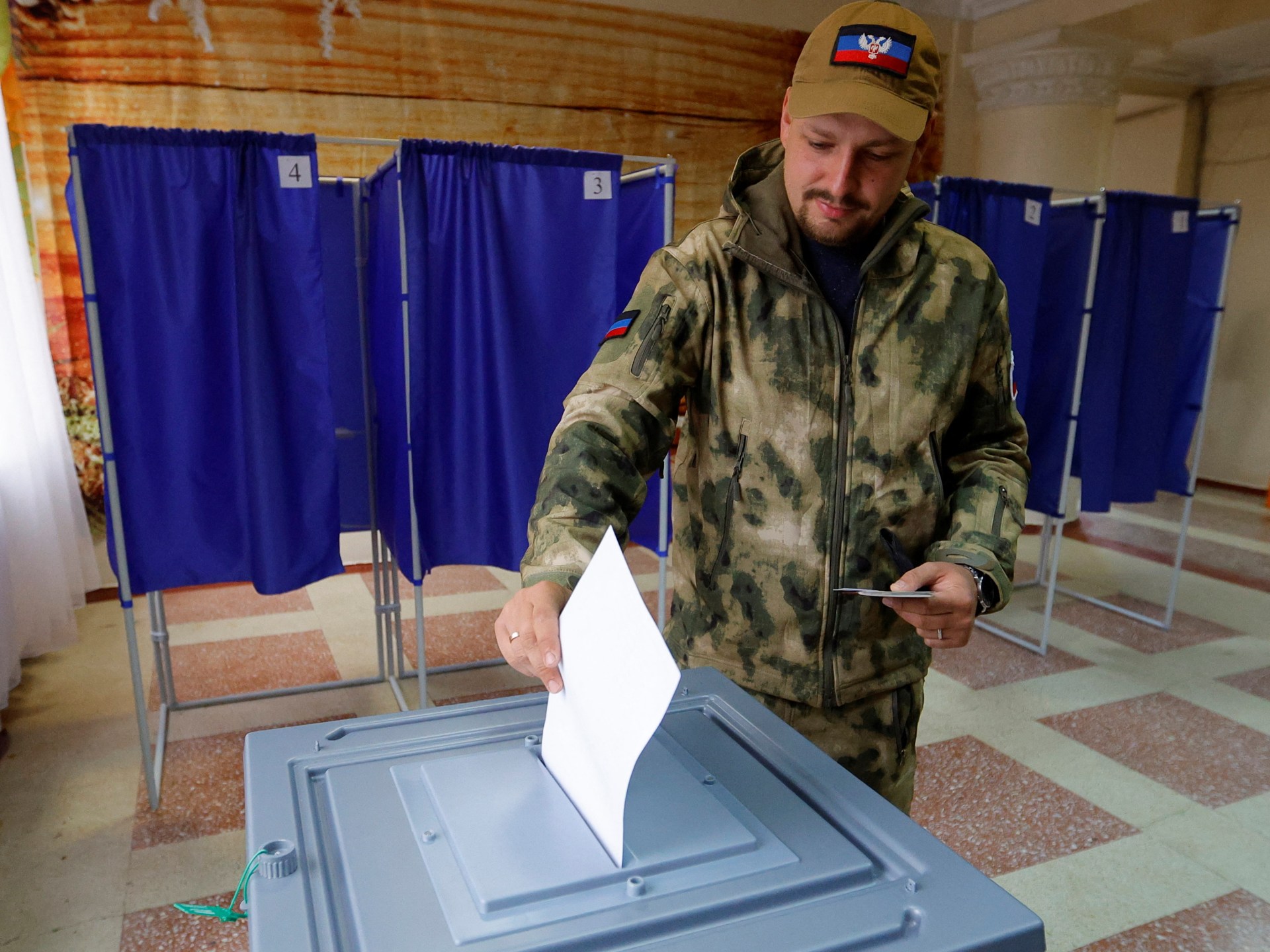 Borrell, the bloc’s foreign policy chief, has denounced the ‘referendums’ and their falsified outcome.

The EU has slammed “illegal” annexation votes Russia held in four occupied regions of Ukraine and their “falsified” results.

“This is another violation of Ukraine’s sovereignty and territorial integrity, amidst systematic abuses of human rights,” he said.

Kremlin-installed authorities in Donetsk, Luhansk, Kherson, and Zaporizhia, Russian-controlled regions that together make up about 15 percent of Ukraine’s landmass, claimed victory on Tuesday in annexation votes, sparking global outrage.

Ukraine and its allies have denounced the so-called referendums, saying the West will never recognise the results of the ballots, which have ratcheted up the stakes in Russia’s seven-month invasion.

In Kherson, in southern Ukraine, Russia-backed officials said more than 87.05 percent of voters supported the move after all the ballots were counted.

In the eastern Luhansk region controlled by pro-Russia separatists, local authorities said more than 98.42 percent voted in favour of annexation.

Officials in the Moscow-held Donetsk region claimed victory as well, with the local polling body saying 99.23 percent of the vote was for annexation.

“Saving people in the territories where this referendum is taking place … is the focus of the attention of our entire society and of the entire country,” Russian President Vladimir Putin said earlier during a televised meeting with officials.

His spokesman Dmitry Peskov said the votes would have “radical” legal implications and that the so-called referendums “will also have consequences for security”, referring to Moscow’s threats to use nuclear weapons to defend its territory.

The United States is expected to introduce a resolution at the UN Security Council calling on member states to refuse to recognise any changes to Ukraine’s territorial integrity and obligating Russia to withdraw its troops, US envoy Linda Thomas-Greenfield said.

“Russia’s sham referenda, if accepted, will open a Pandora’s box that we cannot close,” she said at a council meeting.

“Canada does not and will not ever recognise the results of these sham referendums or Russia’s attempted illegal annexation of Ukrainian territories,” Trudeau said in a statement on Tuesday.