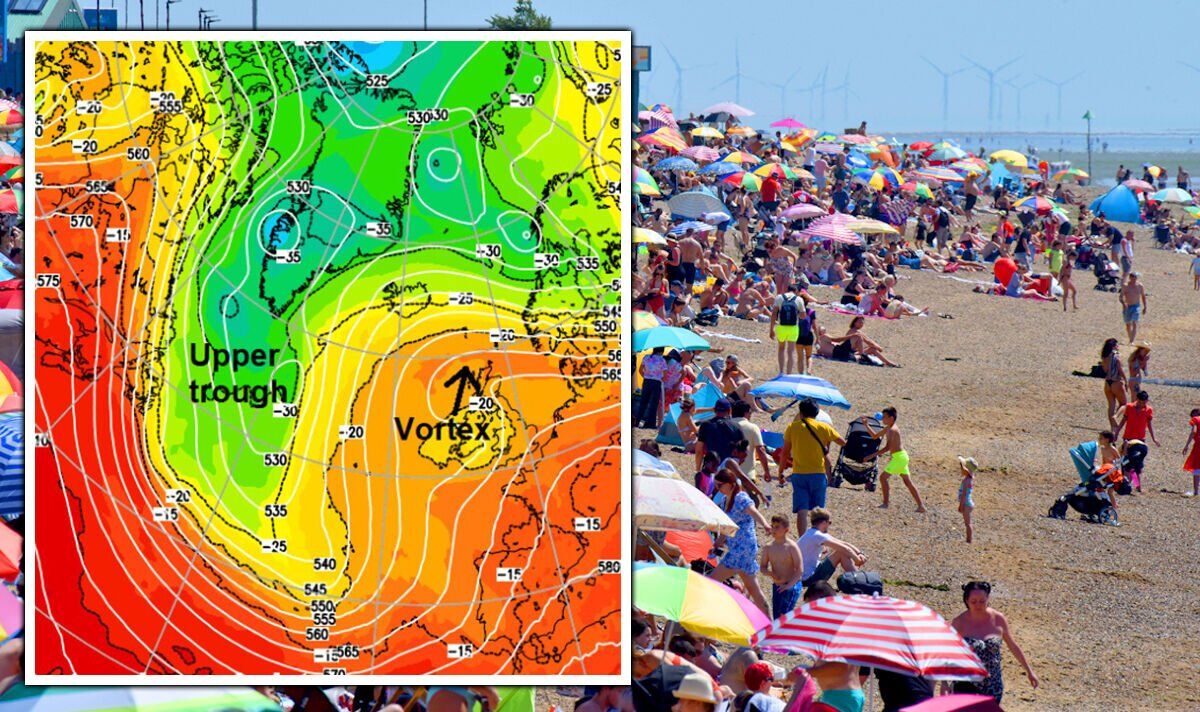 “Only thunderstorms, rather over the north, will be able to temper these high temperatures sometimes.

“Thunderstorms will return this weekend with a marked rise in temperatures from the south.

“They will be more widespread on Sunday up to Normandy.

“Locally strong, they will remain too scattered to provide any beneficial watering.

According to European news outlet Linternaute, France will see a “new heat peak” this weekend.

It added: “Beware, temperatures are already starting to rise again this weekend.

“Get ready to be hot! How long will this heat peak last?

Meanwhile, temperatures in Belgium will reach 30C this weekend, according to La Chaine Meteo.

Netweather forecaster Nick Finnis warned the UK will experience heavy showers and thunderstorms as an “elevated plume of warm and moist air spreads north out of France”, hitting England.

He added: “The models have been indicating the potential for some heavy showers or even some thunderstorms to move up from the south across parts of England and Wales over the weekend.

“Although high pressure will bring a fine end to the week across the south and brings more widespread fine weather on Saturday, as the high drifts north across the U.K., the high will retreat far enough northeast by Sunday to allow an amplifying upper trough over the Atlantic to make further inroads towards the UK from the west.

“This will allow an elevated plume of warm and moist air to advect NE across western Europe as the flow backs – reaching southern England by Sunday.

“Showers and perhaps some thunderstorms are forecast to develop along the ‘nose’ of the plume as it moves up across southern England Saturday night, though there is still some uncertainty to the extent of destabilisation on the NW side of the plume across northern France, the English Channel and southern England.”

Weather forecaster WXCharts has predicted maximum temperatures to reach 32C in France near Bordeaux on Sunday.

Highs of 28C are expected near Toulouse, while Paris is set to see highs of 25C.