Skip to content
HomeNews‘Extremely disappointed!’ Speaker lashes out at Rees-Mogg for disrespecting Parliament 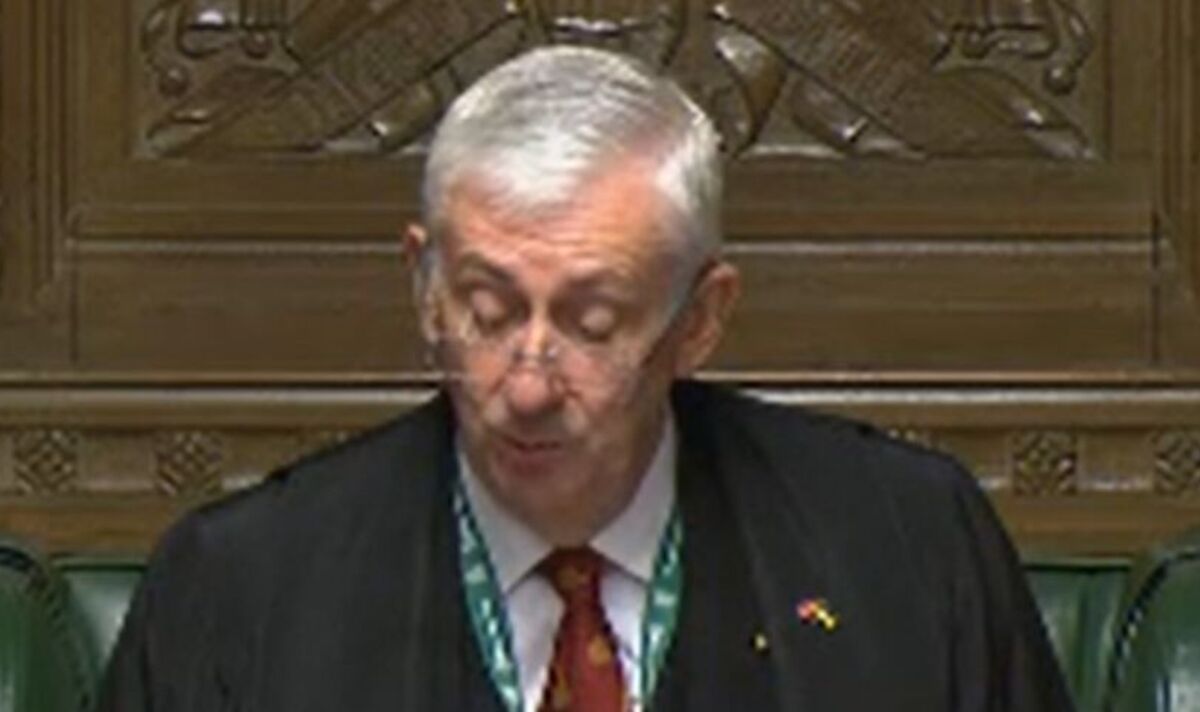 Furious Speaker Sir Lindsay Hoyle expressed his “extreme disappointment” as he publicly berated Jacob Rees-Mogg for disrespecting Parliament. The new Business Secretary had announced a new policy on energy bills and fracking without bothering to come to MPs to answer questions. Instead, he was hauled into the Commons chamber with an urgent question from Labour.

Sir Lindsay said: “I have to say how disappointed I am that the subject of the UQ was extensively set out in the media yesterday before being presented to the House.”

He made it clear that he felt particularly let down by Mr Rees-Mogg because as a former Leader of the House he was “very supportive” of protecting the privileges of Parliament.

He said: “I hope the Right Honourable member will be especially aware of ministers duties, which I know he is to explain that important policies are first to be heard in this House.”

Yesterday was set aside for oath taking but the Speaker said that “had I been asked” he would have allowed time for a statement.

A bullish Mr Rees-Mogg apologised saying “I am delighted to make a statement”.

He went on: “As you know I’m a great believer that this House should be informed first.”

However, in a bad-tempered exchange, the Speaker interrupted suggesting that the minister should have “had a conversation” with him.

Until the war around four percent of gas coming to the UK was supplied by Russia and there has been a drive for self-sufficiency.

The Truss government is set to issue around 100 licenses, the Prime Minister has said fracking will only go ahead in areas that support it. However, a country charity representing over 40,000 people has signalled its opposition.

Under current rules, drilling must stop if it triggers tremors of 0.5 or more on the Richter scale. But some experts have claimed that tremors naturally occur at this level and with a minimum intensity that it is almost impossible to be felt above the ground. In fact, the Royal Society says tremors up to magnitude 2 are not likely to be felt above ground.

Mr Rees-Mogg believes the 0.5 limit is “too low” and “will be reviewed to see a proportionate level”, despite The Country Side Charity (CPRE) warning that this will spark “fury off the Richter scale”.

DON’T MISS:
Iranian tyrant ordered brutal crackdown after his photo op with Macron [REVEAL]
Do you think a trade deal with US is a priority? POLL [REACT]
Biden and Pelosi are no friends to Britain, says DAME ARLENE FOSTER [INSIGHT]