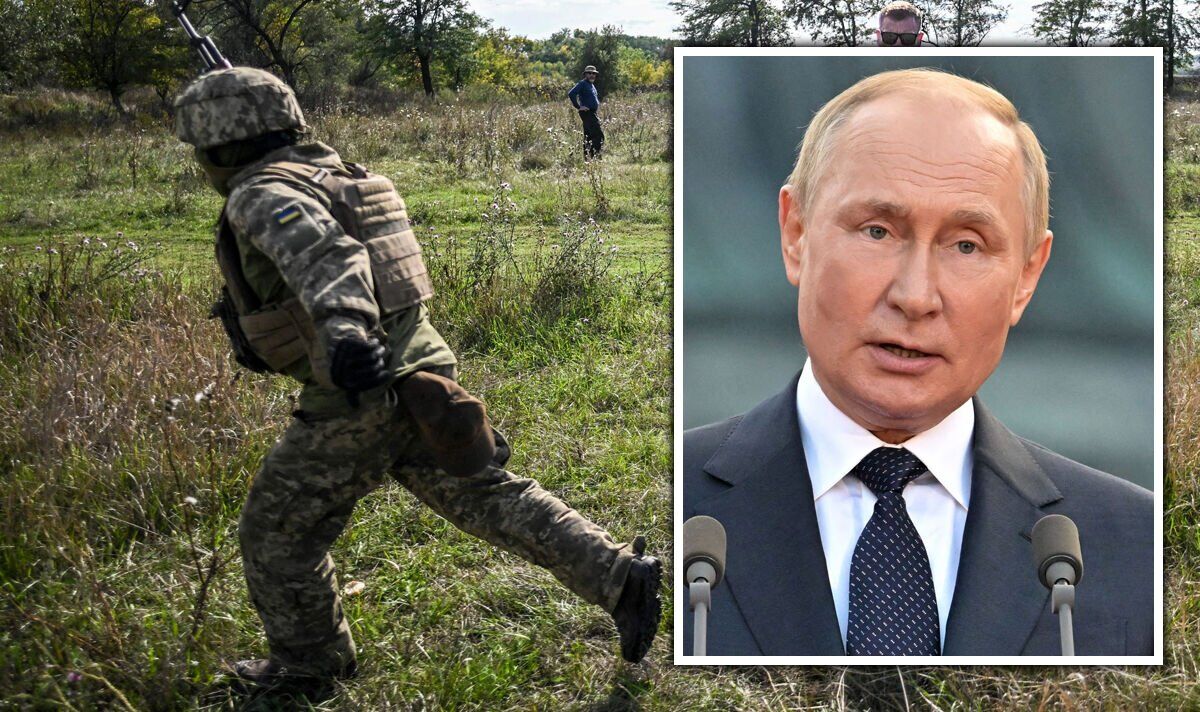 Russian forces are about to be encircled in a Donetsk town in Ukraine, according to reports. Pro-Russian military bloggers sat, Lyman, a small town in Donetsk, is said to be surrounded by Ukrainian troops.

A Russian military telegram channel called Military Observer said on Wednesday afternoon: “Ukrainian soldiers are releasing images of them raising a flag over the village council building in Novosyolovka.

“Thus from the north between Lyman and enemy forward elements of the remains only one settlement, Drobyshevo, and in all just a few kilometres of land.

“The city is in an extremely vulnerable situation.”

Rybar, another Russian military blogger, also said Russian forces had repelled Ukrainian attacks in a number of areas to the north, west, and east of Lyman, but published a map showing Russian control confined to a narrowing salient.

READ MORE: William and Kate tipped to ‘take the lead’ over Charles after ‘success

Moscow is now poised to annex parts of Ukraine after “referendums” in four occupied regions to join Russia.

Moscow-installed administrations in the four regions of southern and eastern Ukraine claimed on Tuesday night that 93 percent of the ballots cast in the Zaporizhia region supported annexation, as did 87 percent in the Kherson region, 98 percent in the Luhansk region and 99 percent in Donetsk.

Ukraine’s foreign ministry suggested the high margins in favour were widely characterised as a bogus land grab by an increasingly cornered Russian leadership, calling it a “a propaganda show” and “null and worthless”.

They added: “Forcing people in these territories to fill out some papers at the barrel of a gun is yet another Russian crime in the course of its aggression against Ukraine.”

Mr Peskov said Vladimir Putin will hold a signing ceremony “on agreements on the accession of new territories into the Russian Federation” on Friday at 3pm Moscow-time (12pm GMT).

The spokesman said agreements will be signed “with all four territories that held referendums and made corresponding requests to the Russian side”.

The total area set to become de facto part of Russia amounts to about 15 percent of Ukraine and includes an estimated 4 million people.