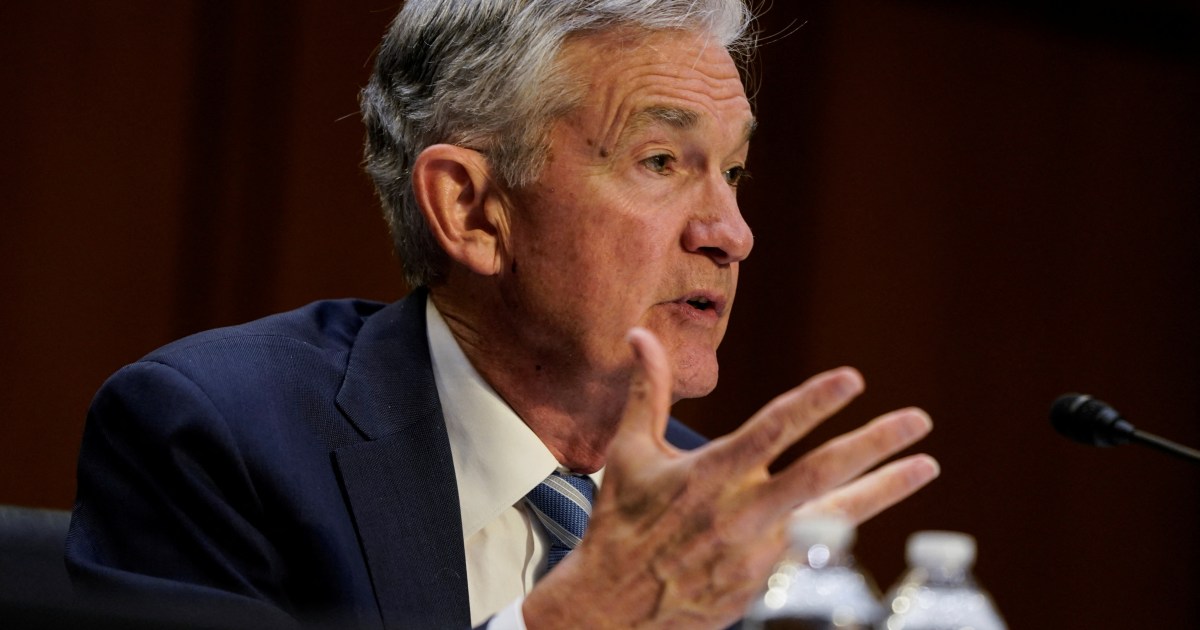 The US economy is strong but faces an “uncertain” global environment and could see further inflation “surprises”, Federal Reserve Chair Jerome Powell has said.

In the first of two closely-watched days of testimony to Congress, Powell again stressed that the Fed understands the hardship caused by rising prices and is committed to bringing down inflation, which has reached a 40-year high.

He said the Fed was determined to raise interest rates high enough to slow inflation, a commitment that has fanned concerns that the central bank’s fight against surging prices could tip the economy into recession.

Powell said the pace of future rate hikes will depend on whether – and how quickly – inflation starts to decline, something the Fed will assess on a “meeting by meeting” basis.

Powell’s testimony comes a week after the Fed raised its benchmark interest rate by three quarters of a percentage point, its biggest hike in nearly three decades, to a range of 1.5 percent to 1.75 percent.

With inflation worsening, the Fed’s policymakers also forecast a more accelerated pace of rate hikes this year and next than they had predicted three months ago, with its key rate reaching 3.8 percent by the end of 2023. That would be its highest level in 15 years.

Despite the concerns, Powell insisted the US economy “is very strong and well positioned to handle tighter monetary policy”.

“Inflation has obviously surprised to the upside over the past year, and further surprises could be in store,” the Fed chief told the Senate Banking Committee in his semi-annual appearance.

He added that policymakers “will need to be nimble” given that the economy “often evolves in unexpected ways”, he said.

Powell made no explicit mention of recession risks in his opening remarks, but was sure to be grilled about the prospect by senators as the testimony continued.

A senior Republican on the Banking Committee, Senator Thom Tillis of North Carolina, on Wednesday accused Powell of having taken too long to raise rates, saying the Fed’s hikes “are long overdue” and that its benchmark short-term rate should go much higher.

“The Fed has largely boxed itself into a menu of purely reactive policy measures,” Tillis said.

Powell also said the fallout from the conflict in Ukraine “is creating additional upward pressure on inflation”.

But he noted that the issue is not unique to the United States.

“Over the past year, inflation also increased rapidly in many foreign economies,” he said.