Skip to content
HomeNews‘Forever chemicals’ may have polluted 20m acres of US cropland, study says 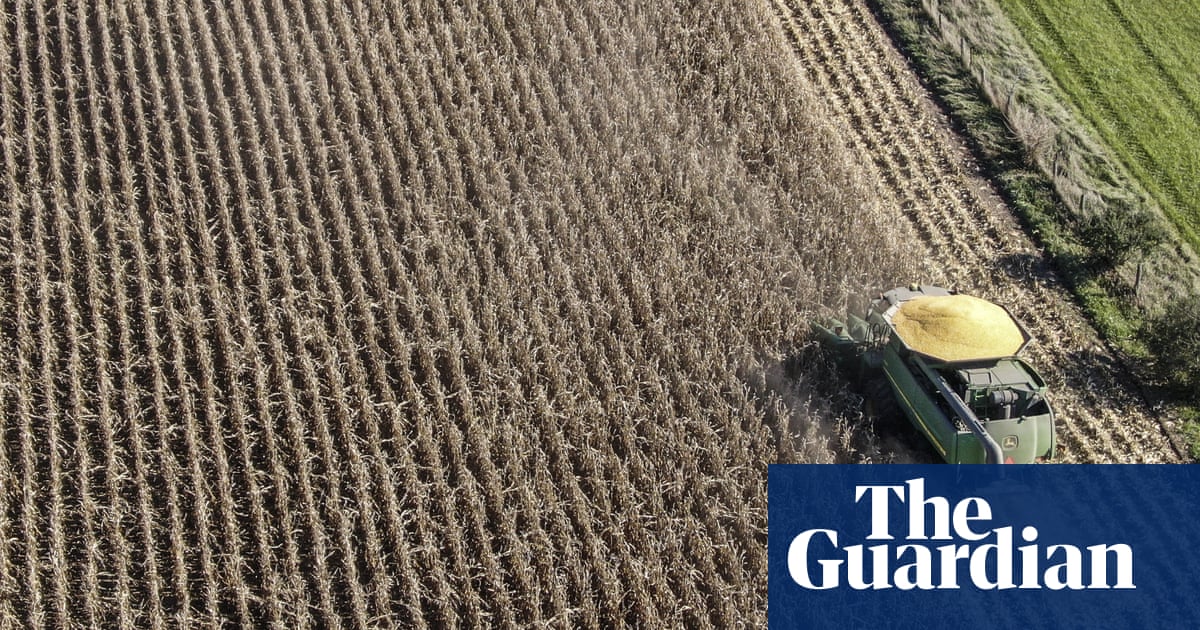 About 20m acres of cropland in the United States may be contaminated from PFAS-tainted sewage sludge that has been used as fertilizer, a new report estimates.

PFAS, or per- and polyfluoroalkyl substances, are a class of about 9,000 compounds used to make products heat-, water- or stain-resistant. Known as “forever chemicals” because they don’t naturally break down, they have been linked to cancer, thyroid disruption, liver problems, birth defects, immunosuppression and more.

Dozens of industries use PFAS in thousands of consumer products, and often discharge the chemicals into the nation’s sewer system.

The analysis, conducted by the Environmental Working Group (EWG), is an attempt to understand the scope of cropland contamination stemming from sewage sludge, or biosolids. Regulators don’t require sludge to be tested for PFAS or closely track where its spread, and public health advocates warn the practice is poisoning the nation’s food supply.

“We don’t know the full scope of the contamination problem created by PFAS in sludge, and we may never know, because EPA has not made it a priority for states and local governments to track, test and report on,” said Scott Faber, EWG’s legislative policy director.

All sewage sludge is thought to contain the dangerous chemicals, and the compounds have recently been found to be contaminating crops, cattle, water and humans on farms where biosolids were spread.

Sludge is a byproduct of the wastewater treatment process that’s a mix of human excrement and industrial waste, like PFAS, that’s discharged from industry’s pipes. Sludge disposal can be expensive so the waste management industry is increasingly repackaging it as fertilizer because excrement is rich in plant nutrients.

EWG found Ohio keeps the most precise records of any state, and sludge has been applied to 5% of its farmland since 2011. Extrapolating that across the rest of the country would mean about 20m acres are contaminated with at least some level of PFAS. Faber called the estimate “conservative”.

EPA records show over 19bn pounds of sludge has been used as fertilizer since 2016 in the 41 states where the agency tracks the amount of sludge that’s spread, but not the location. It’s estimated that 60% of the nation’s sludge is spread on cropland or other fields annually.

The consequences are evident in the only two states to consistently check sludge and farms for PFAS contamination. In Maine, PFAS-tainted fields have already forced several farms to shut down. The chemicals end up in crops and cattle, and the public health toll exacted by contaminated food in Maine is unknown. Meanwhile, the state is investigating about 700 more fields for PFAS pollution.

“There’s no easy way to shop around this problem,” Faber said. “We shouldn’t be using PFAS-contaminated sludge to grow food and feed for animals.”

The health cost of using sludge outweighs the benefits, advocates say. Many have questioned the sense in spending billions of dollars to pull sludge out of water only to inject the substance into the nation’s food supply, and calls for a ban on the practice are growing louder.

“The EPA could today require treatment plants to test sludge for PFAS and warn farmers that they may be contaminating fields, but it has refused to do so,” Faber said.