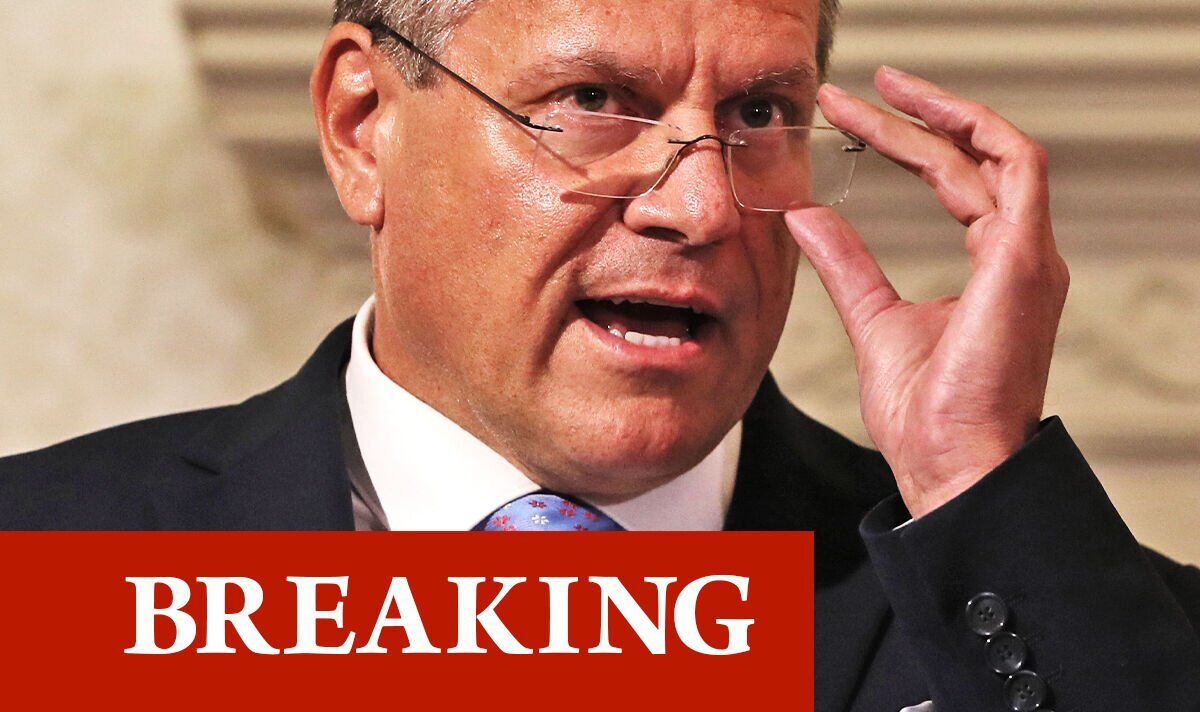 He said: in a statement: “It continues to be of serious concern that the UK government intends to embark on the path of unilateral action.”

The Commission chief added it would be “unacceptable” if the UK was to unilaterally scrap the agreement, and said the EU has offered a range of solutions for the problems the British government has with the deal.

He added: “We have made clear that there is still potential to be explored in our proposals. We are still awaiting the response from the UK side.”

The comments come as Ms Truss warned the EU that if it does not show the “requisite flexibility” over the Northern Ireland Protocol the UK will have “no choice but to act” alone.

After the call, a Foreign Office spokesman said Ms Truss made clear that the UK’s “overriding priority” is to protect peace and stability in Northern Ireland.

She told Mr Sefcovic the protocol has become “the greatest obstacle” to forming a new Northern Ireland Executive.

Following last week’s elections to the Northern Ireland Assembly, the DUP is refusing to enter into a new powersharing administration with Sinn Fein unless there are significant changes to the protocol which governs post-Brexit trading arrangements.

However, according to the Foreign Office readout of the call, Mr Sefcovic again insisted that there is “no room to expand the EU negotiating mandate or introduce new proposals to reduce the overall level of trade friction”.

The spokesman said: “The Foreign Secretary noted this with regret and said the situation in Northern Ireland is a matter of internal peace and security for the United Kingdom, and if the EU would not show the requisite flexibility to help solve those issues, then, as a responsible Government, we would have no choice but to act.”

A person close to the EU negotiating team told Bloomberg Brussels would launch infringement procedures against the UK should the Government decide to go ahead with the complete scrapping of the Protocol.

The unnamed source also said that the EU would halt talks over the status of Gibraltar in retaliation as well as feeling access that UK companies still have to the EU single market.

The Government has complained that the way it is being implemented is imposing a huge burden on businesses in Northern Ireland while leading to a renewal of sectarian tensions.

Ministers have repeatedly warned that they could unilaterally suspend the arrangements unless the EU agrees to major changes to reduce the impact.

However, that risks provoking an all-out trade war with Brussels at a time when the whole country is struggling with a cost-of-living crisis.