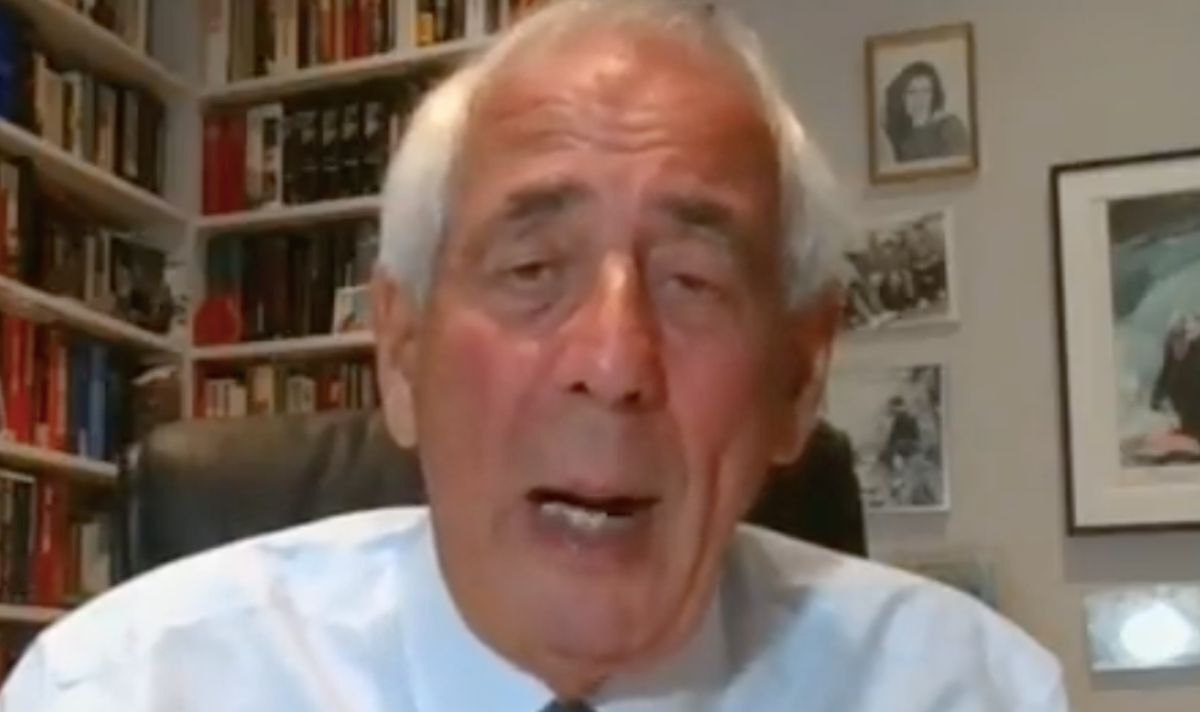 Author and journalist Tom Bower spoke to Mark Dolan on GB News about his explosive biography on the Prime Minister and his views on Mr Johnson’s trajectory overall. The biography, which was originally published in 2020, has been reviewed by the Daily Mail saying it “contains a string of startling revelations about Mr Johnson’s public and personal life and goes farther than any previous biography towards solving the enigma of his true personality”.

Mr Bower told Mr Dolan: “I think Boris is one of the luckiest politicians in post-war Britain.

“He is also a brilliant escapologist, but he plays to win, and he invariably has one when he’s lost he then always recovers.

“He does take gambles and that I think is one of the greatest original labels one can attach to him.”

He added: “He does play all to win, sometimes he wins and sometimes he loses but like all gamblers he is never put off from losing if he loses, he just tries again.”

In recent months many have noted the Prime Minister’s slippery nature that seems to allow him to get away with mistakes time and time again.

Mr Falconer said: “The greased piglet might slip through the hands of those trying to hold him to account.”

On this, Mr Bower stated: “What is so fascinating that on this particular issue of Partygate where I would have thought if there hadn’t been the Ukraine war that Boris was going to fall because he hadn’t told the truth in Parliament, along comes Putin to save him and along comes Starmer and ‘Beergate,’ which is going to reflect again the spotlight away from Boris.”

He continued: “That’s what I mean, he gambles, he hangs on, he refuses to retreat or to even consider resignation and something comes along, and he then picks up and carries on again.

One of the most elusive elements of the Prime Minister’s personality is how he appears to be simultaneously loved and loathed by the public and how this has shifted since he left his post as Mayor of London.

Mr Bower said: “There’s no doubt he delivered Brexit which was the popular mandate and no one else could do it, but then he was struck by Covid and now by the Ukraine war and it’s pushed him off balance, but he’s also become a weaker man than he was I think when he was Mayor.

“The point is that his domestic life I don’t think is very stable and I don’t think that he has actually at the moment got a convincing ideology, he has failed to continue to have a dialogue with the public.”

He added: “One of his great achievements as mayor was that he always was able to talk to the people and they understood him and he has lost that ability now.”

A YouGov poll asking if the Prime Minister shows strength or weakness shows that in April 2020 at the beginning of the COVID-19 pandemic, 61 percent saw him as strong with 23 percent saying he was weak.

By February 2022 with Partygate exploding across the media, the statistics flipped with 61 percent viewing him as weak and 23 percent as strong.

As of April this year the odds have moved slightly in his favour, with 56 percent seeing him as weak.