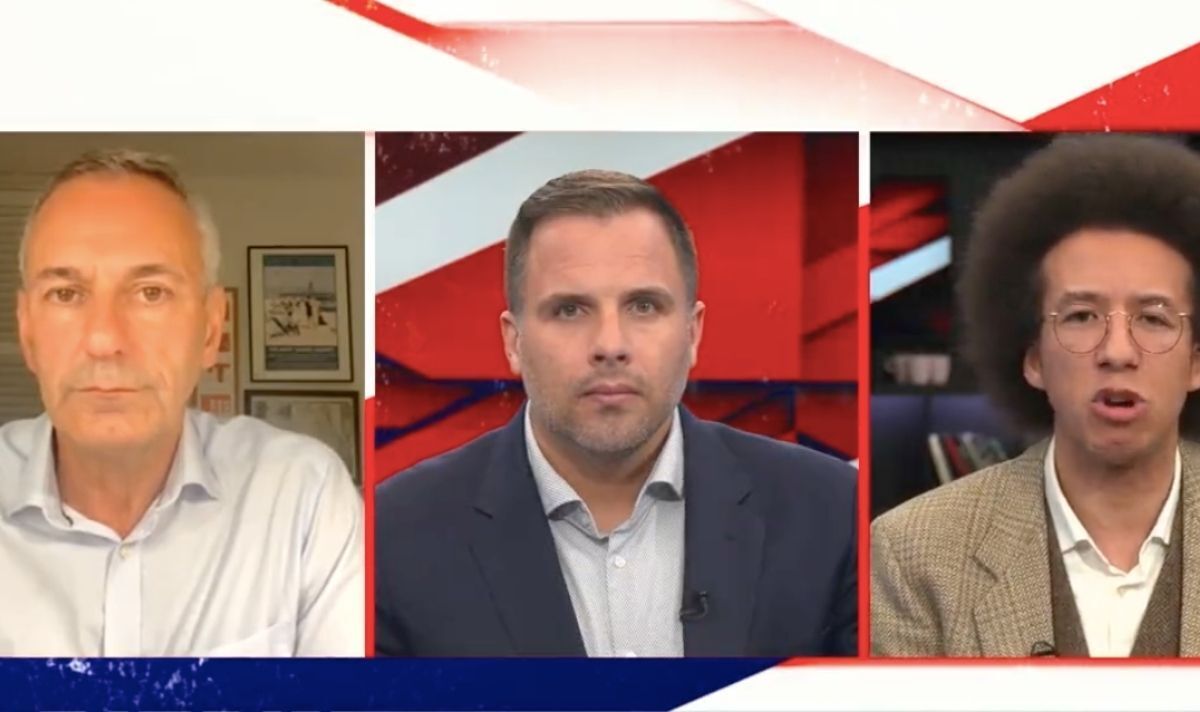 On Tuesday, Prince Charles was seen giving the Queen’s Speech at the state opening of Parliament. And again on Wednesday he and the Duchess of Cornwall stood in place of Her Majesty at the first summer Garden Party Buckingham Palace has seen in three years.

Speaking to GB News’ host Dan Wootton, commentator Calvin Robinson stated: “I don’t understand this idea that she has not clocked in therefore she should be deducted wages.

He added: “These things are values that the British people used to understand. It seems to me that we’ve lost all meaning of them.”

Political journalist Kevin Maguire retorted: “She gets a huge amount money, has incredible privileges, nobody would be allowed in public service –“

GB News host Dan Wootton and Mr Robinson interrupted the journalist with Robinson accusing him of being “envious” of the Queen’s wealth and Mr Wootton asking: “Would you want her job Kevin?”

“This isn’t just waving a hand every now and then.”

This was met with an eye roll from Mr Maguire who retorted: “Don’t make it sound like working on a building site or cleaning hospital floors.”

Mr Wootton questioned Mr Maguire on how many 96-year-olds he knew still working and said in light of the Queen’s wish not to be seen in public in a wheelchair after seeing her sister Princess Margaret do so that: “After seven decades of impeccable service, Kevin, we owe her enough to respect that decision.”

Mr Maguire replied: “I think after seven decades it’s time to say, ‘thank you and goodbye’…it’s time to make way for somebody else.”

The political journalist who labelled himself as the “voice of common sense and reason” accused Mr Wootton and Mr Robinson of “drowning in deference” when he mentioned the Queen’s role in the Territorial Army during the Second World War.

He stated: “You’re drowning in deference. Served in World War Two?! She wasn’t on the Arctic Convoy, she wasn’t at D-day, she wasn’t flying a spitfire in the Battle of Britain – come on! Get a grip man! Get a grip of yourself.”

Mr Robinson accused Mr Maguire of “disrespecting a 96-year-old who spent her entire life serving this country” and Mr Wootton raised his voice at Maguire shouting: “She served in the Territorial Army and do not do down that service.”

He continued: “My Grandma served in exactly the same force that she did and as young teenage women in the 1940s to go and be prepared to serve in the army to back up your country was a massive deal and to do so as a Princess was even bigger.

“So do not do down what she did during World War Two because it was utterly incredible, and the country has so much respect for what she did…she could’ve cowered away in her castle, and she didn’t.”