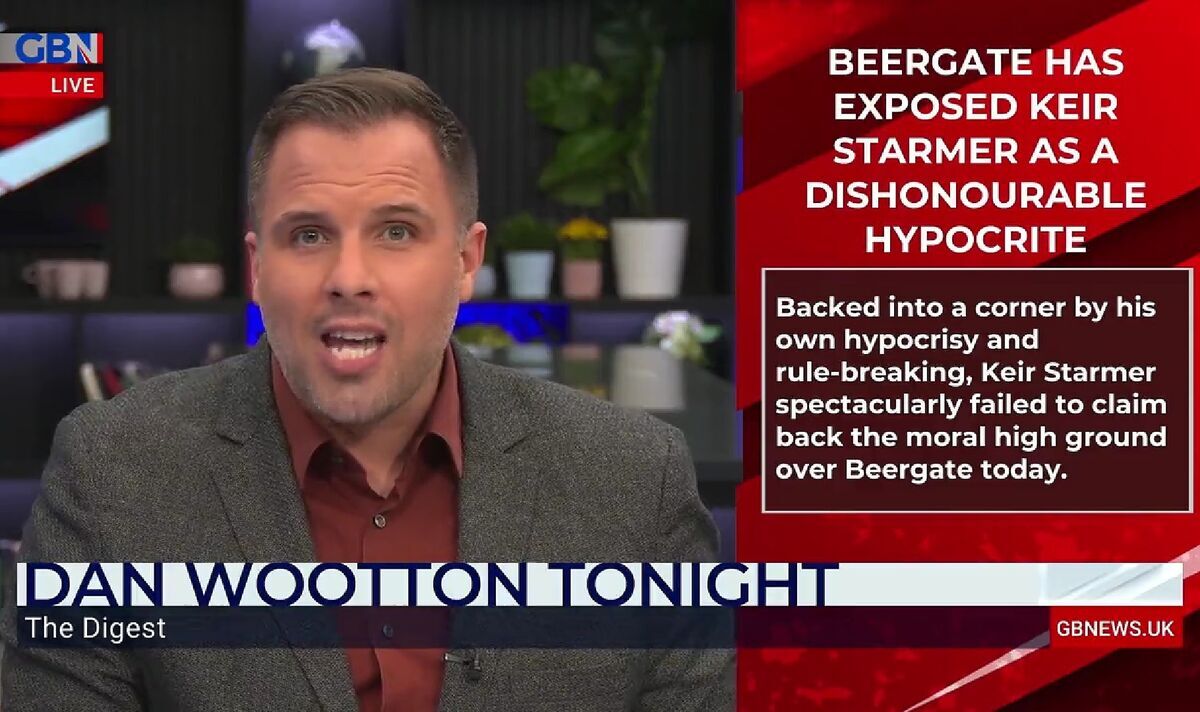 Mr Wootton said the Labour Party’s “tissues of lies” over “beers with Keir” was collapsing in reference to the lockdown breaking gathering involving beer and curry in Durham when Mr Starmer was campaigning in Hartlepool. The GB News presenter said that, despite the claims of the Labour leader no rules were broken, he was “utterly convinced” they were after reports of people being drunk at the gathering have emerged.

He said: “Backed into a corner by his own hypocrisy and double standards and rule breaking Keir Starmer tried to claim back the moral high ground over beergate today but spectacularly failed.

“Starmer knows there is virtually no chance of Durham Police issuing them a fine.

“They have an official policy not to hand out retrospective fixed penalty notices for fixed lockdown breaches. Even Domonic Cummings didn’t receive one for his obvious rule breaking flight of fancy to Barnard Castle.

“So the key is will Starmer resign if the police find he breached the lockdown rules. Which, based on the evidence, I am utterly convinced that he did.

“Well when asked that question tidal slippery Starmer of course refused to commit.

“So let me follow this he’ll stay on as leader if he is found in breach of the laws, exactly what he’s attacked Boris Johnson and Rishi Sunak for.

“Indeed if Starmer were to follow his own standards to the Prime Minister he should have resigned on Friday afternoon the moment Durham Police announced its investigation.

“The Labour Party’s tissues of lies over beers with Keir has collapsed over the past two weeks.

“A bombshell memo released by the Mail on Sunday yesterday proved the curry night was preplanned, in stark contrast to Starmer’s claim he stopped for a bite to eat.

“The Labour Party had already been forced to admit it lied over the attendance of the party’s Deputy Leader Angela Rayner at the gathering. Who today also confirmed she would quit if issued with a fixed penalty notice.

“Attendees at the event have poured scorn on Starmer’s claim they went back to work after the curry and beer party. With Politico reporting today that many there were drunk and obviously not working.

“Starmer also claimed publicly that the curry night was needed because the restaurants and pubs were closed in Durham that night when that’s not true.

“Many were open but you had to eat outside.

“Heaping further shame on Starmer the former director of public prosecutions of course is the envious position he’s now put the Durham Police.”

Mr Wootton asked viewers not to give Starmer any credit for holding a press conference to resign if issued a fixed penalty notice as GB News along with other news outlets were banned with only Journalists from the BBC, ITV and Sky News present in the stage managed briefing.

The Kiwi broadcaster raged that these outlets were like Starmer part of the “Brexit hating London Metropolitan elite” and announced he was “proud” to break Covid laws.

He said: “By the way don’t give Starmer any credit for facing the media today.

“GB News, which has been on this story since the start, was banned from today’s press briefing as was every national newspaper.

“We shouldn’t be surprised the BBC, ITV News and Sky News were all obsessed with the partygate story.

“They covered it breathlessly for months on end because they thought they could bring down Boris Johnson.

“But they have absolutely zero interest in pursuing original journalism on beergate because they are in the tank for Starmer.

“Who let’s be honest is one of them a Brexit hating member of the London Liberal Metropolitan elite.

“I don’t think anyone should have to resign for breaking the Covid laws that were totally immoral.”