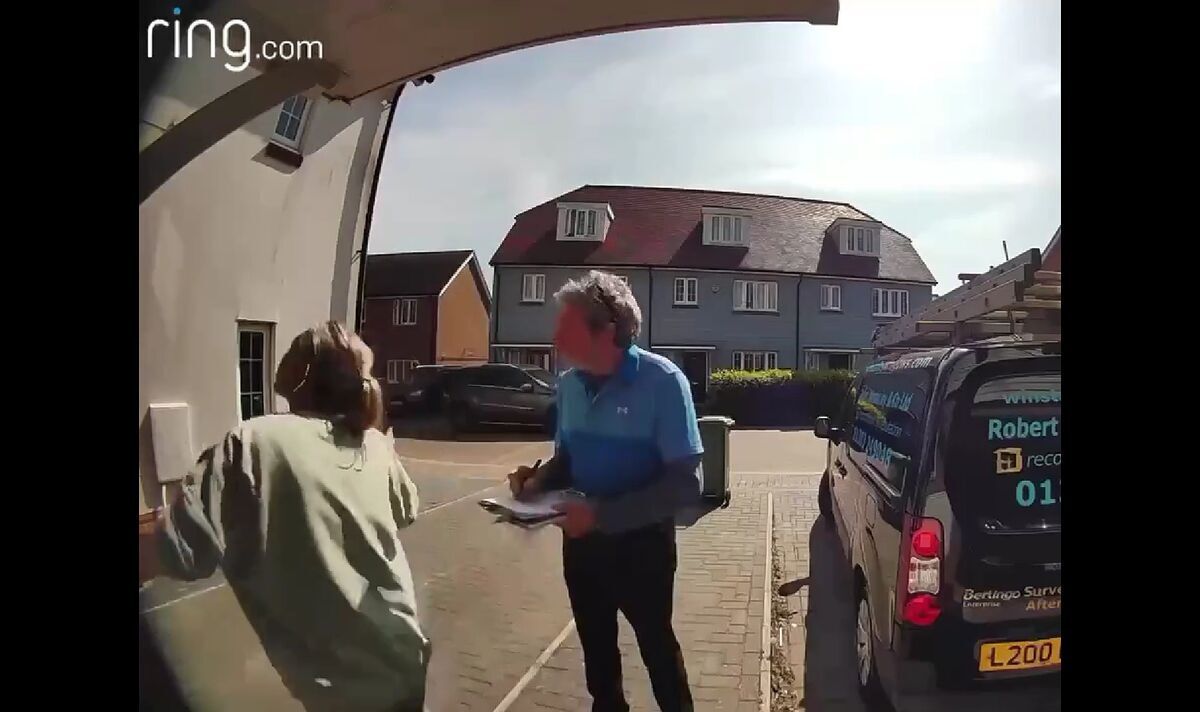 In the clip, viewed over 2.2 million times so far, the woman is talking to a workman outside her house when she is distracted by something immediately to her left. She exclaimed loudly: “Oh my oh get back, Clarence.”

At the same time she rushes and catches a falling dog, presumably her own perfectly.

She then lids the dog up exclaiming “oh my god” and checking if the dog is injured before putting it down.

It’s not clear from the 15 second clip how the dog got into a position where it could fall out of a first floor window.

The clip has generated an amazing response on Twitter, with many users praising the woman.

Lad bible, who published the video, said: “This woman is a true hero.”

Twitter user @Equestrian34 added: “Was the dog ok? Why did it jump? That’s a hard landing but so thankful she caught him!”

Another user @fabiangib commented: “Did she say his name is Clarence? Great name.”

@darleep commented: “United were absolutely awful against Brighton but the dog needs to realise it’s only a game…”