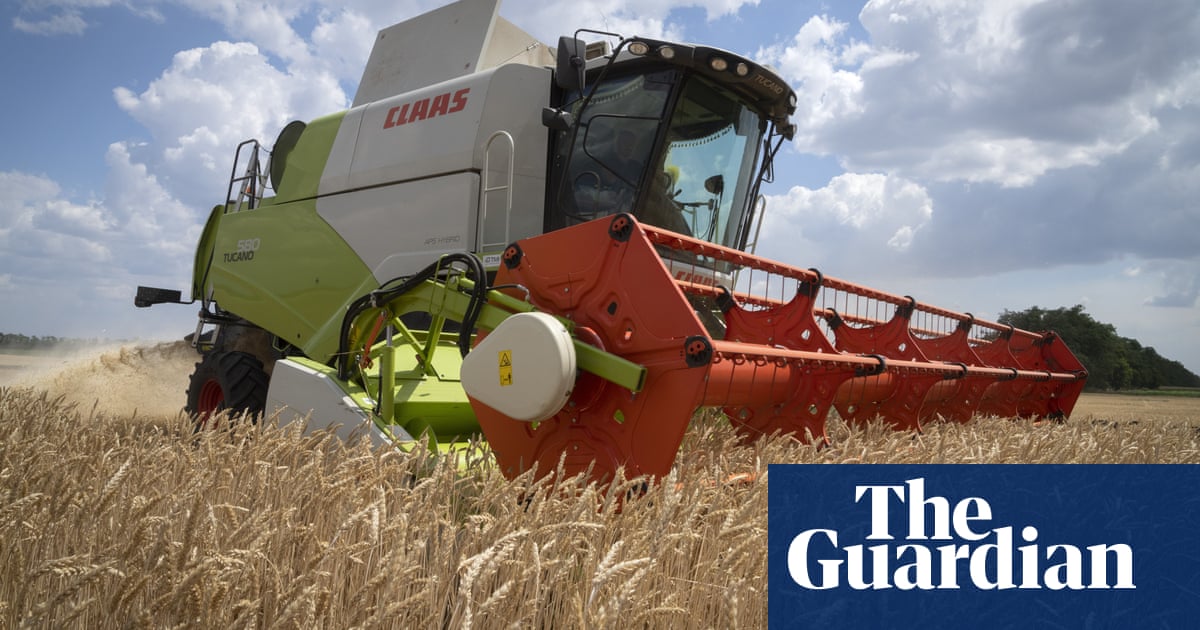 Governments should put a moratorium on the use of biofuels and lift bans on genetic modification of crops, a green campaigning group has urged, in the face of a growing global food crisis that threatens to engulf developing nations.

Ending the EU’s requirement for biofuels alone would free up about a fifth of the potential wheat exports from Ukraine, and even more of its maize exports, enough to make a noticeable difference to stretched food supplies, according to analysis by the campaign group RePlanet.

About 3.3m tonnes of wheat were used in 2020 as feedstock for EU biofuels, and Ukraine’s 2020 wheat exports came to about 16.4m tonnes. About 6.5m tonnes of maize was also used for EU biofuels, compared with about 24m tonnes exported from Ukraine the same year.

Supplies of wheat and maize for export from Ukraine are already under serious threat from the Russian invasion, with shipments held up and harvests damaged by the war. Food prices are rising around the world, with the war in Ukraine a key factor.

That makes it imperative for governments to stop mandating the use of biofuels, according to RePlanet, in a report entitled Switch Off Putin. Mark Lynas, a veteran environmental campaigner and a co-founder of RePlanet, said: “Europe can and must beat Putin’s global food blackmail. Just as Europe must stop buying fossil fuels from the Kremlin by saving energy, so we must also do our bit to help avoid starvation in the global south by sparing food at home.”

The EU, the US and the UK are among countries that mandate the use of biofuels, usually mixed with petrol or diesel fuel, for road vehicles.

But much of the biofuel used derives from food crops, including wheat, maize and edible oils. The World Food Programme has warned that the rising prices of these staples, which has been driven by a combination of the Covid pandemic, climate breakdown and the war in Ukraine, is generating a food crisis around the world.

In the UK, the Renewable Transport Fuel Obligation requires about 10% of the fuels supplied by fossil fuel companies to be “sustainable”, which in effect means biofuels. However, the amount that can come from food crops is capped at 4%, and will be reduced further to 2% in 2032.

A UK government spokesperson said: “Biofuels, and other renewable fuels, will continue play an important part in helping to decarbonise transport and meet our climate goals. However, to help address the global food price crisis, we continue to promote waste-derived biofuels and are reducing the percentage of crop-based biofuels that count towards supplier targets.”

RePlanet found that although the original justification for biofuels was as a lower carbon alternative to fossil fuels, in fact, owing to the impact on food, the fertiliser and energy used to produce the grains and oils and the land converted to agriculture to produce biofuels, there is little carbon saving over fossil fuels.

RePlanet also argues that consumers in rich countries should eat less meat to free up grain for people’s diets around the world, and that prohibitions around the world – particularly in the EU – on the genetic modification of crops should be lifted to make higher yields possible.

In another recommendation likely to be controversial, the report suggests that the EU’s organic targets should also be ditched in favour of conventional and intensive farming techniques to allow for higher productivity.

Karolina Lisslö Gylfe, the secretary general of RePlanet, said: “If Europe doesn’t pragmatically look at finding evidence-based solutions, the outcome will be worse for the world’s poor, for the climate and for nature conservation. It will also make it harder to face down Putin’s aggression in Ukraine. Europe can and must do better.”

Biofuels were discussed briefly by the G7 leaders at their meeting at Schloss Elmau in Germany last month. The UK raised a proposal for the world’s biggest economies to review their use of biofuels and their role in decarbonisation, given food security concerns.

But the final communique from the leaders contained only the resolution: “We will continue to be mindful with regards to our long-term drive towards alternative fuels for transport, to our objectives on climate and biodiversity and food security.”