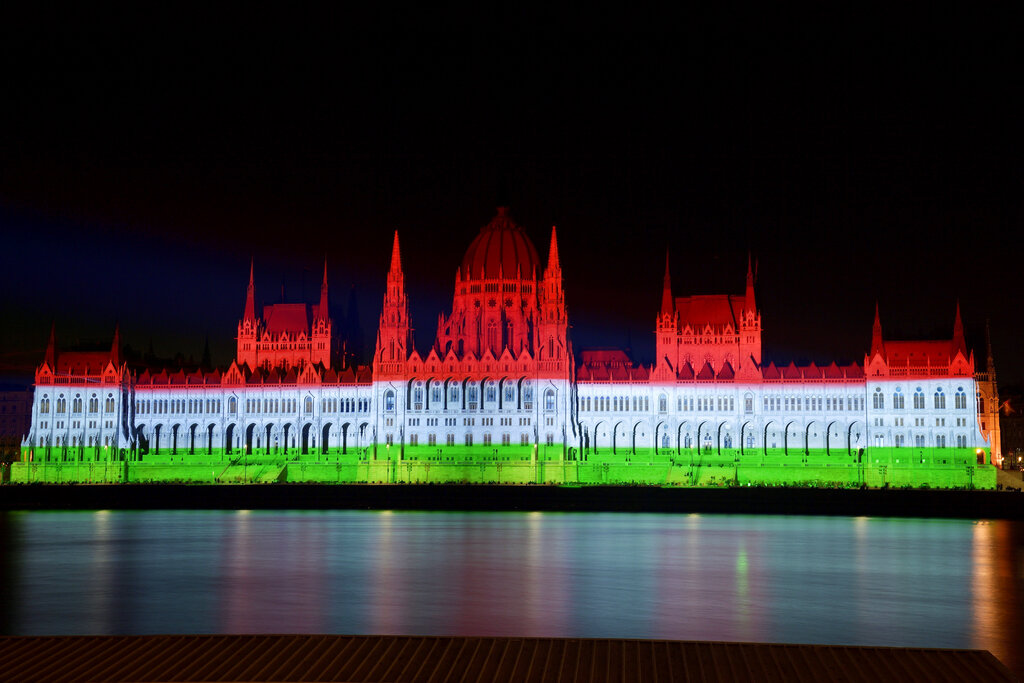 BUDAPEST, Hungary — The two top officials of Hungary’s meteorological service were fired Monday after an inaccurate rain forecast prompted the postponement of a fireworks display on the country’s most important national holiday.

The firings of the head and deputy head of the National Meteorological Service prompted accusations of political interference from Hungary’s nationalist government.

The annual St. Stephen’s Day fireworks show along the Danube River in Budapest — billed as the largest display in Europe — was called off Saturday afternoon based on forecasts that said extreme weather was likely around the 9 p.m. start time.

By evening, the storms had not materialized in the capital, but the show, which typically draws more than a million spectators, already had been rescheduled for the next week due to safety concerns.

The firings were announced in a brief statement by Minister of Technology and Industry Laszlo Palkovics, a top cabinet member in the government of Hungarian Prime Minister Viktor Orban.

The fired weather service chief, Kornelia Radics, had served in her post since 2013 and her deputy, Gyula Horvath, since 2016.

While the minister did not provide a reason for the dismissals, the meteorological service had received harsh criticism in Hungary’s government-aligned media, which charged that the service’s “gravely wrong” forecast had caused a needless postponement of the fireworks display.

The Ministry of Technology and Industry did not immediately respond to a request for comment.

Critics of Orban’s government, which has been accused of corruption, nepotism and anti-democratic tendencies, charged that the firings were politically motivated and reminiscent of Hungary’s communist past.

In a Tuesday statement, the meteorological service demanded the reinstatement of its fired leaders. The agency described coming under “political pressure” concerning its assessments of weather models on the holiday and that those applying the pressure “ignored the scientifically accepted uncertainty inherent in meteorological forecasts.”

“It is our firm view that, despite considerable pressure from decision-makers, our colleagues … provided the best of their knowledge and are not responsible for any alleged or actual damage,” the service wrote.

Independent lawmaker Akos Hadhazy wrote in a Facebook post Monday that the meteorological service had “never before had such a responsibility. They can choose to remain silent, or they can choose to strike until the chief, who was fired in a communist-style move, is reinstated.”

“Their decision could change the fate of the whole country,” Hadhazy wrote.

The planned St. Stephen’s Day display, held every Aug. 20, was to present “a condensed chronicle of a thousand years from the birth of Christian Hungary to the present day, focusing on the lessons of national values,” according to the event’s website.

It was billed as a “tableau of the great periods and significant moments of Hungarian history, emphasizing the important national values that can also provide a moral lesson for everyday life.”

While the display is a popular annual event, some Hungarians oppose its scale and cost in the country of fewer than 10 million inhabitants. A petition against holding the display gathered nearly 200,000 signatures, arguing the money should be used to support Hungary’s floundering economy.

“In a country where the currency is weakening day by day while prices are rising, there is no place for such a luxurious spectacle,” the petition reads.

The postponement of the fireworks came 16 years after a deadly St. Stephen’s Day event in 2006, when strong storms with wind gusts of up to 60 miles per hour (100 kilometers per hour) hit Budapest as around 1.5 million people had gathered to view the display.

Five people were killed and more than 300 were injured amid the panic that ensued.