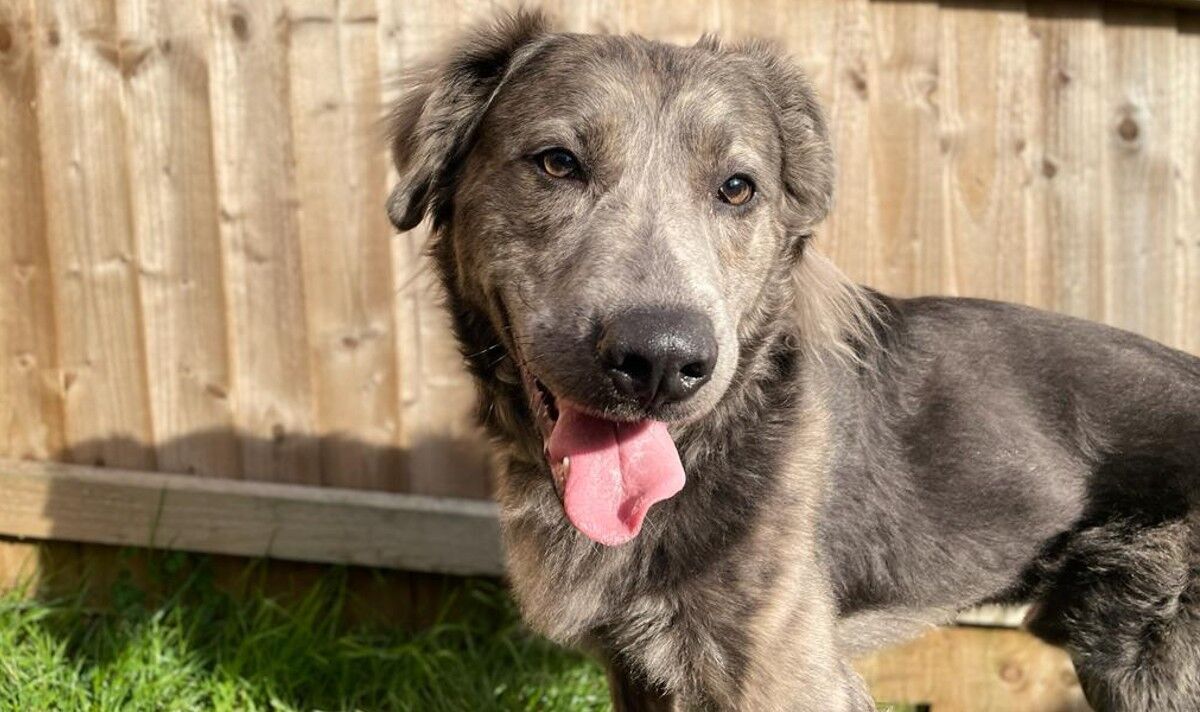 The RSPCA is hoping it will be third time lucky for five-year-old crossbreed Charlie. The pooch arrived at the charity’s Newport Animal Centre in January 2021 after being rescued from a run-down barn in Ceredigion, Wales, along with 44 other dogs.

Poor Charlie had never been outside, worn a collar or gone for a walk before he arrived at the kennels.

Since then he has come on in leaps and bounds but is still waiting to be picked by adopters.

Two potential offers of homes came to nothing and he is now the centre’s longest-staying resident.

Deputy manager Kathryn Logan said: “We were feeling so hopeful that Charlie would be enjoying life with new owners by now, but sadly the two offers of homes have fallen through and we find ourselves back at square one.

“He’s come such a long way from the scared and nervous dog he was when he arrived at the centre back in January 2021.

“He had never gone outside, worn a collar or been on a walk, but his transformation has been quite incredible.

“For the first few weeks he wouldn’t move from the corner of his kennel, and it was only when he began to trust his carers and feel more at ease that he would place his chin on our hand, although it wasn’t until four months later that he was confident enough to take his first steps outside the kennel.

“Charlie really is a different character now, his beautiful personality shines through and he loves a cwtch from his carers.

“I think his favourite pastimes are rolling around on the nearest patch of grass when we go out walking and then wrapping himself up in towels when he’s had a bath.

“Despite what he’s been through, he’s exceptionally friendly and he would definitely enjoy, and benefit from, the company of another canine companion.”

Charlie is looking for a quiet adult-only home as he can find new things scary.

He would ideally like to live with another calm and confident male dog, or neutered female.

His new family will need to visit him several times at the centre before taking him home so he can get to know them.

Find out more about Charlie here.