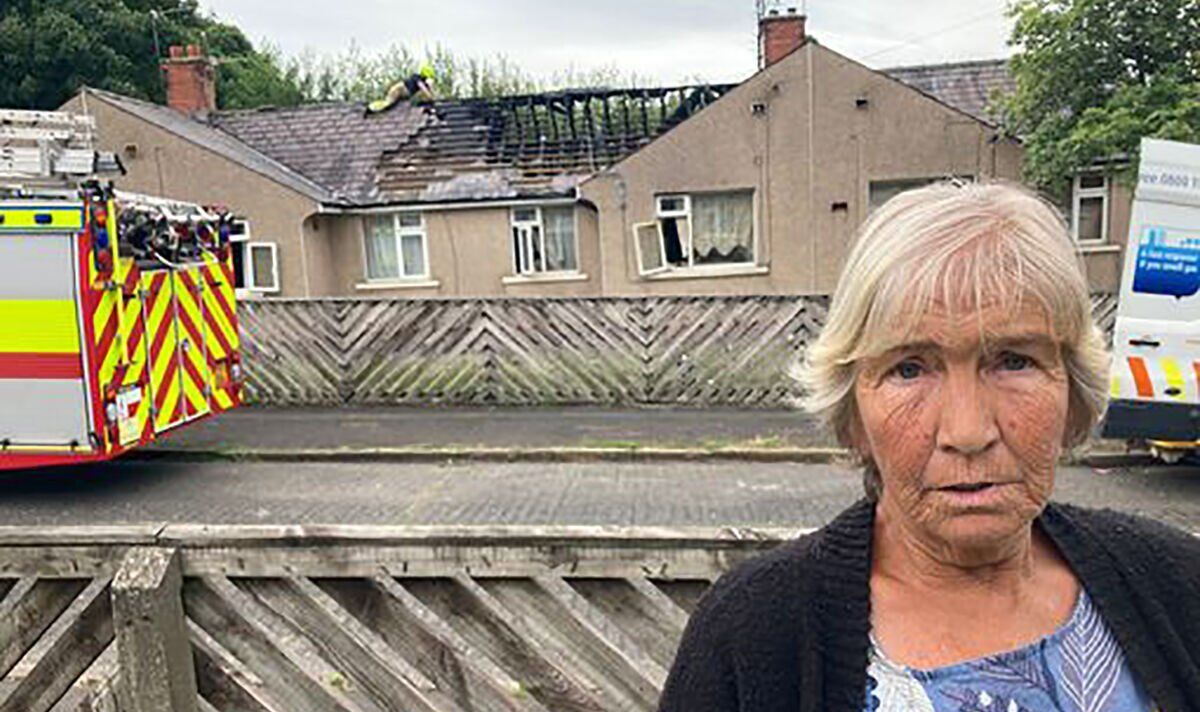 Ambulances arrived at the scene after it was reported one male and one female, both in their 50s, suffered smoke inhalation.

It is believed a fire started in a shed at one of the homes, Yorkshire Live reports.

“Following a call at 03:27 this morning (12 July), five crews, from Illingworth, Halifax, Rastrick, Bradford and Fairweather Green attended a fire that had started at the rear of a property on Ovenden Crescent, Halifax,” West Yorkshire Fire and Rescue said today.

“The fire spread to outbuildings and the closest property. The fire impinged on utility supplies outside the building causing an explosion outside the property.

“Two casualties have been attended to by Yorkshire Ambulance Service for smoke inhalation. Six houses were evacuated and temporary re-housing has been put into place.

“The cause of the fire is currently being investigated by our Fire Investigation team and West Yorkshire Police. WYFRS are working with our local partner agencies to support residents in the area as well as those directly affected by the incident.”

West Yorkshire Police has been contacted for further information.

It comes after a gran died in a house explosion in Kingstanding, Birmingham, earlier this month.

Doreen Rees-Bibb, 79, was found dead at the property where the blast originated.

The explosion is feared to be linked to a faulty boiler at the three-bed terraced home.

A bloodied man yelled “please save my missus” as hero neighbours dragged him out of his destroyed house.

And one person died following a gas explosion in Bedford recently.

Pictures from the blaze show flames and smoke billowing out of the roof of the block of flats.

Adam Fisher, 37, a sales worker whose office is nearby to the block of flats said he had heard a “huge explosion” and saw an “inferno” at the site.