Skip to content
HomeNews‘Hope it’s worth it’ Harry and Meghan to ‘pay high price’ for Oprah row, warns Duke’s pal 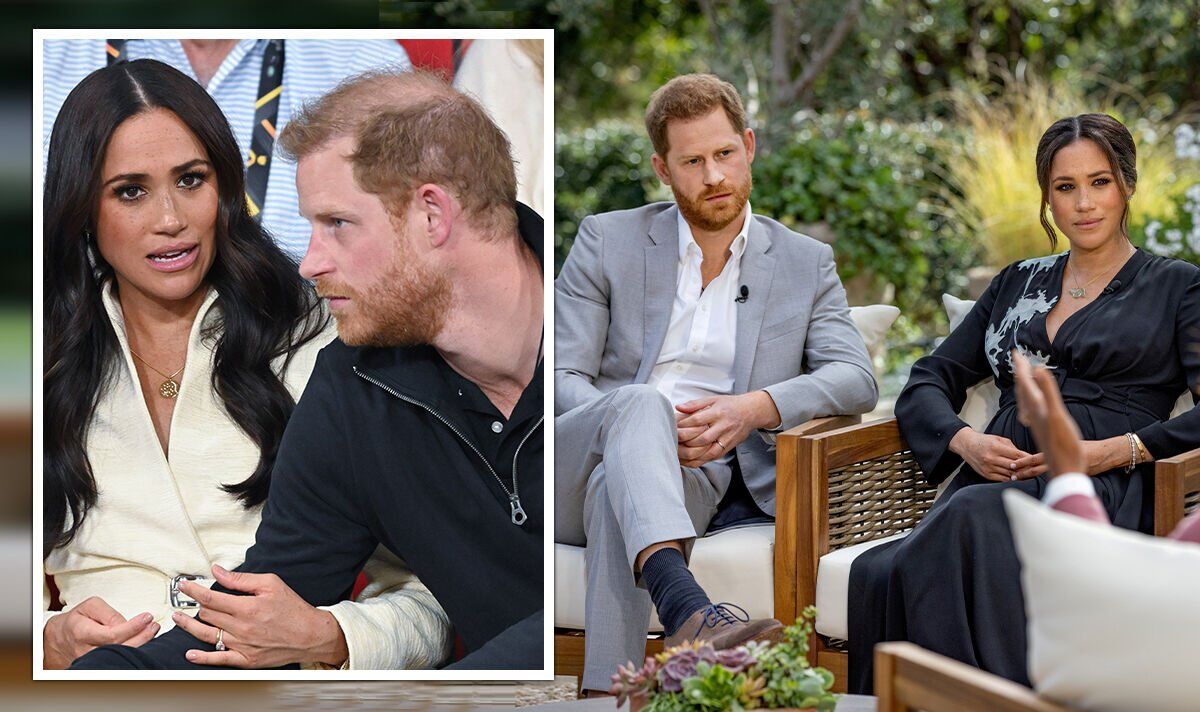 The Duke and Duchess of Sussex quit their roles as senior royals back in 2020 and moved to the US, in a move dubbed “Megxit”. Ex-Household Cavalry Lance Corporal Martyn Compton said he was “shocked” and “amazed” by Prince Harry and Meghan Markle’s decision to step down.

After quitting duties, the couple then went on to take part in an explosive tell-all interview last March with Oprah Winfrey.

Meghan, 40, and Prince Harry, 37, made a series of bombshell claims about their time as members of the Royal Family.

The couple alleged there had been “concerns and conversations” raised by a member of the family about what colour Archie’s skin would be.

They also claimed that a rift had arisen between Harry and his father, with the Duke claiming that at one point Prince Charles had “stopped taking my calls”.

The series of bombshell claims made by the duo saw them being accused of severely damaging the Royal Family’s international reputation, while others questioned the accuracy of their allegations.

Just a few weeks prior to the Sussexes explosive tell-all last year, Prince Harry’s friend from his former army days said he “genuinely hopes” that the TV interview was “worth it to him”.

He told the Sun that “nobody knows” the Prince’s motivations but added that he really hoped Harry had given himself “the time to think it all through”.

Martyn Compton said: “As Prince Harry’s friend and someone who has served alongside him, I’m shocked and amazed it’s all come to this.

As part of the move to the US which saw him step out of the royal spotlight, Harry was stripped of his honorary royal titles.

The Duke of Sussex was also stripped of his military titles and is also not permitted to wear his military uniform to any royal events.

A statement released by Buckingham Palace at the time of ‘Megxit’ read: “The Duke and Duchess of Sussex have confirmed to Her Majesty The Queen that they will not be returning as working members of The Royal Family.

“Following conversations with The Duke, The Queen has written confirming that in stepping away from the work of The Royal Family it is not possible to continue with the responsibilities and duties that come with a life of public service.

“The honorary military appointments and Royal patronages held by The Duke and Duchess will therefore be returned to Her Majesty, before being redistributed among working members of The Royal Family.”

The ex-Household Cavalry Lance Corporal added that being in the military means a lot to Harry and that he gained the respect because he “earned it,” not because of “who he was”.

He was forced to forfeit his roles as Captain-General of the Royal Marines, Honorary Air Commandant of RAF Honington and Commodore-in-Chief Small Ships and Diving.