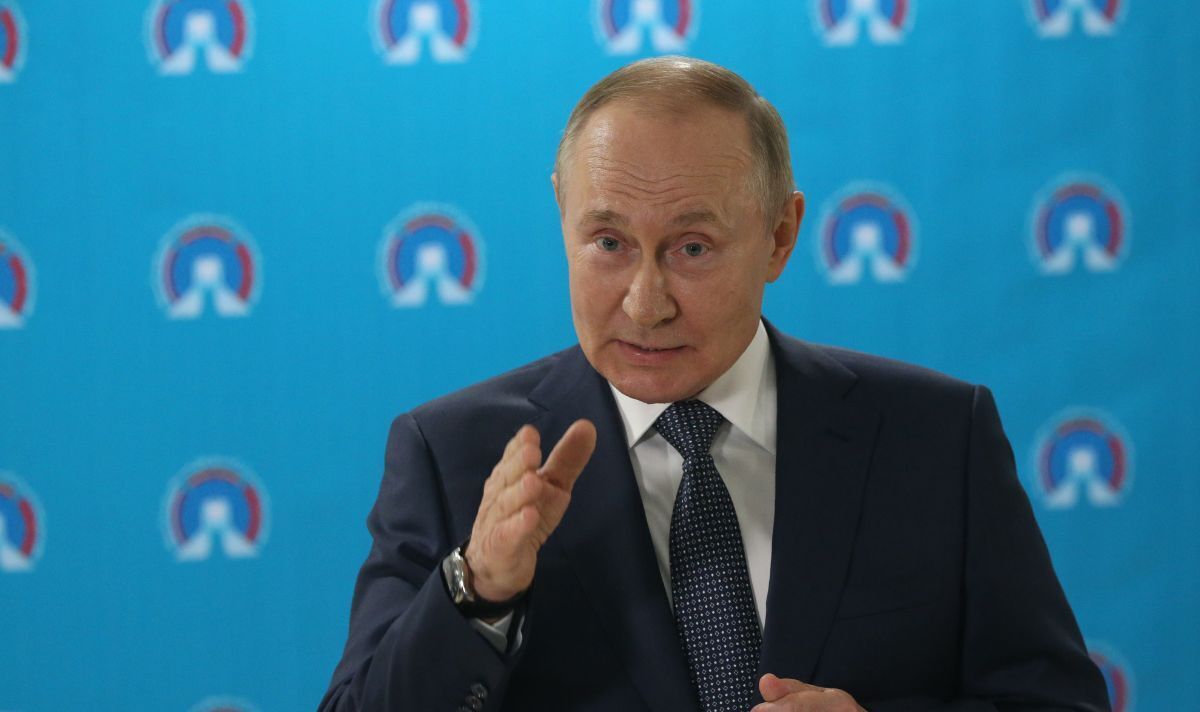 As Russian forces attempt to keep hold of occupied regions of Ukraine while taking more areas, the Kremlin is appointing illegitimate proxy officials in regions under Russian control. In many areas Ukrainian citizens are being forced to apply for Russian passports and citizenship and tuition is being given in Russian alongside the use of the rouble.

The chief National Security Council spokesman John Kirby told the White House during a press briefing that Russia is installing these officials, attempting to introduce the ruble as the default currency and force Ukrainians to apply for Russian citizenship.

Mr Kirby said: “We have information today, included from downgraded intelligence that we’re able to share with you, about how Russia is laying the groundwork to annex Ukrainian territory that it controls in direct violation of Ukraine’s sovereignty.”

He stated that Russia is attempting to impair internet access to civilians and is “attempting to set the conditions on the ground by seeking to establish branches of Russian banks to establish the ruble as the default currency.”

The National Security Council spokesman stated that the tactics being employed by Russia were those used previously when they annexed Crimea.

Crimea was annexed when Russia took it from Ukraine in what is still seen as an illegitimate annexation by the international community.

Mr Kirby said: “We want to make it plain to the American people. Nobody is fooled by it.

“[Vladimir Putin] is dusting off the playbook from 2014.”

He added: “Russia is beginning to roll out a version of what you could call an annexation playbook, very similar to the one we saw in 2014.”

According to Kirby there is “ample evidence in the intelligence and in the public domain” of the intentions and actions of the Kremlin.

He added that Moscow is already “reviewing detailed plans to purportedly annex a number of regions in Ukraine” such as Donetsk and Luhansk amid fierce fighting in the east of Ukraine.

He said: “We know their next moves: First, these proxy officials will arrange sham referenda on joining Russia, then Russia will use those sham referenda as a basis to try to claim annexation of sovereign Ukrainian territory.”

During the same briefing, Mr Kirby confirmed a new weapons package to be sent to Ukraine to support it in its fight with Russia which is currently focused in the east of the country.

The United States continues to take a defiant stand against Putin, along with the other allies in the West.

Mr Kirby concluded his speech saying: “Annexation by force will be a gross violation of the UN Charter, and we will not allow it to go unchallenged or unpunished.

“We’re also going to continue to expose Russian plans so the world knows that any purported annexation is premeditated, illegal, and illegitimate…and we are sanctioning the Russian installed puppets and proxies in areas of Ukraine that are under Russian control.”

He continued: “If Russia nevertheless proceeds with their annexation plans, we’re going to respond swiftly and severely and in lockstep with our allies and partners.

“Russia will face additional sanctions and become even more of a global pariah than it is now.

“We will never recognize any purportedly annexed territories belonging to Russia.”