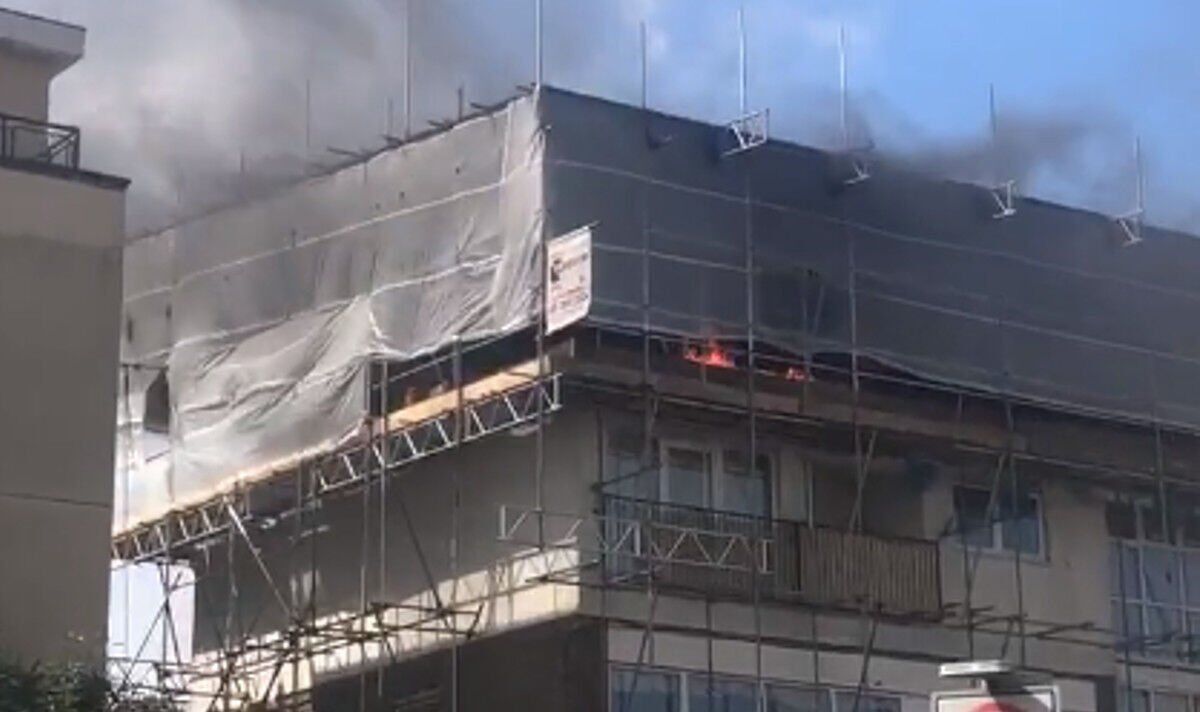 Part of the roof of a four-storey block of flats is alight on Griffiths Road in Wimbledon. Fire crews were first called at around 9.54am, with teams from across south and west London attending.

Three men have been taken to hospital by the London Ambulance Service.

Five fire engines are in attendance, the London Fire Brigade said in a statement.

It is not currently known what caused the fire.

Footage from the scene shows the block of flats alight under scaffolding, with grey smoke pouring out from underneath a plastic canopy.