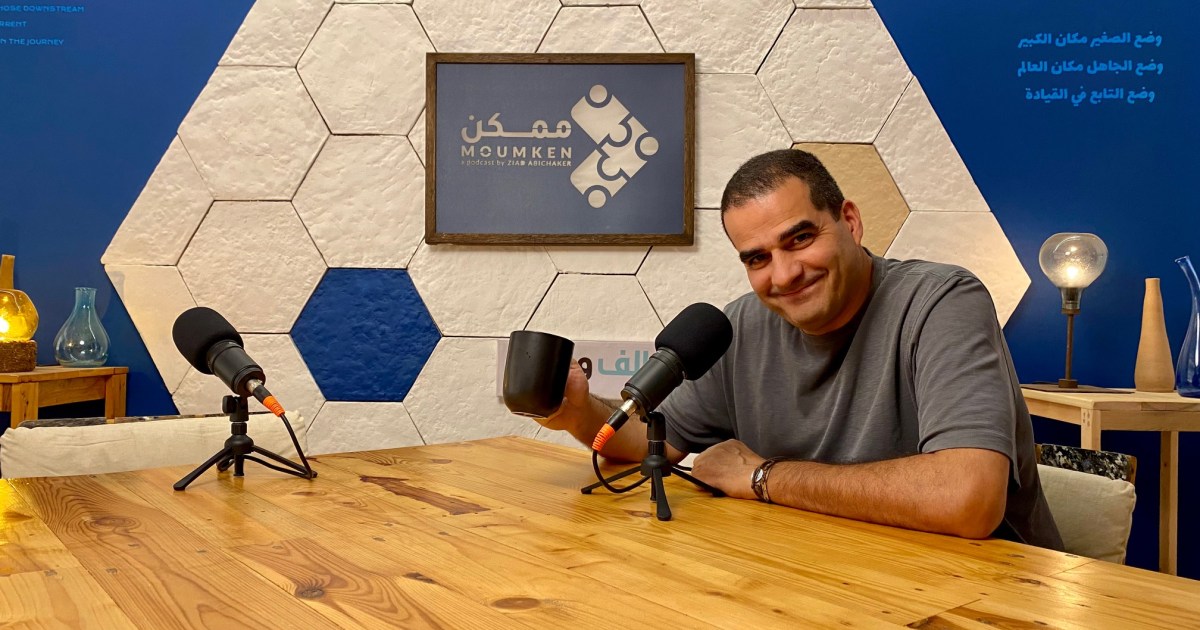 Beirut, Lebanon – Ziad Abi Chaker had a tried and tested plan for his campaign strategy in Lebanon’s upcoming parliamentary election, in which he is running for a seat in Beirut’s first district.

The environmental engineer wanted to get airtime on mainstream television stations to present his proposed solutions to some of the country’s most pressing economic and political problems after consulting experts.

“But then I got a call from someone, who offered me three to four minutes of airtime for $25,000,” Abi Chaker told Al Jazeera, still baffled. “I said 25,000 what? Do you know what that amount of money can do in Lebanon? We can feed 25 families for at least a month.”

Lebanese will head to the polls on Sunday, almost three years into a crippling financial crisis that has pushed more than three-quarters of the population into poverty and decimated the value of the country’s currency.

The majority of Lebanon’s dozens of television channels, radio stations and news websites – and what is left of its once-thriving print press – are affiliated to its traditional political parties, with almost a third belonging to the country’s most prominent families.

Resentment towards Lebanon’s ruling parties and cronies has increased in recent years – and the traditional media has taken note of this, according to Jad Shahrour, communications officer at Skeyes, a Beirut-based rights watchdog. He said that while broadcasters would on occasion bring in independent candidates on their shows, they ultimately saw the May 15 election as a financial lifeline.

“The traditional media relied on political funding and has been struggling in recent years with shrinking budgets,” Shahrour said. “So they see the upcoming elections are an opportunity to make up for some of those losses.”

Abi Chaker said he was also approached by other staff from top media outlets who offered him even higher rates – some amounting to six figures – while news websites had packages that started at $10,000.

“They think all the candidates are like the guys in power who are already rich or have wealthy patrons,” Abi Chaker said. “It was a dead-end.”

But Abi Chaker found a way out. In March, he decided to turn his office’s meeting room, which he had used for years to work on his waste management and environmental community projects, into a podcast studio. He fully equipped it with a few cameras, microphones and a mixing board to launch Moumken, Arabic for “possible”.

Abi Chaker’s large social media following helped him promote the podcast and reach people within Lebanon and the diaspora, as he discussed policy issues – from the lack of an independent judiciary and the need for universal healthcare, to restructuring the country’s comatose banking and electricity sectors.

Abi Chaker is among many candidates running against Lebanon’s traditional sectarian parties who have had to operate on shoestring budgets in the face of pricy media packages and sky-high inflation rates.

Verena El Amil, who at 25 is the country’s youngest parliamentary candidate, faced similar issues as she sought to promote her campaign. “I obviously can’t pay that amount of money,” El-Amil, who is running in Lebanon’s Metn region, told Al Jazeera with a laugh. “So we work really hard on grassroots campaigns with very little resources and money.”

Besides traditional campaigning that saw her going door-to-door and meeting constituents in cafés and on sidewalks, she has also tapped on Lebanon’s budding podcast scene to spread her message, appearing on shows such as The Beirut Banyan, whose host Ronnie Chatah has interviewed about a dozen candidates.

El Amil’s running mate, meanwhile, journalist and economic researcher Jad Ghosn has used his own podcast, Reflections with Jad Ghosn, to discuss pressing issues in the country with guests.

“I think people were pleasantly surprised,” said El Amil, who has also relied on Zoom and live social media broadcasts to interact and rally with voters, especially in the diaspora.

“We will keep pushing ahead of the vote on May 15, but we’re here to show that there are new voices – youth-led voices on the frontlines, and we can break this monopolisation.”

Still, El Amil, Abi Chaker and other candidates are wary of the power of traditional media.

Wealthy candidates and traditional political parties have spent exorbitant amounts of money for hundreds of billboards and banners that litter the bustling streets of Beirut and elsewhere, while cars blast their radio ads and civil war-era party anthems.

“There are heavy-hitters among the rulers who have all the money to buy all the billboards in their area, and get all the airtime they want,” Abi Chaker said with a shrug.

But while Moumken and other podcasts have helped new anti-establishment candidates get the exposure to win the hearts and minds of a disgruntled population, Abi Chaker said there was more to come.

“I think we’ll see an even bigger impact with this in the next elections,” he said.