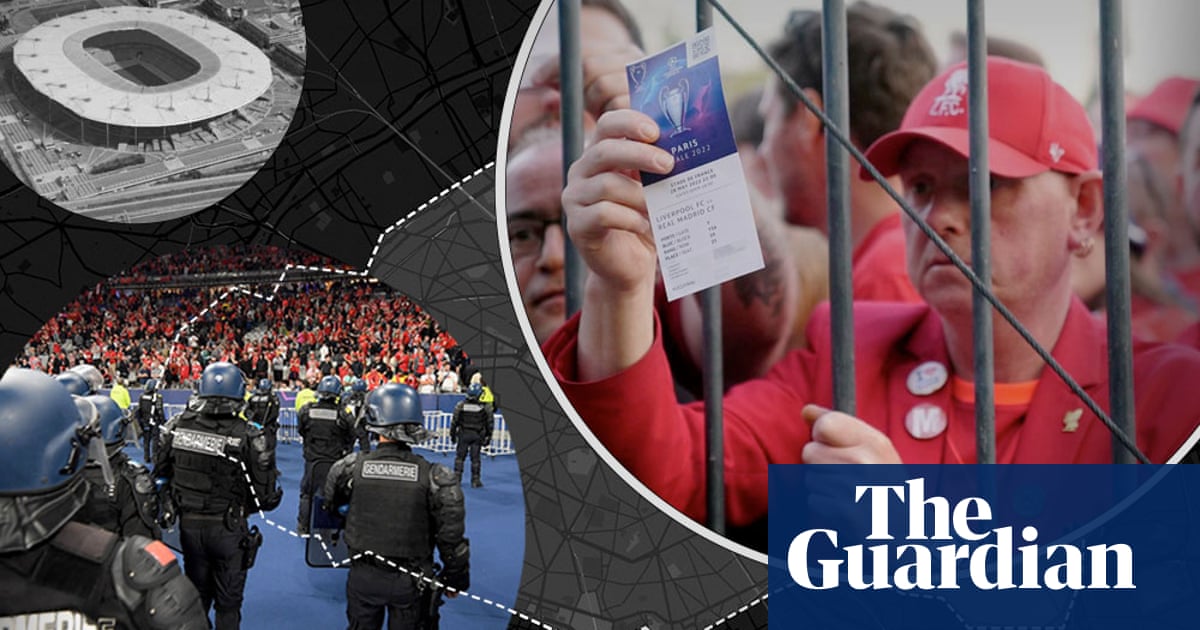 How the Champions League final descended into chaos – visual investigation

The most definitive look yet at what went wrong, why it went wrong, and how Liverpool supporters were instantly blamed on the night of the final against Real Madrid at Paris’ Stade de France

On 28 May 2022 the Champions League final between Real Madrid and Liverpool took place at the Stade de France in Paris. But the showpiece match between two great clubs was disfigured by chaotic organisation, in which Liverpool supporters suffered a near disaster and riot police teargassed spectators while failing to protect people from violent attacks by local thugs.

Yet the French government, police and Uefa united instantly to put the blame on Liverpool supporters, claiming that the chaos was caused by thousands seeking entry with fake tickets. Echoes of the 1989 Hillsborough disaster, in which 97 people were unlawfully killed but the South Yorkshire police falsely blamed Liverpool supporters, were inescapable.

Two official reports in France have severely criticised the police operation but not substantially contested the claims of “industrial scale” ticket fraud. Liverpool and their supporters consistently called for a full, independent inquiry, to establish the truth and learn lessons so that future disasters can be avoided.

Here the Guardian presents the fullest visual account yet of a traumatic night, based on detail in the official reports, testimony given to the French senate, extensive video footage and interviews with supporters, witnesses and experts.

Champions League chaos: will anybody be held accountable?

It has been almost four months since the Champions League final took place.
Nobody has resigned for the disorganisation that led to the near-disaster at the Stade de France.

Uefa issued a “sincere apology” to spectators “who had to experience or witness frightening and distressing events”, but has not admitted to any failings or retracted its statements blaming Liverpool supporters.

Uefa also set up an “independent review” to investigate how the final descended into chaos, which is due to report in November.

The North West Regional Organised Crime Unit has begun an investigation into the allegations of ticket fraud.

The French senate report concluded that it was “unfair to have tried to blame the Liverpool supporters for the disturbances, as the interior minister did, to divert attention from the state’s inability to adequately manage the crowds and to curb the actions of several hundred violent and coordinated delinquents”.