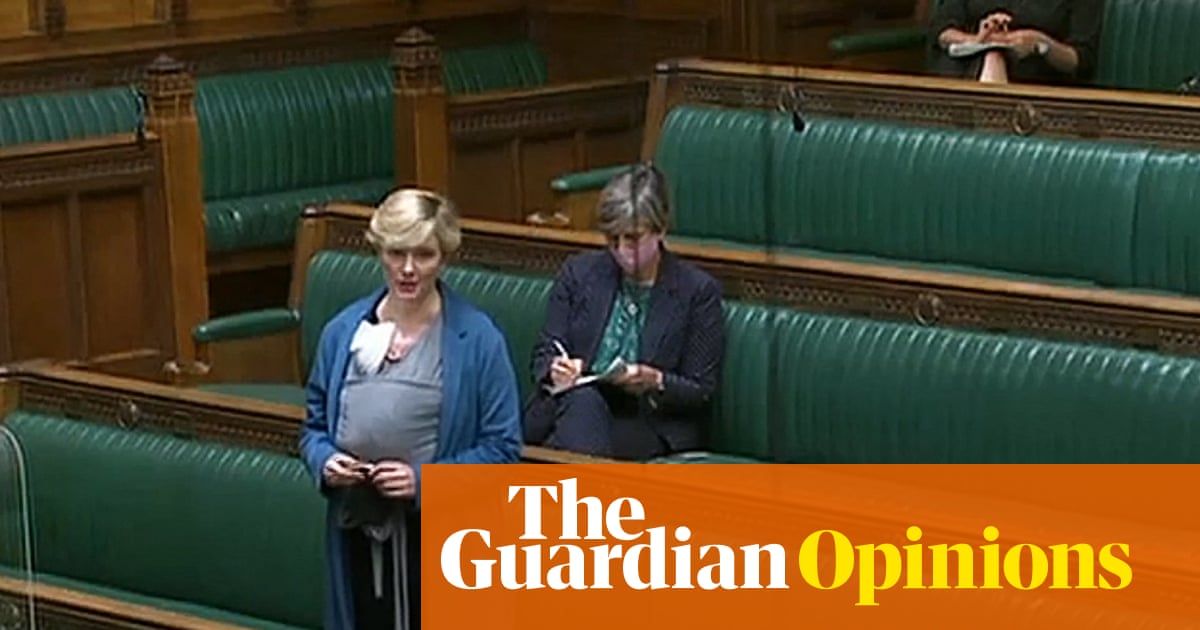 “You are all the same”. In the time I have been an MP the stench of sleaze has soaked into the reputation of us all, as scandal after scandal chips away at what little trust is left in public life. As parliament contends with yet more allegations of misogyny and bad behaviour, it’s time to send in the mums.

The evidence shows that getting more women elected at all requires a high volume to stand in the first place. At the last general election, more than 3,300 people stood for election. Just 7% of those who were successful were women. Thanks to all-women shortlists (AWS), Labour can be proud compared to its opponents of its record – in 2019, 53% of our candidates were female. Yet even with AWS, the women standing are older than their male counterparts – or currently don’t have kids. We know when it comes to parents, fathers are not deterred from standing for public office, but mothers often are.

The barriers to mums being MPs start even before anyone has set foot in Westminster. Political party selections are often long-winded and expensive, as candidates trek to marginal seats to campaign for months on end. Labour recently introduced a shorter process and spending cap to try to address these concerns. Even so, if you have costly caring commitments, it’s not hard to see why many brilliant candidates wait for their children to be older before standing or sit it out altogether. Those who have taken time out to care for family members are often labelled as “lacking campaign experience”. Many report members grilling them on who will look after their children if they are selected – or if they want kids at all – in contrast to their male counterparts.

Whether you can see your family should be based not on the patronage of whips, but actual policies that ensure it’s possible to be both a good parliamentarian and a good parent at the same time for all. As a new mum, I fought, and have failed so far, to win the argument for parliament and Labour to provide maternity cover and family friendly working for MPs. If we want our democracy to reflect our demographics, we must stop expecting mums alone to overcome these obstacles or tell them they are “victims” for asking for change. As Labour begins selecting candidates for the next election without the backstop of AWS to ensure women are chosen at all, it’s time to act.

Three months ago, we set up MotheRED. It’s a time limited project, learning from both the success of Emily’s list in the 1990s and Vote Mama in the US in getting mums into office. Funded through a mixture of private donations and a crowdfunder, we are giving grants of up to £2,000 to mums who want to stand as Labour candidates at the next election. The message we want to send is twofold. First, it is financial – money helps to pay for childcare to stop this being a barrier. Second, we want to spotlight the brilliant talent out there we are missing out on, making selecting a mum not a problem, but a positive choice constituencies make.

It’s clear how much of a difference searching out mums brings to Labour’s talent pool for the next election. Of those who have applied to date, 35% are mums from Black and ethnic minority backgrounds. This compares to just over 10% of current MPs. Among the applicants, 8% are LGBT, 29% are single parents, 20% are disabled and 22% have children with special educational needs. And 15% of them are on incomes lower than the universal credit threshold. They’re nothing like the existing parliament. The difficult decisions about who gets funded rests with a group of 30 ambassadors from every corner of the Labour movement, including Zarah Sultana, Bell Ribeirio-Addy, Shami Chakrabarti, Emma Hardy, Sharon Waldron, Jan Royall, Jacqui Smith and Cherie Blair.

From a prime minister who lies repeatedly to an MP watching porn in the parliamentary chamber, or the allegation that nearly 10% of MPs are being investigated by the independent complaints process, Westminster is struggling. Forty-one per cent of people in England think democracy isn’t working at all – in this space extremism flourishes, feeding on the perception that it is perpetually out of touch. All progressives should be asking how they can help make change happen. One answer is to put your money where your mouth is. The more funds we raise through MotheRED, the more mothers we can send to sort out the mother of all parliaments.