I was England captain when women’s football struggled for attention: how far we’ve come 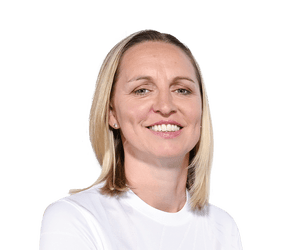 I watched history made at Wembley on Sunday, with my two young sons beside me. I couldn’t sleep that night. I just kept scrolling through social media to see all the joy and celebration, and then I watched the match all over again on TV – I didn’t want to miss one moment of this magnificent occasion. I’m tired, but I’m sure I’m not as tired as the Lionesses, who I know will have had a huge celebration – as we would have done when I was England captain between 2002 and 2012.

I’m immensely proud of the girls, and also feel fortunate that in my career I got to play a part in the elevation of the women’s game. I always said that as long as you leave England in a better place than it was when you first put the shirt on, and you fight and you work, then you can look yourself in the mirror and say: “I did everything I could for this sport.” I know I did.

Investment in the game has got us here – that, and the constant battle to change people’s perceptions. When I joined Arsenal aged 17, in 1996, I had to pay subs – around a fiver a week, which was a lot then, to play. You’d probably have to go back generations for that to have been the case for the men’s Arsenal team. I remember in 2009, when we lost the Euros final to Germany, arriving at Heathrow airport: there was not a single camera or journalist there. This time, I spoke at Trafalgar Square on Sunday before the match, and I couldn’t believe how many fans were out there supporting the team. The gulf between then and now is incredible.

I remember flying to the 2011 World Cup quarter final in economy class. The whole team had one physio and one doctor. We’d have to go to the hotel room after games and sit in baths of ice. Now the team has several physios and doctors and masseuses, as well as super-cold cryotherapy chambers. They’re getting more resources, which is key for athletes to allow them to focus on their fitness and performance.

I was lucky that I was playing for England in 2009, when the team were given central contracts, which allowed us to drop our jobs and train more. Many of the women I played for England with had other jobs – as firefighters, or postal workers – and I’d worked as a fitness instructor. When I joined Arsenal and became England captain, they made a role for me and a few of the other players as development officers, going into schools and talking to young girls and doing coaching sessions to inspire them.

Still, I’d get up at 6am, go to work, go straight to training, then get back at midnight to do it all over again. That is changing, but we need to keep the momentum going. And it needs to start at the grassroots. Every single girl should have the opportunity to play football at primary school. We need to normalise everyone playing football – even if it’s a kickabout at break-time.

We have incredible role models now including Leah Williamson, the England captain, at the very top of the game. We need to keep elevating it. Because the men’s fixtures are so condensed, they still dominate, but the clubs need to share their facilities more to allow women’s games to go ahead. Sponsorship, too, is key. Why would any company not want to do a commercial deal with this incredible team, these players and role models?

I’m proud to have been involved in women’s football: it’s honest, it’s passionate, it’s driven by pure love. If a female player stays on the floor, you know they’re hurt. Otherwise they just bounce up and get on with the game; they respect the ref, and play only with a wish to inspire and achieve and be incredible role models for the sport. If you’ve just got into the women’s game recently, welcome! Now get out there and go to games and enjoy this amazing journey. I promise you will never go to a Women’s Super League match and not feel better about the game afterwards.

When something is hard, when you’ve had to break through barriers to do it, it makes it all the more rewarding when you achieve. And that is what it feels like for me when I watch this team play. I’ve played with or against many of them – Jill Scott, Ellen White, Lucy Bronze – over the years. I know what they have gone through to be there. And I could not be more proud.