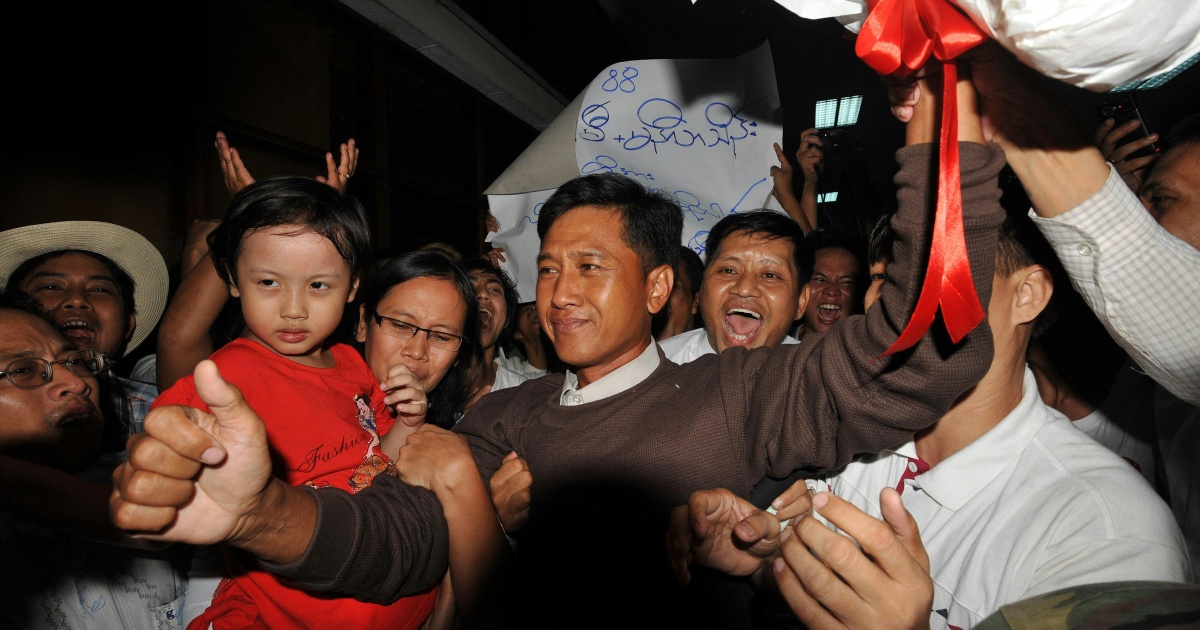 International condemnation has grown in the wake of an announcement from Myanmar’s military-led government that it had executed four pro-democracy activists – the country’s first known executions in decades.

In a statement, the foreign ministry of Japan, which had for decades maintained close ties with Myanmar that have frayed in recent months, said it “seriously deplores” the executions and warned the act will further isolate the military-led government, which has already faced a raft of sanctions from Western powers since taking control in a February 2021 coup and arresting State Counsellor Aung San Suu Kyi.

Even China, which has reportedly sought to protect its longtime ally at the United Nations, called on officials to properly resolve conflicts within the country’s constitutional framework, with foreign ministry spokesman Zhao Lijian also reiterating Beijing’s longheld principle of non-interference.

For its part, Myanmar’s military has maintained the executed men had helped to carry out “brutal and inhumane terror acts”, the Global New Light of Myanmar newspaper said. It did not specify how the four had been killed. The military-led government later confirmed the situation “is as stated in the state media”.

Phyo Zeya Thaw, a former legislator from Suu Kyi’s National League for Democracy (NLD)m had been arrested in November and sentenced to death in January for offences under anti-terrorism laws. Democracy activist Kyaw Min Yu – better known as “Jimmy” – also received the same sentence from the military tribunal. Both men had lost appeals against the sentences in June.

Less is known about Hla Myo Aung and Aung Thura Zar, who were convicted in April of allegedly killing a woman accused of being an informant for the military.

An official at the Assistance Association of Political Prisoners (AAPP), an activist group, has said both men were from Yangon and had been involved in protests and resistance movements since the military takeover.

United Nations experts have said the trials that preceded the executions were in violation of international law, while Dr Sasa, the spokesperson for Myanmar’s exiled National Unity Government has decried the executions as “acts of terror” against the people of Myanmar.

“We will bring these military generals in Myanmar to justice, all these perpetrators one day will be brought to justice,” he told Al Jazeera.

Human rights groups have expressed fear for other pro-democracy protesters and campaigners, who have been arrested in mass protests amid widespread crackdowns by security forces that the AAPP says has left more than 2,100 people dead. The military has said that the death toll is exaggerated.

Myanmar last known execution was in the late 1980s. Since the February 2021 military coup, Amnesty International has recorded an alarming increase in death penalty sentencing in Myanmar, as a tool to persecute, intimidate and harass all who dare to oppose the authorities

UN Secretary-General Antonio Guterres also condemned the executions on Monday, calling them “a blatant violation to the right to life, liberty and security of person”.

Tom Andrews, the UN’s special rapporteur on Myanmar, said he was “outraged and devastated by the news”.

“These depraved acts must be a turning point … what more must the junta do before the international community is willing to take strong action?”

Amnesty International accused the military of an “atrocious escalation in state repression” and warned that about 100 others were currently on death row after being convicted in military courts.

“These executions amount to arbitrary deprivation of lives and are another example of Myanmar’s atrocious human rights record,” the organisation’s Regional Director, Erwin van der Borght, said in a statement. “The four men were convicted by a military court in highly secretive and deeply unfair trials.”

I’m devastated by news that former parliamentarian Zeyar Thaw and longtime activist Ko Jimmy were executed with two others today. UN Member States must honor their lives by making this depraved act a turning point for the world’s response to this crisis. My statement attached. pic.twitter.com/zhdBxFDXoo

“The junta’s barbarity and callous disregard for human life aims to chill the anti-coup protest movement. European Union member states, the United States, and other governments should show the junta that there will be a reckoning for its crimes.”

Myanmar junta’s barbarity & callous disregard for human life aims to chill the anti-coup protest movement. 🇪🇺🇬🇧🇦🇺🇺🇸🇯🇵🇨🇦 & other governments should show the junta that there will be a reckoning for its crimes. pic.twitter.com/mgPK7NLSAw

The last judicial execution to be carried out in Myanmar is generally believed to have been of another political offender, student leader Salai Tin Maung Oo, in 1976 under a previous military government led by strongman Ne Win.