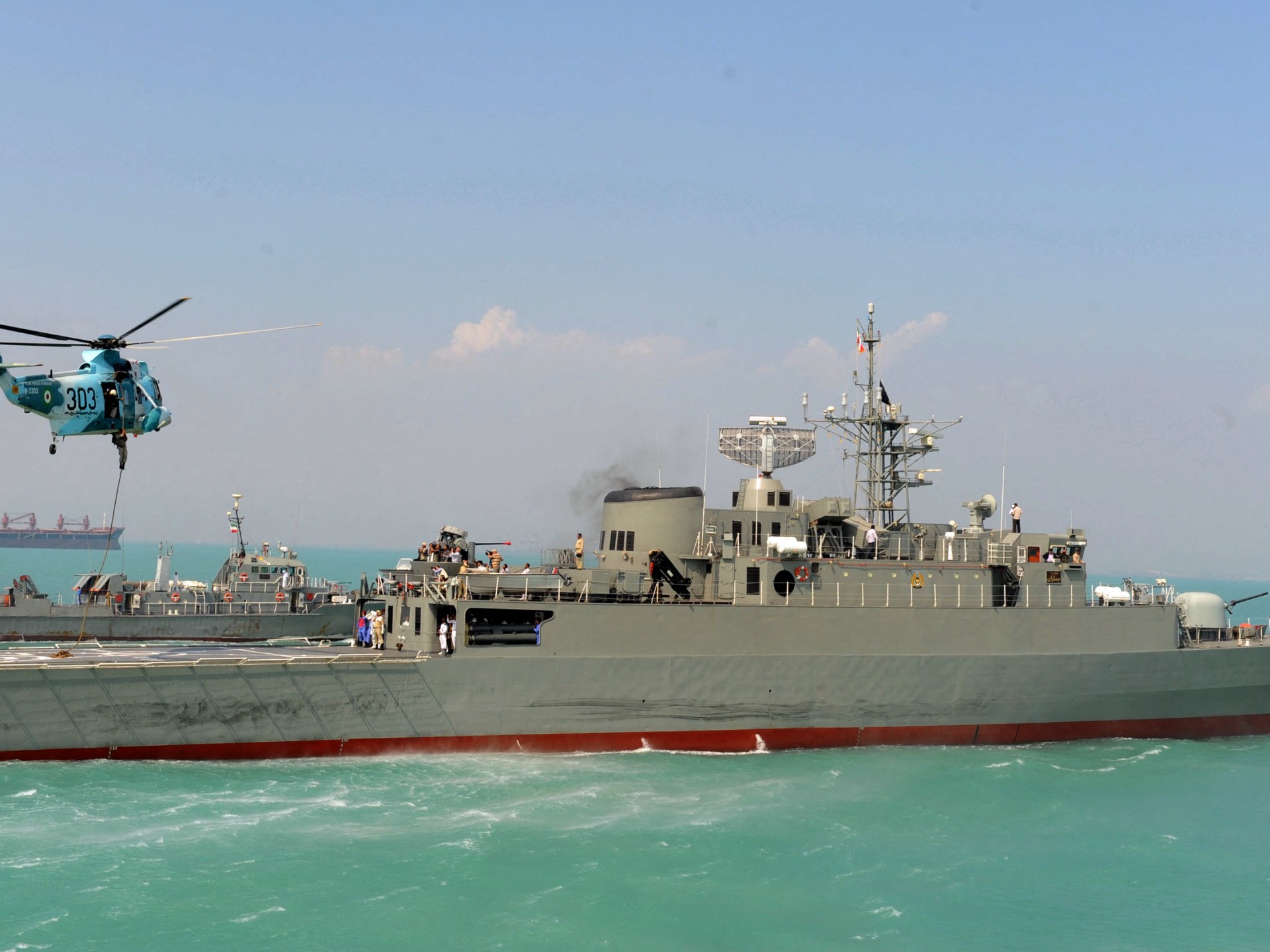 The incident marks the second time US drones were seized in a week amid stalled negotiations over Iran’s nuclear deal.

Iran’s navy has released two American surface drones hours after seizing them in the Red Sea, accusing the unmanned vessels of jeopardising maritime safety, Iranian state television reports, in the second such incident this week.

“The [Iranian navy] frigate Jamaran seized the two vessels on Thursday to prevent any possible accident after issuing warnings to the US fleet. After international shipping lanes were secured, the two vessels were released in a safe area,” the state TV reported on Friday.

Footage appeared to show more than a dozen Iranian navy personnel pushing two drones into the sea from the deck of their vessel – the latest maritime incident involving the United States Navy’s new drone fleet in the Middle East as negotiations over Tehran’s nuclear deal with the world powers hang in the balance.

Aired footage purporting to come from the deck of the Jamaran destroyer showed sailors examining what appeared to be two Saildrone Explorers. They tossed one overboard as another warship could be seen in the distance.

“After securing the international shipping waterway, the Naval Squadron number 84 released the vessels in a safe area,” the state TV said.

Timothy Hawkins, a spokesman for the US Navy’s Middle East-based 5th Fleet, acknowledged the incident on Friday to The Associated Press news agency, but declined to elaborate.

The earlier incident on Tuesday saw Iran’s paramilitary Islamic Revolutionary Guard Corps (IRGC) – not its regular navy – seize an American sea drone in the Gulf and try to tow it away, releasing the unmanned vessel only when a US Navy warship and helicopter approached, according to US officials.

Tuesday was the first time the 5th Fleet’s new drone task force had been targeted by Iran. The fleet, whose area of responsibility includes the crucial Strait of Hormuz through which 20 percent of global oil supply passes, launched its unmanned Task Force 59 last year.

The region has seen a series of maritime attacks in recent years.

Iran has been building up its naval presence in the Red Sea, near the coast of Yemen where Tehran backs the Houthi movement, after sending vessels there more than 10 years ago to protect Iranian oil tankers and merchant ships against piracy.

Tehran has repeatedly warned the US about its military activities in the Gulf, saying the IRGC’s naval forces have increased patrols to also secure the passage of Iranian ships and combat fuel smuggling.

In 2018, then-US President Donald Trump unilaterally withdrew from Iran’s nuclear deal which had ensured the lifting of sanctions on Tehran in exchange for it drastically limiting its enrichment of uranium. Iran has maintained its nuclear programme is peaceful.

Negotiations to revive the nuclear accord now hang in the balance. The US on Friday cast doubt on Iran’s latest written response over the talks.