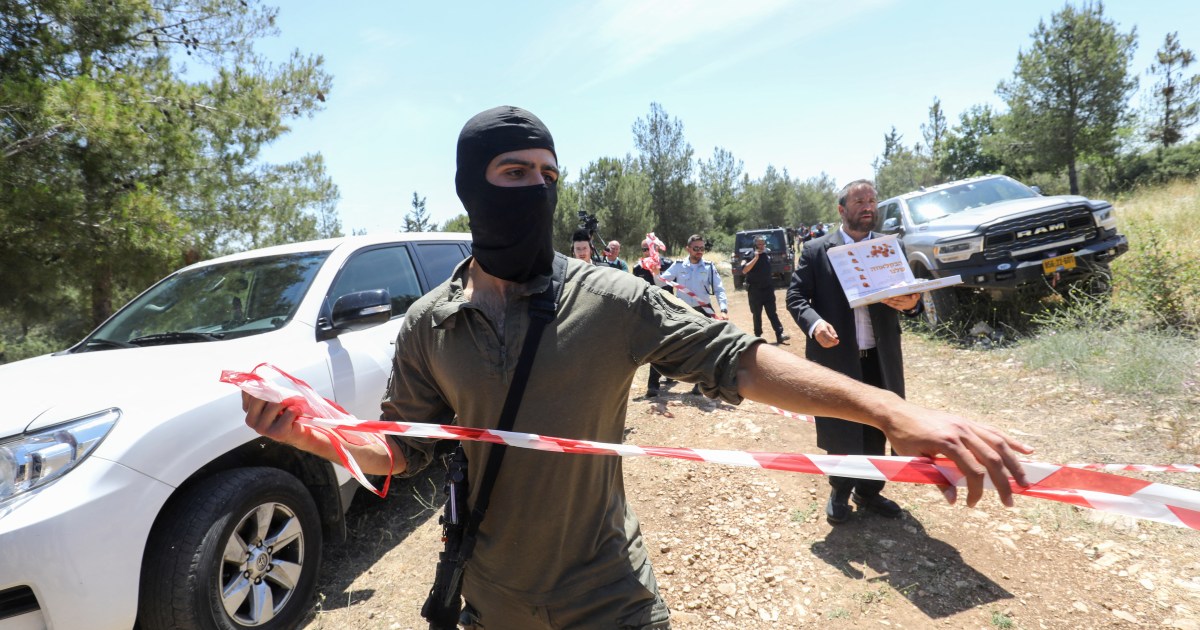 Israeli forces have arrested two Palestinians who are suspected of killing three people in a stabbing attack last week in the settlement of Elad near Tel Aviv.

The two Palestinians, identified as Asad Yussef al-Rifai, 19, and Subhi Imad Sbeihat, 20, were detained near a quarry not far from Elad following a huge manhunt.

“The two terrorists who murdered three Israeli civilians in the deadly attack in the city of Elad have been caught,” the police, army and domestic security agency said in a joint statement on Sunday.

The stabbings on Thursday occurred on what Israel celebrates as its Independence Day.

For Palestinians, the anniversary of Israel’s 1948 declaration of independence marks the Nakba, or catastrophe, when at least 750,000 people were violently expelled from their homes and villages in historic Palestine.

Elad, an ultra-Orthodox Jewish town, is built on the remains of the Palestinian village al-Muzayriyah, which was ethnically cleansed and destroyed in July 1948.

Israeli forces say at least four others were wounded in the axe and knife attack.

“It is not the first time that this kind of attack has been carried out in an Israeli city. There have been six, seven of them over the past couple of months,” Dekker said.

“The assessment of the Israeli internal security forces is that these kinds of attacks are carried out by individuals, which make them far more difficult to prevent,” she said.

The stabbing was the latest in a series of deadly assaults deep inside the country in recent weeks. It came as Israeli-Palestinian tensions were already heightened by violence and repeated incursions by Israeli forces at the Al-Aqsa Mosque compound – Islam’s third holiest site.

“We will continue to chase determinedly those who wish the worst upon us at all times, and we will reach them,” Public Security Minister Omer Barlev said in a statement.

As forces scoured the area looking for the men, police called on the public to avoid the area, and urged Israelis to report suspicious vehicles or people.

Police said the attackers were from the town of Jenin in the occupied West Bank, which has re-emerged as a bastion in the latest wave of violence – the worst Israel has seen in years. Several attackers have come from Jenin.

Nearly 30 Palestinians have died in violence since March, including an unarmed woman and two bystanders. Rights groups say Israel often uses excessive force with little to no accountability.

At least 18 Israelis have been killed in five attacks, including another stabbing rampage in southern Israel, two shootings in the Tel Aviv area, and gunfire last weekend at an Israeli settlement in the occupied West Bank.

Israeli settlements are considered illegal under international laws. Successive Israeli governments have built and expanded settlements in the occupied Palestinian territories – a move Palestinians say is aimed at demographic change.

There are between 600,000 and 750,000 Israeli settlers living in at least 250 settlements in the occupied West Bank and East Jerusalem.