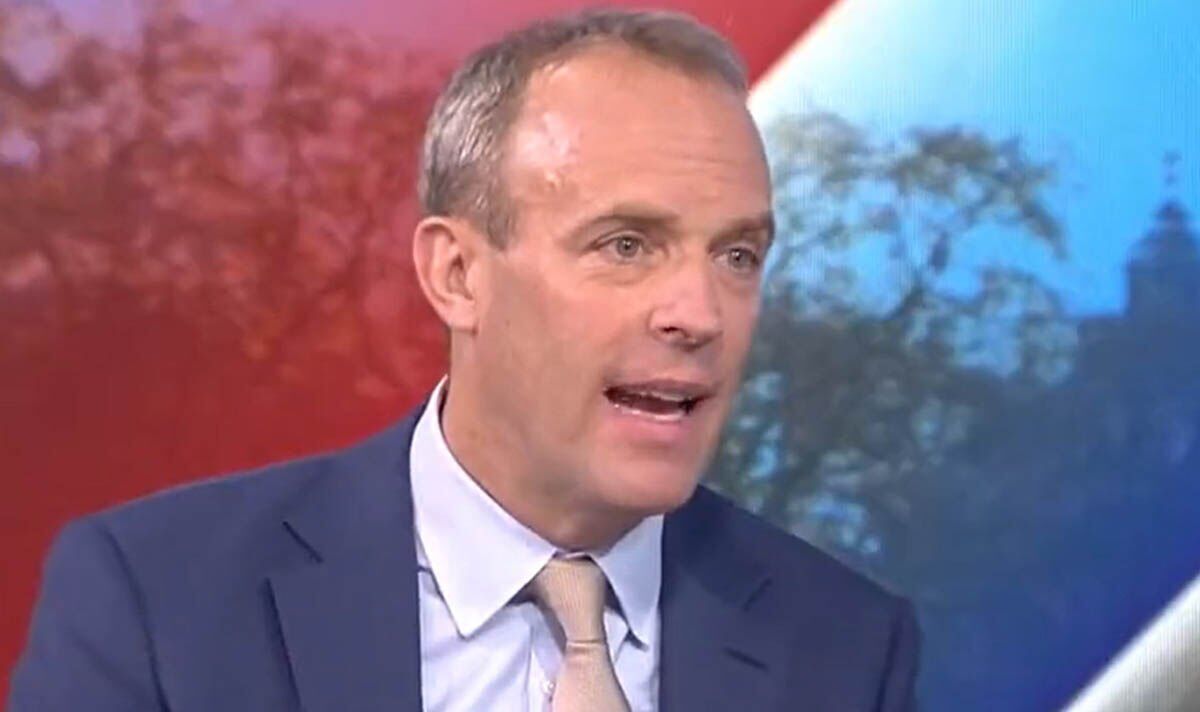 Deputy Prime Minister Dominic Raab said the Government would take “whatever measures are necessary” to resolve the issues around the protocol. But he refused to say whether action on the Northern Ireland Protocol would be included in Tuesday’s Queen’s Speech. Speaking to Sky’s Sophy Ridge on Sunday, Mr Raab said: “We will deal with the situation, we will take whatever measures are necessary to protect the economic as well as the constitutional integrity of Northern Ireland.”

Mr Raab added: “If anything, the outcome in Northern Ireland from those elections makes it clear it can’t be put off.”

He suggested it would be dealt with in the coming “weeks and months”.

The minister noted: “The issues around the Northern Ireland Protocol needed to be resolved to preserve stability following Sinn Fein’s election success.

The unionist DUP will refuse to serve with republican Sinn Fein in a power-sharing executive unless the issues it has with Northern Ireland’s post-Brexit deal are resolved.

Mr Raab said the people of Northern Ireland wanted an executive to be formed to provide stability.

He said: “That stability is being put at risk, imperilled if you like, by the problems with the Northern Ireland Protocol, that’s something that affects communities across the board.

“It’s clear from the dynamic that we now see that we won’t get to that position of stability unless and until it is fixed.”

The protocol had been used as a “political device” and Mr Raab restated the UK’s position that it would be prepared to tear up parts of the deal if an agreement could not be reached with the European Union.