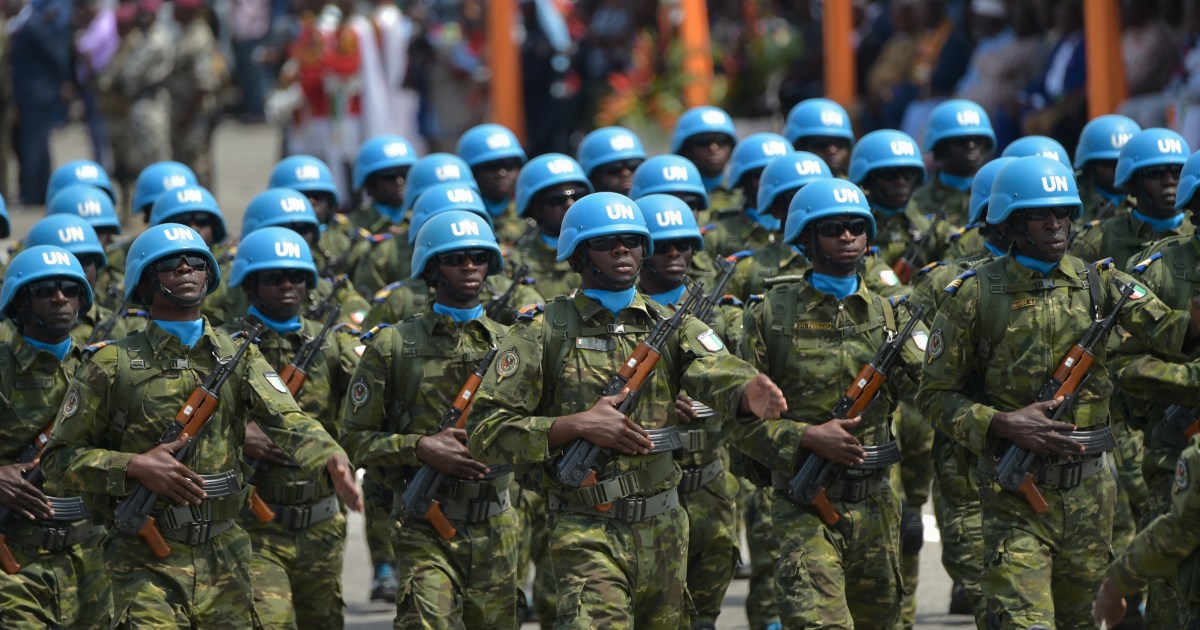 Ivory Coast says its men are part of a security support deal signed with the UN peacekeeping mission in Mali in 2019.

Ivory Coast has demanded the release of 49 of its soldiers arrested in Mali, an incident that may worsen tensions between Mali’s military rulers and other West African nations amid efforts to quell activity by armed groups linked to al-Qaeda and the ISIL (ISIS group) and restore democratic rule.

On Tuesday, the Ivorian national security council said the troops, who were arrested on Sunday at Mali’s main international airport in the capital Bamako, were deployed as part of a security and logistics support contract signed with the United Nations peacekeeping mission in Mali in July 2019.

It demanded their immediate release.

The soldiers were the eighth rotation sent to Mali under the convention and their mission order had been sent to airport authorities and the military government before arrival, the statement added.

Mali’s military government had said the troops arrived without permission, that some of their passports indicated non-military professions, and that they gave differing versions of their mandate. It said the soldiers would be considered mercenaries and charged as such, adding that Ivorian authorities were unaware of their arrival.

Ivory Coast added that none of the soldiers carried arms or war munitions as they disembarked but that a second plane contained arms for self-protection authorised by the UN.

Malian authorities did not immediately respond to a Reuters news agency request for comment.

Interim President Colonel Assimi Goita said on Twitter that he had spoken by telephone with UN Secretary-General Antonio Guterres and reiterated the importance of partner nations respecting Mali’s sovereignty.

The country is struggling to rein in activity by armed groups, which took root after an uprising and a coup in 2012 and has since spread to neighbouring countries, killing thousands and displacing millions across West Africa’s Sahel region and coastal states.

The military government ruling Mali since August 2020 has been at odds with regional and international neighbours for failing to hold promised elections and delaying the return to constitutional rule.