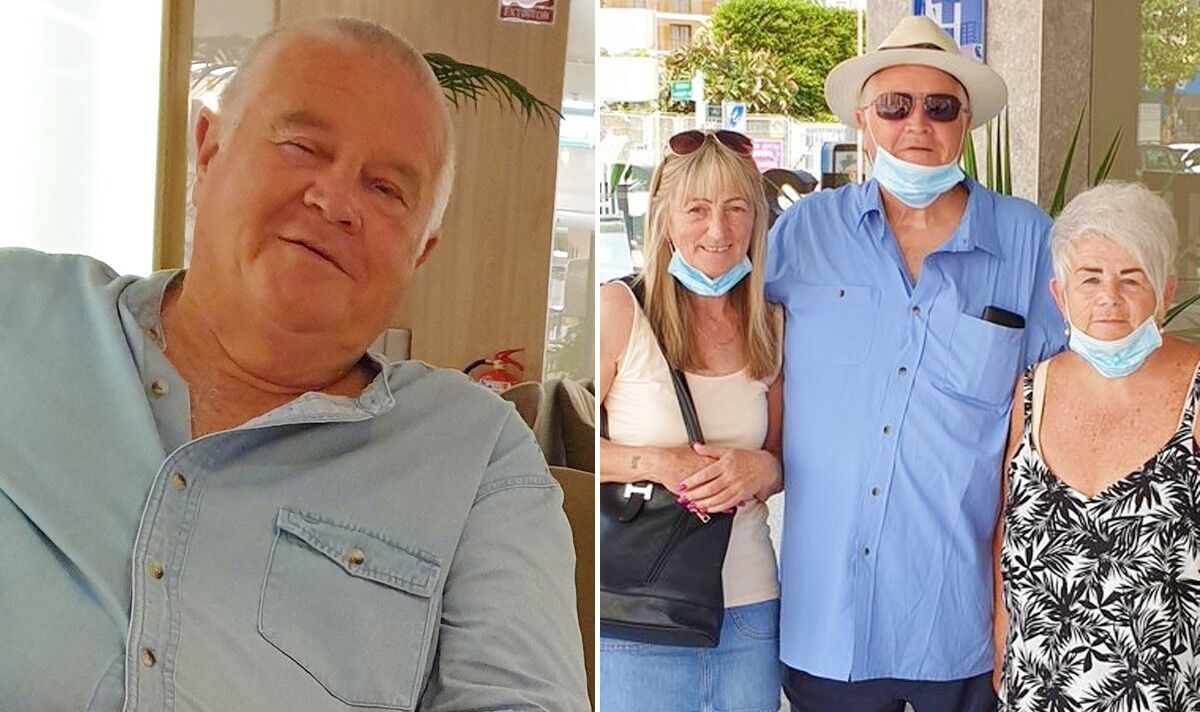 David Marshall had been on holiday in the Spanish resort with his wife Dorothy when he fell into a month-long coma. The pensioner, now retired after serving as a union official took the holiday with his wife as he wanted a “much-needed break.”

The 79-year-old fears he may never recover from Legionnaires disease which Mr Marshall claims was contracted from a faulty air conditioning unit in the hotel.

Upon arrival, the pensioner noticed the fan in his room was noisy and dripping water.

Yet, the holidaymaker was told the hotel was operating on “skeleton staff” due to low occupancy.

Upon arrival back in the UK, the patient was rushed to hospital where he was placed in an induced coma for a month.

Mr Marshall has claimed to suffer from long-term health issues since the holiday and is now seeking legal teams to investigate how his illness has “changed his life.”

He said: “This holiday was meant to be a much-needed break after what had been a difficult time during the lockdown.

“However it turned into a nightmare.

“My family were scared that I wouldn’t survive.

“It saddens me that they were put through such an ordeal while I was in a coma.”

READ MORE:
Britons will need Covid certificate for at least another six months

The holidaymaker set off for the two-week getaway at the four-star Hotel Presidente in Benidorm on July 21, 2020, which was booked through Jet2 Holidays.

“Water systems and air conditioning units, that have lain dormant for several months, can be ideal breeding grounds for the bacteria, which causes the disease.”

He spent a total of six weeks in hospital and continues to suffer from breathlessness, while also losing over four stone in weight.

Mr Marshall said: “I was so unwell towards the end of the holiday, and I was desperate to get home before it was too late.

“I’m lucky to still be here, but I want to find out how this happened.

“I’ve never been the same since the illness. It’s changed my life.

“My memory isn’t what it was and I’m now easily out of breath.

“However, in a way I know I’m lucky, as things could have been much worse.”

He added: “Right now, I’m taking one day at a time, but it’s devastating to think I might not make a full recovery and that my health might be permanently damaged.

“I think answers are the least that I deserve and more people need to be aware of the risks of Legionnaires’, and that it is still a very real danger.”

Lawyer Ms Hodgson ended by saying: “David has undergone a terrible experience and unfortunately he is still living with various health issues following his illness.

“This includes suffering from memory loss and breathlessness.

“We have supported many people who have developed Legionnaires’ disease, both abroad and in the UK, and know only too well how dangerous the health implications of this disease can be.

“We’re now investigating how David contracted his illness, which includes looking into his stay at the Hotel Presidente and is determined to provide him with the answers and ongoing support that he needs.

“As part of our work and to assist with our investigations, we would be keen to hear from anyone else who may also have been affected by illness whilst staying at the Hotel Presidente, Benidorm.”

A similar event happened this week in which 3 US citizens died in a hotel in the Bahamas, with another being airlifted to hospital suffering similar symptoms to Mr Marshall.