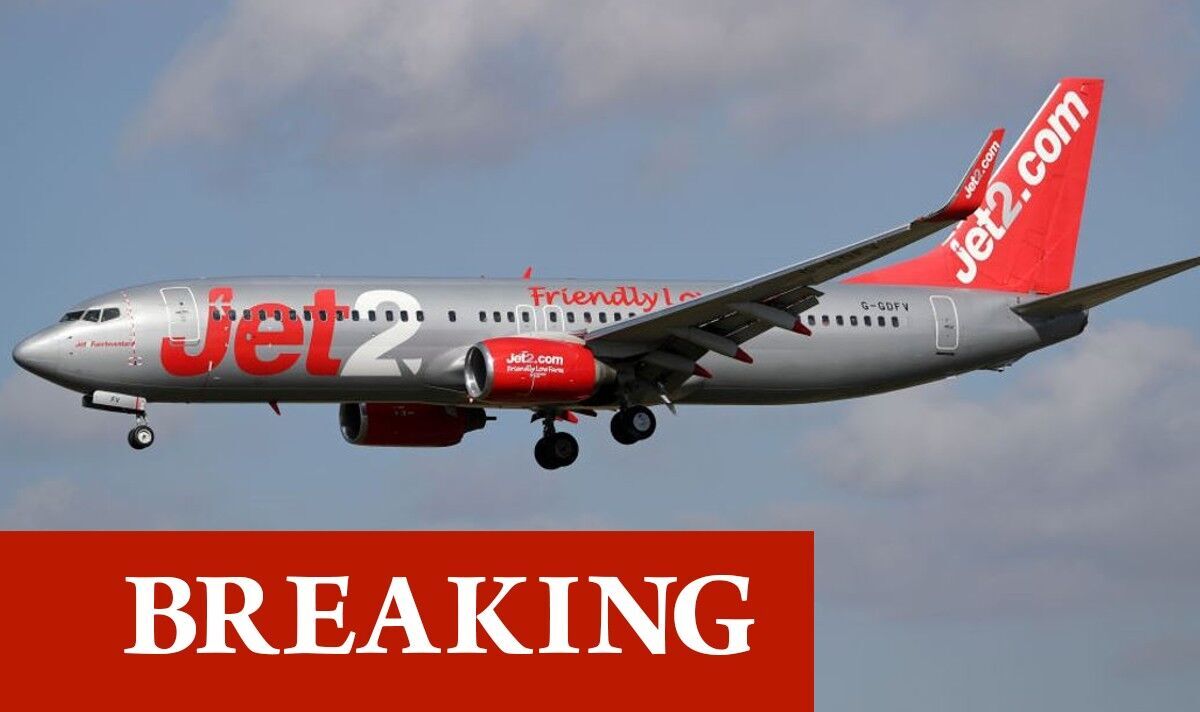 Flight number LS542, which had taken off at 9.30pm on Sunday May 15, had been scheduled to arrive at Newcastle at around 2am. The flight to Newcastle Airport had to land in Porto, 1,100 miles away from its destination.

The flight was diverted due to the airline’s “zero-tolerance” approach to disruptive passengers.

Jet2 said: “We can confirm that flight LS542 from Gran Canaria to Newcastle diverted to Porto this morning so that a disruptive passenger could be offloaded.

“As a family-friendly airline, we take a zero-tolerance approach to disruptive behaviour.

“We will not hesitate to vigorously pursue any costs incurred as a result.”

Passengers aboard the aircraft told The Sun the incident was caused by a “very, very, very intoxicated” man.

One said: “He wouldn’t sit down or shut his mouth.”

Another said the man was “very, very drunk” and refused to sit down.

They claimed: “[He] was arguing, swearing and kicked the air stewardess.”

It comes after Jet2 banned two brothers from their airline for life, as well as issuing them a £50,000 bill.

In a statement, Jet2 said Alfie and Kenneth Springthorpe, from Sidcup, southeast London, “displayed a catalogue of appalling behaviour” during a flight from Stansted to Crete.

The plane diverted to Corfu after the brothers became aggressive, violent and caused damage to the aircraft, a Jet2 spokesperson said.

Passengers were forced to wait on the tarmac for three hours and 45 minutes while local law enforcement dealt with the pair.