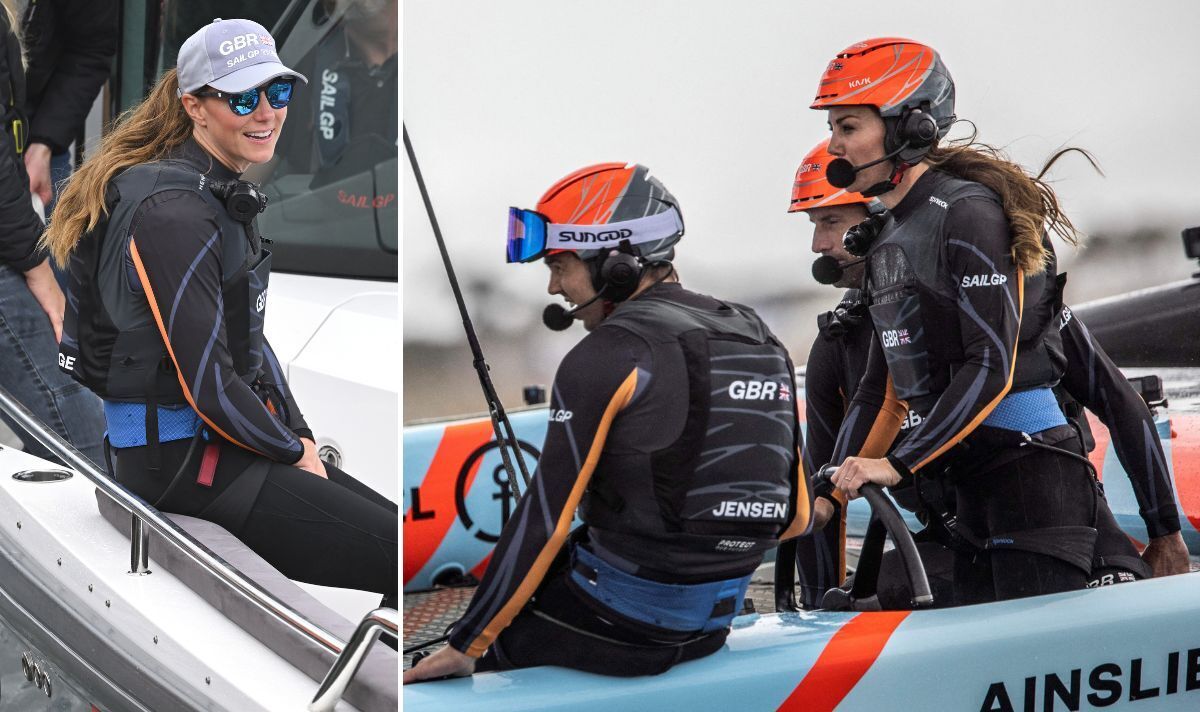 The Duchess inspired a British sailing victory over New Zealand in front of a crowd of thousands last Sunday, July 31. Kate donned a wetsuit as she joined the British racing team on their F50 catamaran in a friendly Commonwealth Race alongside Olympian Sir Ben Ainslie.

A video of her participating in the race was shared on the Duke and Duchess of Cambridge’s Instagram account, attracting thousands of likes and enthusiastic comments from royal fans within a few hours.

It was captioned: “Out on the water with @sailgpgbr last weekend.

“It’s not only the racing that’s so important to these teams, but their commitment to protecting the future of our planet and inspiring the next generation to do the same.

“It was so good to see the Protect our Future programme with @1851trust doing exactly this.

“Thanks for the racing too!”

The race took place ahead of the official final events of the SailGP international sailing competition in Plymouth.

Great Britain took on endurance swimmer and environmentalist Lewis Pugh as a guest racer alongside Peter Burling and Blair Tuke on the New Zealand F50.

Kate’s team sailed to an easy victory in front of thousands lining the Plymouth coast.

The Duchess was visiting the SailGP event site in her role as the patron of the 1851 Trust, the official charity of the Great Britain SailGP Team.

She appeared intrigued with the tour, although the time it took led to Sir Ben to joke: “Come on, we’ve got a race to do, mate.”

Before the race, Kate met excited youngsters who told her how they were growing seagrass, and took part in activities educating young people about sustainability.

Carnegie Bedlow, 12, from St Helier in Jersey, said: “I was a little bit nervous but she did what I told her and she was very good.

“She asked me if I was interested in sailing. I do sailing camps in the summer, I love the ocean.”