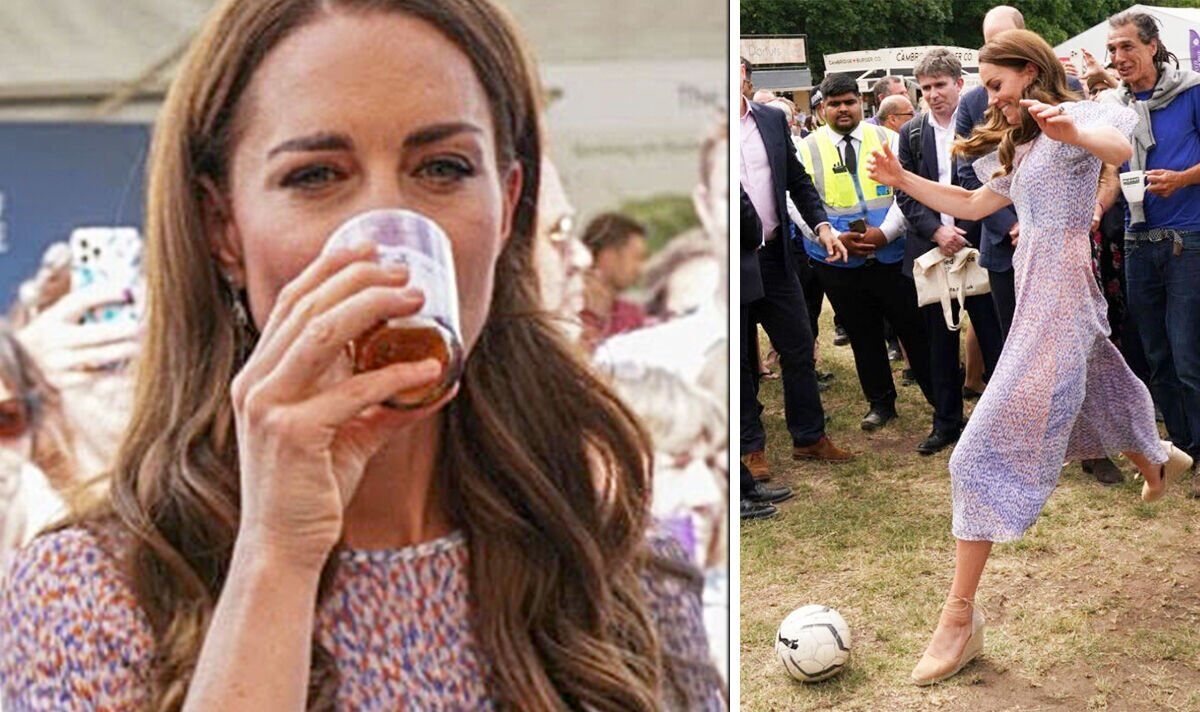 The Duke and Duchess of Cambridge arrived at the Cambridgeshire County Day at Newmarket Racecourseand were greeted with cheers and an applause from onlookers. William and Kate both participated in a football game as they gamely attempted to kick the ball at a target.

Kate joked with the crowd that it would be difficult as she was “wearing wedges”.

After taking a shot, the Duchess shook the hand of a boy who had been playing before her and said: “You did better than I did.”

Prince William could be seen cheering her on as she took the shot in her platformed shoes.

It comes as the pair have made a number of appearances around Cambridgeshire today.

This morning, Will and Kate visited the Fitzwilliam Museum in Cambridge as well as East Anglia’s Children’s Hospices (EACH) in Milton.

Though the Jubilee celebrations were more than two weeks ago now, crowds are gathering in Newmarket today for the county festivities, where more than 6,000 visitors are expected.

The Duchess’s brunette hair is loose around her shoulders and she accessorises with dangly earrings, a brooch and bracelet.

William has one hand in his pocket as he and Kate look to their right as they pose for the painting.

The portrait was commissioned last year as a gift for the people of Cambridgeshire.

Award-winning British artist Mr Coreth said it was the “most extraordinary privilege of my life to be chosen to paint this picture”.