Skip to content
HomeNewsKate, Princess of Wales and Prince William have hundreds greet them at Sandringham visit 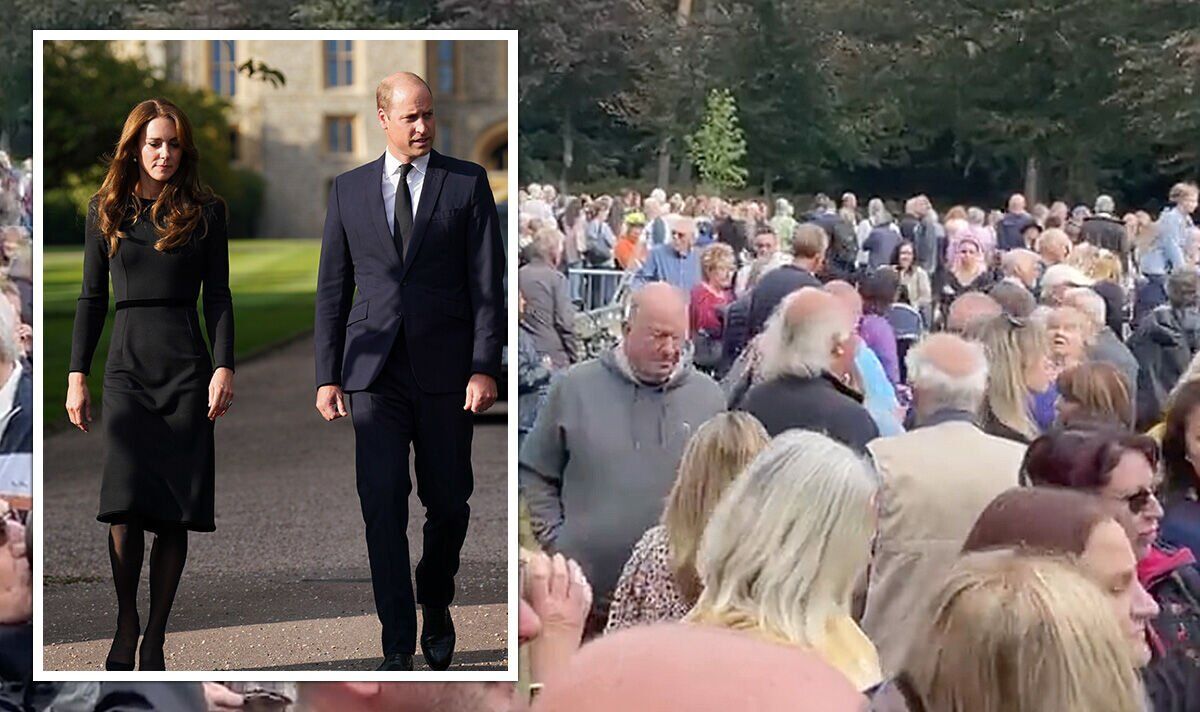 Kate, the Princess of Wales and Prince William joined the efforts of the Royal Family to thank members of the public for the support they have shown since the Queen’s death.

The Prince and Princess of Wales met with mourners at Sandringham in order to see the floral tributes left for Her Majesty, while the Earl and Countess of Wessex visited Manchester Cathedral, where many more tributes to the Queen have been left by members of the British public.

The Queen’s funeral is set to take place on Monday the 19th of September, and many more hundreds of thousands of people are expected in London to say goodbye to Her Majesty.

The crowd snaked around the grass where they were held back by security gates.

The mourners can be seen waiting from as far as the eye can see to get a glimpse of Prince William and Princess of Wales, Kate.

The Royal pair are expected to meet with the mourners in order to view floral tributes to the Queen.

The Royal Family are still keeping up with their duties whilst Her Majesty is laying in state at Westminister Hall.

JUST IN: September 15 – On this day: 41 years since Margaret Thatcher’s purge of dissenters

The Royal couple has been gradually stepping up and taking on more responsibilities in the Royal Family.

The couple had only just moved closer to the Queen before her passing last week.

Royal commentators had claimed that the move to Adelaide Cottage on Windsor Castle grounds was in order for the couple to be closer to Her Majesty.

Due to her passing the Queen’s eldest son Prince Charles III is now the King od England and has rearranged some of the royal titles in the family.

READMORE:Putin’s elite ‘bodyguards of Moscow’ will take years to rebuild after Ukraine failures

“She was by my side at my happiest moments. And she was by my side during the saddest days of my life. I knew this day would come, but it will be some time before the reality of life without Grannie will truly feel real.”

The Queen’s death has seen members of the Royal Family all come together, including Prince Harry and his wife the Duchess of Sussex Meghan.

Royal commentators are hopeful that Prince Harry will make a full return to the firm.

Prince Harry and his wife Meghan the Duchess of Sussex will not be meeting with mourners in order to see the floral tributes left for the Queen today as today is his birthday.

“It will cause him to revisit things that he might have wished he did over with his grandmother including some of the positions that he and Meghan took.”