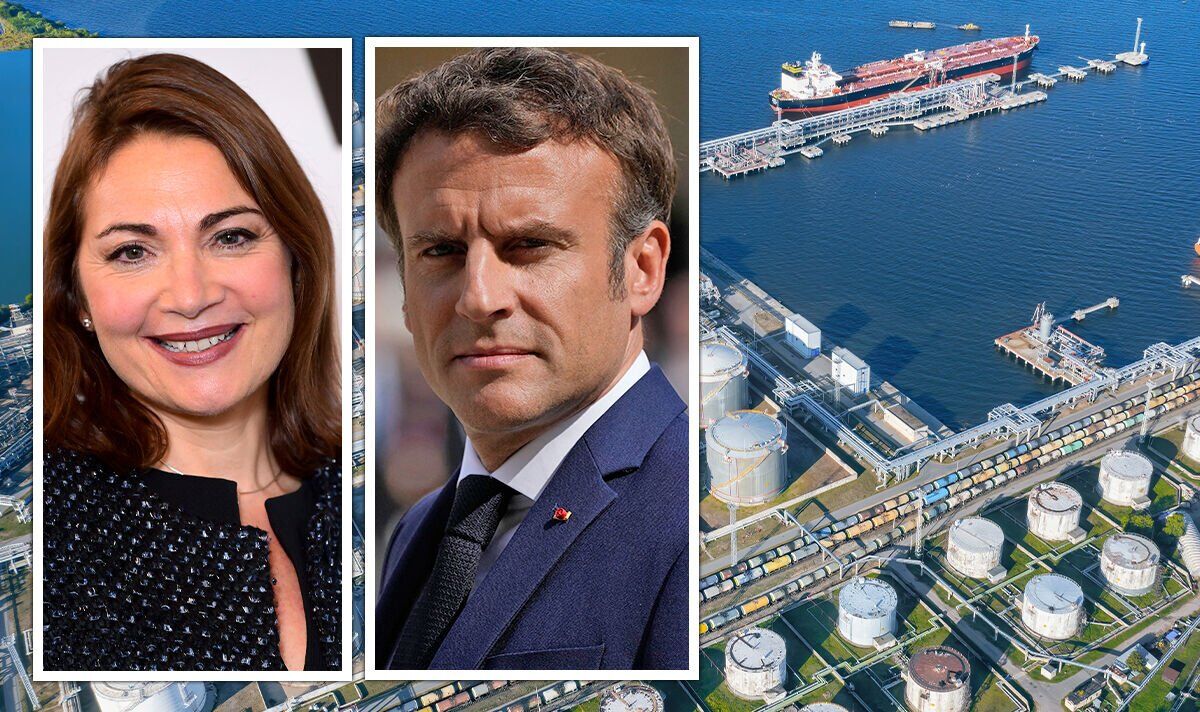 European Union member states have been mulling a possible embargo on Russian oil and gas imports in response to Vladimir Putin’s invasion of Ukraine. The EU has been considering options to cut imports of Russian oil as part of a possible sixth round of sanctions against Moscow, but restrictions have yet to be formally proposed as Governments assess their impact.

The move has been met with resistance from some states that rely heavily on Russian imports, such as Germany, Hungary and Poland.

However, a number of states have softened their position in recent days.

Germany’s Economy Minister Robert Habeck said on Tuesday that an oil embargo had become “manageable” for the country.

He said Germany hopes to find a way to replace Russian oil with supplies from other sources “within days”.

European commentators have noted that EU leaders may be readying themselves to support an embargo in the wake of the French Presidential election, which may have delayed the move.

The BBC Europe correspondent Katya Adler said it is believed EU leaders wanted to wait to introduce sanctions on Russian oil and gas imports until the election concluded this weekend so as not to influence the result.

“Accepted wisdom was the EU would wait to introduce oil ban against Russia till after the French Presidential election. So is a ban now imminent?”

“EU does not want to influence the outcome of elections with petrol price hikes that could follow a ban on Russian oil BUT EU sources deny the ban is being held back specifically because of the election.

“There is as yet no consensus amongst the 27 EU leaders about what form the oil embargo should take.

France’s Economy Minister Brune Le Maire called for the EU to prioritise a Russian oil embargo rather than a ban on gas last week, although he acknowledged that not all of the bloc’s countries were on board with the move.

He told radio Europe 1: “We are trying to convince our European partners to stop importing oil from Russia.”

“What has been the primary source of currency for [Russian President] Vladimir Putin for several years? It is not gas. It is oil.”

President Emmanuel Macron, who was elected to serve a second term as France’s president this weekend, previously expressed his support for banning Russian oil and coal in response to reports of atrocities committed by Russian troops in the town of Bucha earlier this month.

Germany in particular has been under pressure to reduce its dependence on Russian energy following Moscow’s invasion of Ukraine on 24 February.

It had previously rejected the idea of an immediate ban on imports to the European Union and said it would not be able to wean itself off Russian oil before the end of the year.

However, Mr Habeck said that a ban had now become achievable, indicating that Germany may be ready to support the idea.

Before the war in Ukraine, Russian oil accounted for around a third of Germany’s supply.

Speaking during a visit to Poland on Tuesday, Mr Habeck said Russian oil accounted for only 12 percent of Germany’s supply.

That supply went entirely to one refinery, he said. The PCK refinery is majority-owned and operated by Russian state-owned oil company Rosneft.

Mr Habeck said: “The Schwedt business model is based on buying Russian oil. That is a bone of contention, we need an alternative for Schwedt, and we will be working on it in the coming days.”

Russia remains Europe’s biggest oil supplier, providing over a quarter of EU oil imports in 2020, according to data from Eurostat.

Several EU countries have been pushing for a sixth sanctions package on Russia while Brussels is reportedly preparing a full impact assessment of an oil ban as part of possible further measures.

Oil exports are the Kremlin’s main source of foreign currency, leading many EU leaders to call for an end to oil payments which they say are effectively financing the war in Ukraine.

However, the EU’s top diplomat Josep Borrell dampened hopes on Monday that an EU ban could be imminent.

Mr Borrell said that there was still insufficient support for a ban among leaders in the bloc.

He told German newspaper Die Welt: “At the moment, we in the EU do not have a unified position on this question.”

Mr Borrell said the topic would be discussed at the next EU summit due at the end of next month and that he did not expect a decision before then.