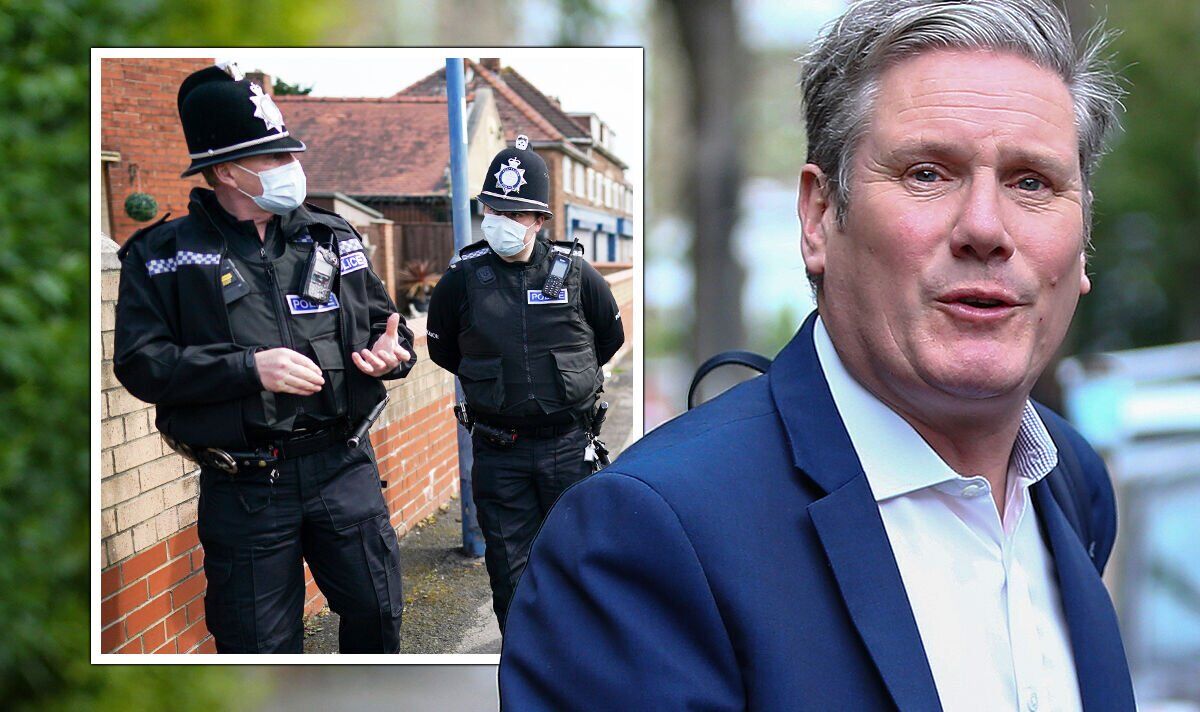 Now North West Leicestershire Conservative MP Andrew Bridgen has pointed out that Durham Police, who are investigating the allegations from April last year, have already aid they have a policy of issuing warnings for first time offences.

He revealed in a Tweet that Durham Police told him they only issue warnings for first offences after looking aback that the same force’s statement in 2020 when they investigated the Prime Minister’s former advisor Dominic Cummings.

Mr Cummings caused outrage when he caught Covid and drove to County Durham to be near family.

And there were further questions about his decision to take a 26-mile trip to Barnard Castle to test his eyesight before coming back to London.

At the time Durham Police issued a statement saying: “Had a Durham Constabulary police officer stopped Mr Cummings driving to or from Barnard Castle, the officer would have spoken to him, and, having established the facts, likely advised Mr Cummings to return to the address in Durham, providing advice on the dangers of travelling during the pandemic crisis. Had this advice been accepted by Mr Cummings, no enforcement action would have been taken.

The force added: “By way of further context, Durham Constabulary has followed Government guidance on management of alleged breaches of the regulations with the emphasis on the NPCC and College of Policing 4Es: Engage, Explain and Encourage before Enforcement.”

Mr Bridgen claimed that this would mean Starmer and his deputy Angela Rayner will avoid a fine from the beergate incident on April 30 2021.

In a prearranged event they met with activists who had been campaigning in the Hartlepool byelection and consumed more than £200 of curry washed down with beer.

At first they denied Rayner was there and they aso previously claimed that the event was impromptu not prearranged until a memo proving it emerged over the weekend.

Conservative MPs are now asking whether this was the only potential breach of the covid rules.

Durham Police have set up a major incident room and expect the investigation to last six weeks.

Mr Bridgen said: “Sir Kier and Angela Rayner are neither as honourable or transparent as they would like to appear. Starmer used his legal weasel words in response to questions asking if he would resign if he was found to have broken the rules ? He replied that he would only stand down if he was fined , safe in the knowledge that Durham Police policy is to only issue a warning on a first offence of breaching Covid lockdown rules.

“For consistency the matter should be referred to the Met team investigating Partygate.

“Starmer and Rayner are trying to take the public for fools again with their completely false offers to resign, which they know will never happen despite them breaking the lockdown rules they voted for.”

Conservative MPs are now asking whether this was the only potential breach of the Covid rules.

Durham Police has set up a major incident room and expect the investigation to last six weeks.

Previously Sir Keir, who for two months has called for the Prime Minister to be sacked over Partygate, said Boris Johnson should be removed simply because he was being investigated.
But asked today about that he denied he is “a hypocrite” and claimed that he had acted within the rules.

Questions have been asked why the Chancellor and Prime Minister should be fined for cake before a meeting but Sir Keir and Labour activists avoid a fine for beer and curry over a longer period.

At his press conference, Starmer said: “The idea that I would then casually break those rules is wrong, and frankly I don’t believe those accusing me believe it themselves. They are just trying to feed cynicism, so the public to believe all politicians are the same.”