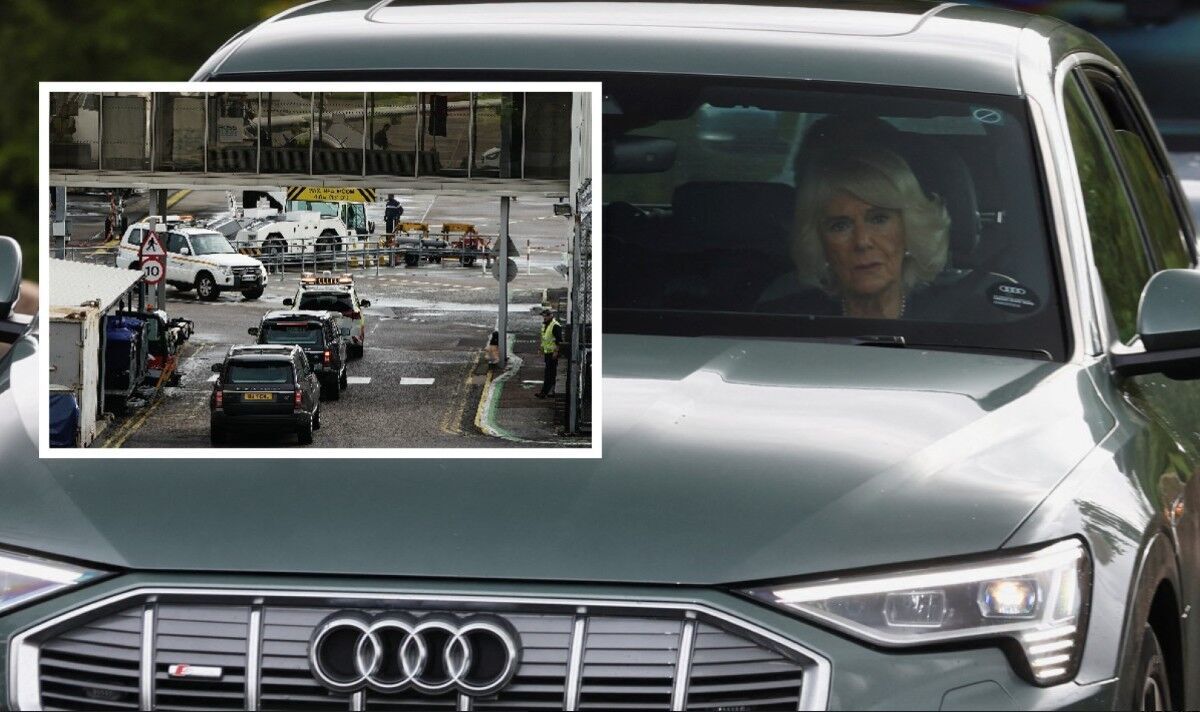 King Charles III has left Balmoral in Aberdeenshire following the death of his mother Queen Elizabeth II yesterday. The King will travel to London with his wife Queen Camilla to meet with Prime Minister Liz Truss and will address the nation for the first time as monarch later today. The King was pictured in the back of a car, with the Queen in the front passenger seat, as they were driven in convoy over the River Dee towards Ballater.

The King, who immediately ascended to the throne when his mother died yesterday afternoon, said in a statement yesterday he would remain in Balmoral until today.

He was among the first to arrive at Balmoral when the news of the Queen’s ill health broke, along with his sister Princess Anne.

The royals are now leaving the Scottish residence, with Prince Harry being the first to leave this morning to reunite with his wife Meghan Markle in London.

Other royals, including Prince William, the Earl and Countess of Wessex, and Princess Anne are expected to travel to London throughout the day.

Following on from the Accession Council, the first public proclamation of the new sovereign will be read.

This is delivered open air from the Friary Court balcony by the Garter King of Arms at St James’s Palace.

It will be read out across UK capitals – Edinburgh, Cardiff and Belfast.

The Royal Family has now entered a period of mourning that does not need to be observed by the public, but the next fortnight is set to be very different from normal life across the UK.