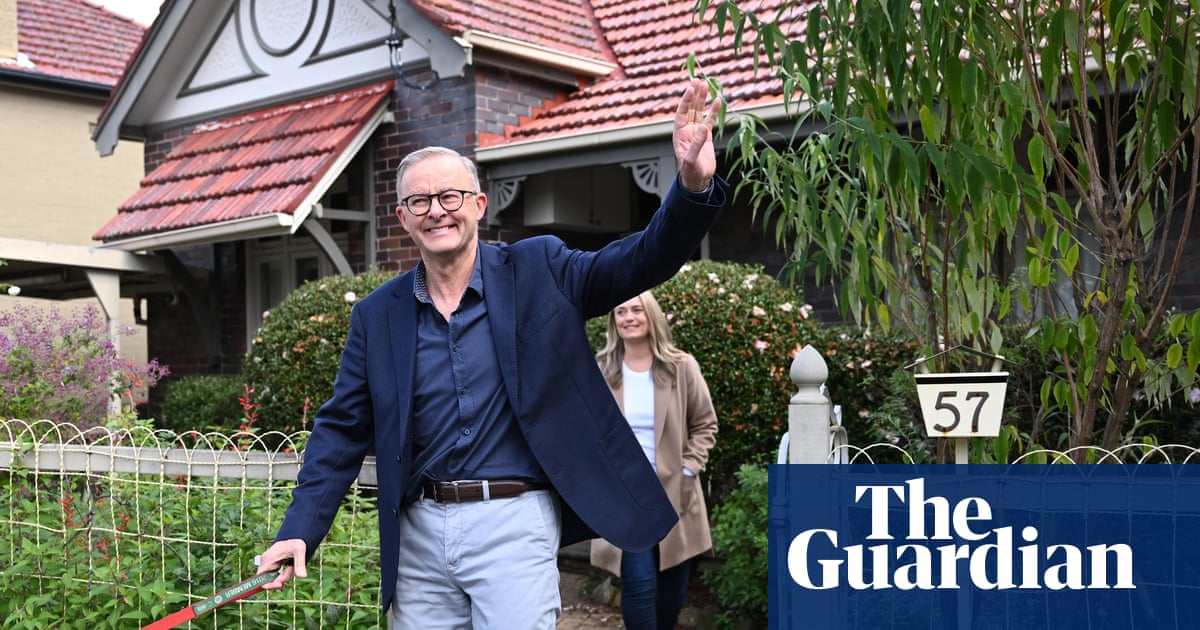 Australia’s prime minister-elect, Anthony Albanese, looks increasingly likely to form a majority government, with the party inching ahead in 78 seats across the country, as the Liberal party descends into turmoil following Saturday’s election rout.

As counting continued on Sunday, Labor leader Albanese took part in briefings with senior public sector officials to prepare him for Tuesday’s meeting of the quadrilateral security dialogue in Tokyo, which he will attend with the incoming foreign affairs minister, Penny Wong.

Albanese is expected to have one-on-one meetings with the US president, Joe Biden, Japan’s prime minister, Fumio Kishida, and India’s prime minister, Narendra Modi on the sidelines of the official Quad summit before returning to Australia on Wednesday.

Wong said travelling to the Quad meeting in the government’s first week in office “signifies how important we believe this partnership is for our security”.

She said the new government would be “taking new energy and much more to the table – including our commitment to act on climate change after a lost decade”.

Albanese and his senior leadership and economics team will be sworn in at government house in Canberra on Monday, with Jim Chalmers to become the treasurer, Katy Gallagher the finance minister and Richard Marles widely expected to nominate defence as his portfolio of choice.

Marles will be acting prime minister while Albanese is in Tokyo.

Visiting a cafe in his home suburb of Marrickville on Sunday, Albanese said the result was a “really big moment” in his life, and he wanted it to be a seminal moment for the country.

“What I want it to be is a big moment for the country,” he said.

He has flagged that on his return he will convene his first meeting of the national cabinet with all the state and territory leaders, which is now overwhelmingly comprised of Labor leaders.

With a national two-party swing towards the party of almost 4%, counting on Sunday showed that Labor was on track to increase its gains across metropolitan Australia, ahead in Bennelong in New South Wales and Deakin in Melbourne, and within striking distance of picking up the formerly safe Adelaide seat of Sturt, the seat of Moore in Perth’s north, and Menzies in Melbourne’s north-east.

If Labor is successful in winning these seats, the Liberal party will hold no ground in Adelaide or Perth, and only Alan Tudge’s seat of Aston across greater Melbourne after it lost the seats of Higgins and Chisholm to Labor, and Kooyong and Goldstein to teal independents.

Labor has also clawed back ground in the NSW south coast seat of Gilmore which has seen a swing towards former NSW transport minister Andrew Constance, and was ahead in the Tasmanian seat of Lyons.

As shellshocked Liberals were coming to terms with the electoral loss, which has seen them lose more than 15 seats to Labor, the Greens and teal independents, MPs were preparing for a change in leadership to the former defence minister Peter Dutton.

Guardian Australia spoke to MPs across the factions on Sunday, with most predicting that Dutton would stand unopposed for the leadership position, despite concerns among moderate MPs about the party moving too far to the right.

Moderate MPs suggested that Dutton was not as conservative as his public persona suggested, with others pointing to him being less religious than Morrison as a quality that would make him acceptable to a broad cross-section of the party room.

However, some MPs are still hopeful that another leadership candidate could emerge, with the country Liberal MPs Dan Tehan and Angus Taylor touted as possible alternatives.

After the loss of moderate MPs in teal seats, the diminished Coalition party room is likely to be far more conservative than before the election, with Queenslanders expected to have the most influence on the decision.

A question mark remains over who is likely to become the party’s deputy leader, with female MPs Andrews or Sussan Ley touted as possible options, or Jane Hume or Anne Ruston from the Senate.

All are understood to be considering their options.

But as attention turned to the prospect of a new leader, the party split over what lessons should be heeded from the result, with senior moderate Simon Birmingham calling for the party to do more to connect with professional educated women, and to do more on climate change.

Another senior moderate slammed Morrison’s destruction of the Liberal party’s “broad church”, saying “Morrisonism has got to be put to death.”

“Morrisonism is economic populism and culture wars – that was poison for us in the city. We’ve got to return to economic rationalism and social liberalism.”

But conservatives rejected the Left’s claims, with Nationals MPs and conservatives insisting that the result showed the need for the party to turn its attention to the outer suburbs and regions where climate change was not a concern.

“The policy agenda we took to the election was signed, sealed and delivered by the moderate wing of the Liberal party … Doubling down seems to be the definition of insanity,” Nationals senator Matt Canavan said.

Liberal senator Alex Antic declared that the “Liberal party’s experiment with the poison of leftism and progressivism must be over”, while Gerard Rennick said the party should have focused on cost of living concerns rather than climate change.

The outgoing superannuation minister, Jane Hume, said that as the party was analysing the defeat, “we need to ensure all voices are in the room”.

“The Liberal party thrives when all voices are heard,” she said. “And the country needs a strong Liberal party. There will be a lot of ideas to ensure we don’t remain in opposition, but it’s too early to start. We don’t want to read the entrails until we’ve gutted the chicken.”

The outgoing prime minister, Scott Morrison, has confirmed he will stand down as leader, saying the Liberal and National parties would now “reflect and rebuild”.

Attending a service of his local Horizon church, Morrison said that he and his family had been grateful to his “church family” in the Sutherland shire.

“You’ve given us a great foundation from which we can walk, what has been a very difficult walk, I have got to tell you,” he said.

“God calls us, whether you’re a prime minister or a pastor, running a business, teaching in schools, working in the police force, it doesn’t matter.”